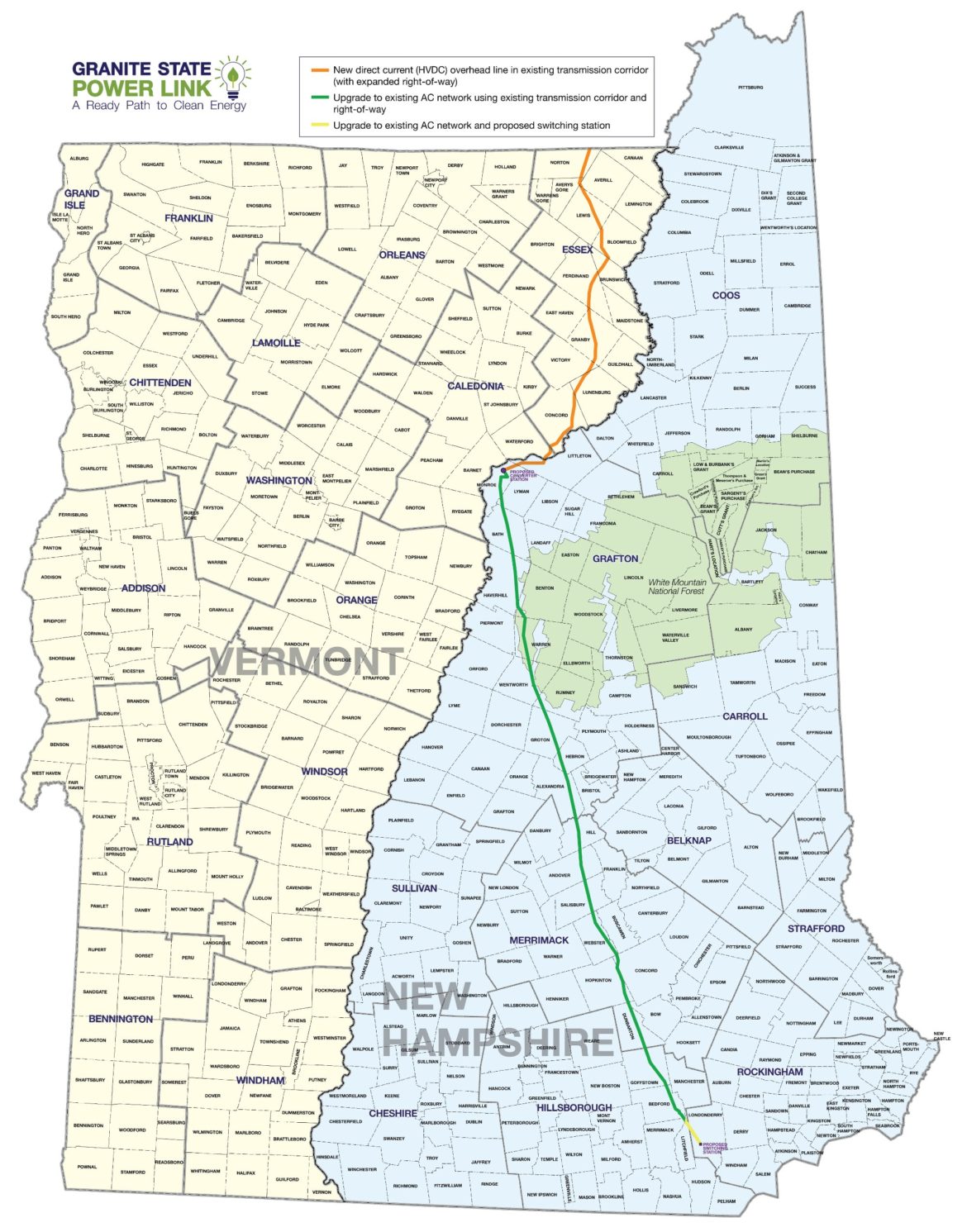 Representatives of Granite State Power Link, which plans to deliver 1,200 megawatts of wind energy from Canada to New England, has invited state lawmakers,  the Congressional delegation, the Governor and Executive Council and staffs to a briefing on their proposal Wednesday at the Barley House in Concord.

The noon meeting is closed to the press, according to Shannon Baxevanis, the project’s outreach manager.

It doesn’t appear that Republican Gov. Chris Sununu will make it as the event is not listed on his public calendar and he is a solid supporter of the project’s competition, the Northern Pass Transmission project.

According to its website, Granite State Power Link will require an interconnection upgrade to approximately 109 miles of existing alternating current transmission lines from Monroe to a new switching station in Londonderry.

“We’ll provide an overview of the project,” Baxevanis said, adding presenters will also draw the distinctions between GSPL and Northern Pass.

GSPL and Northern Pass each has submitted two bids into the Massachusetts Clean Energy RFP.

“While we will be highlighting the differences, we’ll be focused on the merits of Granite State Power Link,” Baxevanis said.

Northern Pass is currently before the state Site Evaluation Committee, in the middle of adjudicative hearings that will determine whether the state grants a permit to build the 192-mile high-voltage project to bring Hydro-Quebec electricity to southern New England.

Northern Pass would run from Pittsburg to Deerfield. The project has met with strong opposition, something GSPL has so far avoided.

There are key differences between the two, Baxevanis said. GSPL will cost $1.1 billion to build compared to $1.6 billion for Northern Pass.

GSPL would reduce far more carbon emissions than Northern Pass because it is a wind project, she said. “We’re proposing to build it adjacent to or within the existing right of way,” Baxevanis said.

“And, of course, they require additional land along the entire length of the proposed line in Vermont – and there is no evidence they have obtained any of that land,” Murray said.