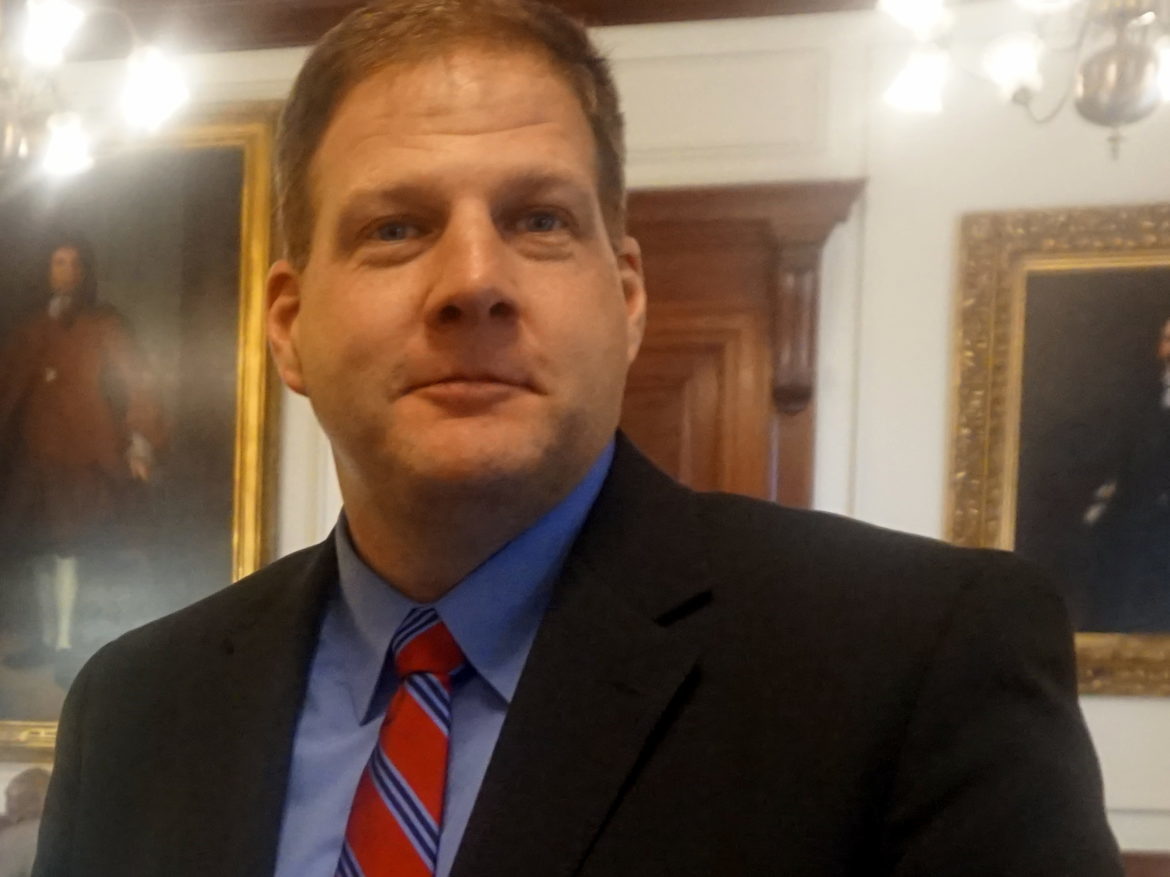 The visit, which was detailed in a press release Eversource issued late Wednesday afternoon, was not included in the daily schedule that Sununu makes public and sends to reporters.  Sununu, his spokesman and Eversource spokespeople did not return requests for comment on Wednesday evening. This story will be updated if they do respond.

Sununu, a Republican who strongly supports Northern Pass, has been criticized for refusing to meet with North Country people about the controversial project.

Eversource Energy is Northern Pass’s partner in the proposed $1.6 billion, 192-mile high-voltage transmission line that would bring Hydro-Quebec electricity from Pittsburg to Deerfield, then on to the New England grid.

According to Sununu’s public schedule for Wednesday that was sent to reporters on Tuesday, he was going to attend the Executive Council breakfast and regular Governor and Council meeting on Wednesday morning and meet with his new Governor’s Millennial Advisory Council in the evening.

But according to an Eversource press release, Sununu visited the electrical lineworker training program at the Manchester Community College some time during the day.

“Completing various exercises alongside students during a regular training session, the Governor, Eversource New Hampshire President Bill Quinlan, Senate President Chuck Morse and local legislators got an up-close look at how the program is preparing the next generation of lineworkers for careers in the electrical utility industry right in their own backyard,” the release said.

“We are excited to partner with MCC and the IBEW to offer what is proving to be a highly successful program,” Quinlan said in the release. “These two organizations share our vision of serving the people and needs of our state by developing and attracting highly-skilled workers that businesses need to grow and thrive here in New Hampshire. This is great news for the continued reliability of the electric system, as well as for our state’s economy.”

Sununu was the only candidate during the election to support Northern Pass and was criticized for accepting nearly $18,950 in campaign donations from Eversource and its employees. Eversource was a $25,000 donor to Sununu’s inauguration fund.

Quinlan was also listed as one of 44 hosts for a fundraiser May 4 at the Bedford Village Inn in which hosts were listed at $1,000 each and attendees at $500 a person.

At the time, Eversource spokesman Martin Murray told InDepthNH.org: “I’m certain that Bill is happy to support the governor in the same fashion as the dozens of other business leaders on the invitation.”

Murray added: “The Site Evaluation Committee process has been ongoing since 2015, when we filed our application. It is extremely comprehensive and transparent, and the governor is not a party to that process.”

The state Site Evaluation Committee, which consists of representatives from state agencies, had just started the adjudicative process at that point and has since been holding hearings in Concord. The hearings will continue Thursday and through the end of the year.

Hi all, I have a few questions about the news release below about Gov. Sununu’s unscheduled meeting with Eversource president Bill Quinlan, Senate President Chuck Morse,  Dr. Bicknell and students at MCC. (see below.)  Please respond to Nancy West at nancywestnews@gmail.com

Who were the other legislators on this trip? When was it scheduled? Was there anything political behind it relative to Northern Pass? Does Eversource finance this course? Did everyone invited on the visit support Northern Pass as Gov. Sununu does?

Was Northern Pass mentioned during the visit among the guests or with the students? Does Manchester Community College support Northern Pass? How much do students pay? Was there something special going on today? Can you send me some photos? I am including the Media Advisory I received from Gov. Sununu about his schedule for today and it doesn’t include this visit to MCC.

Why wasn’t this on Gov. Sununu’s public schedule for today? Was it deliberately kept from the press and public? See below. Thanks for your attention to these questions. Thanks Nancy West 603-738-5635, InDepthNH.org, your nonpartisan, nonprofit news website in NH

Note: The Council breakfast will include a tour of the Anheuser-Busch Brewery and meeting the Clydesdale horses.