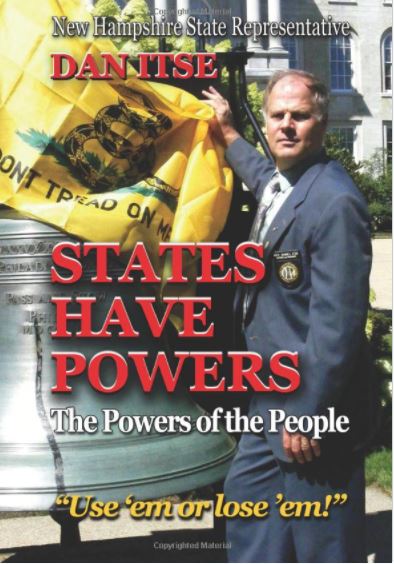 Dan Itse's book "States Have Powers, the Powers of the People - Use 'em or lose 'em" is available at Amazon.com

State Rep. Dan Itse, R-Fremont, provides a Republican perspective to what’s going on in the legislature for InDepthNH.org readers. An engineer, Itse has represented Rockingham County since 2001.

By Rep. Dan Itse, R-Fremont
View From Inside the Dome

CONCORD – The Legislature generally takes a break during the summer.

Beginning in September, we resume our activities in determining the public policy of the state of New Hampshire.  We begin holding public meetings on retained bills, those bills that we felt had merit, but we could not resolve in the regular session.

We must issue Committee reports on those bills in early November and they will be the first order of business when we begin the session in January.

The open submission period is also in September.

This is when we can submit new legislation for consideration in the coming session.  The titles of the Legislative Service Requests (LSRs) are now becoming available on the General Court website.  I have submitted 14 of which I will be the prime sponsor.  A few are new ideas, but most are concepts that I have been working on for two more terms. 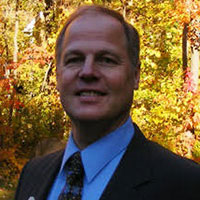 One radical idea that began in 2010 is that the limits on giving to all churches should be the same, and churches should no longer be able to impose a property tax.  Maybe this is the magic year.

More recently there has been an astounding statement by the Speaker that those who identify with principles of the Free State Project shouldn’t be considered Republicans.  He claims that when Jason Sorens announced the selection of New Hampshire as the Free State destination that he advocated secession from the United States of America.

As a Republican member of the New Hampshire of Representatives since 2001, and having one the higher records in voting in accordance with the Constitutions and the NHGOP Platform (A or A+ for the last 17 years), I find it hard to find the right word to describe my reaction.  When I speak at events, I refer to members of the Free State Project as reinforcements.  I know that there are at least a few members of House Leadership who agree with many of the principles of the Free State Project.

I also know that there has been a long-standing tension between the Republican establishment and those who are more liberty minded.  This was first manifested in 1996 with the creation of the New Hampshire House Republican Alliance.

The House Republican Alliance has worked consistently to require more roll call votes so that the people can examine the voting records of their Representatives.  Those roll call votes have been identified with their position relative to the Constitution of the State of New Hampshire, the Constitution for the United States of American and the NHGOP Platform, and a report of each Legislator’s score for the Session is available at www.nhhra.org going back to 1998.

The growing movement of conservative Republicans that began with Ronald Reagan has been reflected in the shift of the NHGOP Platform that has been ongoing for the last 25 years.  Yes, I identify limited government constrained by the Constitutions implemented by the people.  Yes, I believe they should be interpreted as those who wrote them, or amended as they intended.  Yes, I believe that if the Constitution for the United States of America is silent on a subject, the power is reserved to the States or the people respectively, and the government of the United States has no legitimate power in those areas.

No, I do not believe that the judiciary has the legitimate power to alter the interpretation, as that would render our Constitutions and the people powerless.

I have developed these thoughts in a book available on Amazon, “States Have Powers, the Powers of the People – Use ’em or lose ’em.”