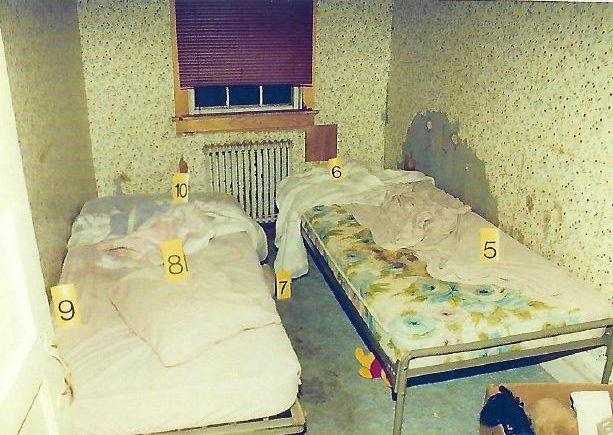 Dale’s last petition for a new trial three years ago was dismissed in state court by Judge Kathleen McGuire, who was also the trial judge in Dale’s case. It would be extremely rare for a federal judge to grant Dale a new trial, according to Assistant Attorney General Elizabeth Woodcock who represents the state in Dale’s case. 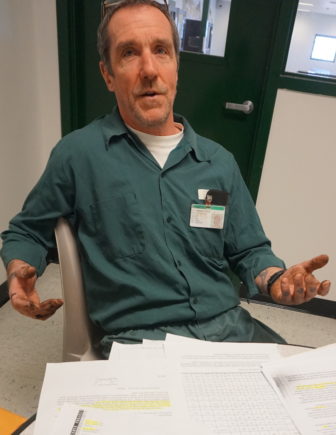 Jim Dale is pictured at the Northern NH Correctional Facility in Berlin with documents he has compiled in his appeal.

“It would have to show that the state courts were wrong and Mr. Dale was deprived of his federal constitutional rights,” Woodcock said. She didn’t know of any such case that prevailed in New Hampshire.

Dale, 59, who is serving a minimum of 60 years for raping and smothering Elizabeth Knapp, 6, in her bed in Hopkinton 20 years ago, insists he is innocent, which is his best argument for overcoming the one-year statute of limitations on filing his appeal, according to court records.

Johnstone recommended that the state’s motion to dismiss Dale’s latest petition for habeas corpus relief be dismissed, at least in part. Dale may be able to move forward on the portion of his petition that involves allegations of ineffective counsel in his original trial because he is claiming actual innocence.

The actual innocence exception “applies to a severely confined category: cases in which new evidence shows ‘it is more likely than not that no reasonable juror would have convicted’” (Dale) in light of the new evidence, Johnstone wrote.

Dale, however, saw Judge McAuliffe’s order as moving another step closer to his goal. He wants the judge to at least order a hearing so he can call witnesses or for the judge to order a retrial.

During a weekend call to InDepthNH.org from the Northern NH Correctional Facility in Berlin, Dale said: “I’ve spent a long time waiting.”

Dale said he wasn’t sure what to make of the fact that Woodcock didn’t object to Johnstone’s report. “I’ve been on pins and needles, but I’m very happy,” Dale said.

Dale believes Judge McAuliffe could automatically grant him a new trial or order an evidentiary hearing, but that is unlikely, according to Woodcock.

Magistrate Johnstone said in summarizing Dale’s case that his ineffective counsel claim likely centered on the fact that the victim’s mother Ruth Knapp wasn’t called as a witness.  Ruth Knapp had told police that she watched another man, her then-live-in boyfriend rape and kill Elizabeth.

Johnstone said Dale’s actual innocence claim was based largely on trial counsel’s failure to call the victim’s mother Ruth Knapp as a witness.

“Trial counsel failed to call Ruth Knapp as a witness who would have testified that she saw (Richard) Buchanan commit the crime,” Johnstone wrote in summarizing Dale’s claims.

Through Dale’s state appeal three years ago, it became public that his defense attorney Nicholas Brodich and former U.S. Sen. Kelly Ayotte, who prosecuted Dale when she was an assistant attorney general, had a romantic relationship. Brodich and Ayotte both said they dated, but did nothing wrong because it was after Dale was sentenced.