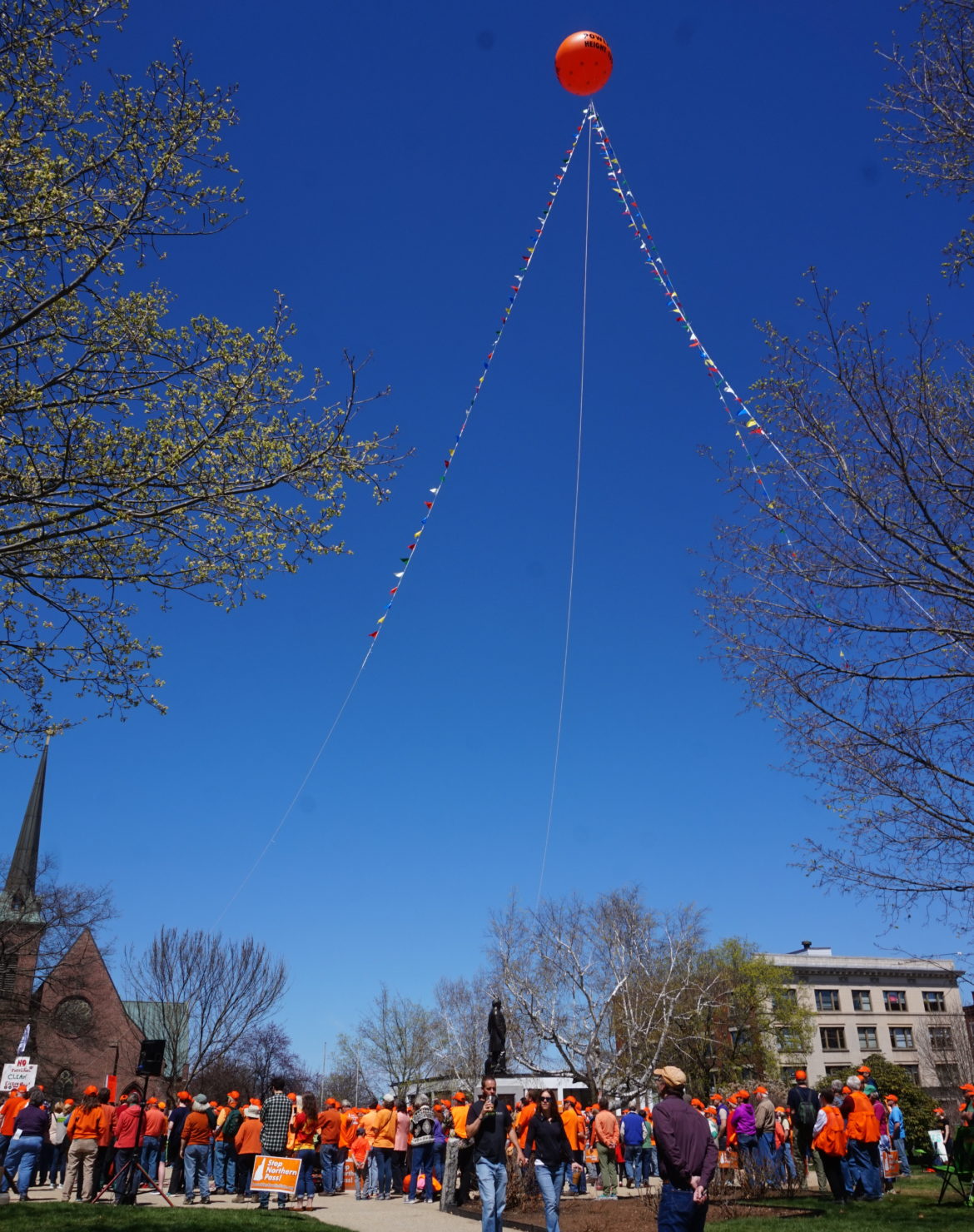 The big orange balloon is flown at about the same height as the high voltage transmission towers will be if the Northern Pass project is built, protesters said.

See video below, too.

CONCORD — Radio personality Brian “Bulldog” Tilton spoke to about 350 protesters who circled the State House Sunday to show their disapproval of Eversource’s plan to build a 192-mile high-voltage Northern Pass transmission line from Pittsburg to Deerfield.

Tilton reminded the protesters, many of whom traveled a couple of hours from the North Country, that Eversource New Hampshire president William Quinlan told them early on that it would cost 10 times more to bury the controversial powerline and that it was impossible because of the state’s granite.

“I guess that’s what happens when you testify under oath,” Tilton said. He also reminded the group that Northern Pass said there would be 2,600 jobs created. Testimony at recent hearings indicated that every one job that lasted for three years was counted as three jobs.

Peter Martin of Plymouth spoke to the crowd as well. The people of New Hampshire, its communities and the environment have never been a consideration of Eversource, Martin said.

“That was a mistake because Eversource is now facing serious public and financial blowback,” Martin said. He believes Northern Pass is the linchpin for a massive buildout all over New Hampshire. “We are all in danger,” Martin said. “It’s a necessary first step in a massive project,” Martin said.

Dolly McPhaul, Rick Samson and a number of others spoke to the group. Speakers encouraged people to write to the state Site Evaluation Committee, which will decide whether to approve or deny Northern Pass’s application to bring 1,090 megawatts of hydroelectricity from Hydro-Quebec through New Hampshire to the New England grid.

Speakers also encouraged the crowd to contact their lawmakers to tell them to vote against Senate Bill 128, which was billed as a way to lower electric rates. Speakers said it would do the opposite.

McPhaul of Sugar Hill thanked John Harrigan of Colebrook for coming up with the idea of Sunday’s protest, but said he couldn’t be there because of health issues.

“When I first learned about the Northern Pass, I was astounded. I could not believe any company or any person could consider putting ugly monstrous steel towers twice the size of a pine tree” through our country side and towns. “I just wanted to say, how dare you?” McPhaul said.

Harrigan’s presence was missed. He suffered two heart attacks last week, but reached by phone Sunday said he is feeling better and on the mend.

Jane Abbott Sweatt of New London and Errol, emailed a letter to Harrigan via InDepthNH.org.

“Dear John,
I also want to say that your current health was discussed as to why you were unable to make it today. I will first send my wishes for steady improvement so you can enjoy all things spring in Northern NH.
I was proud to clap and cheer in acknowledgement of your great work to get people energized about stopping the Northern Pass today at the march in Concord, NH. It was a successful event I believe with many dedicates supporters of all ages in attendance …”

“I just wanted you to know the day was beautiful, the event well attended with great speakers and thought provoking words,” Abbott Sweatt wrote.

“We all want what is best for New Hampshire and for our families – and that includes clean and economic sources of energy as well as jobs. There are some who disagree with how Northern Pass proposes to deliver those significant benefits.

“We have to earn a permit from the N.H. Site Evaluation Committee. Its decision will be based on facts – and on our demonstration that our proposal is a sensible one. We are confident that we’ll be successful,” Murray said. 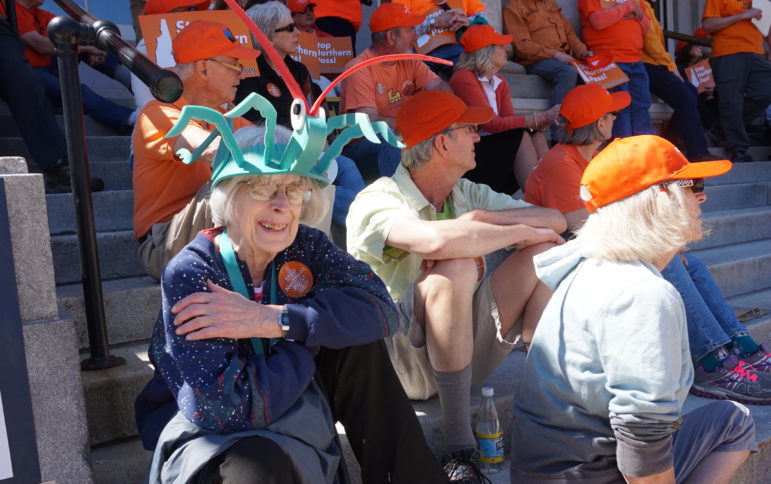 People of all ages from all over New Hampshire gathered to circle the State House in Concord on Sunday to protest the Northern Pass proposed transmission line. Rick Samson, left, and Jim Rubens at right. Dolly McPhaul is in the background at the Northern Pass protest Sunday. 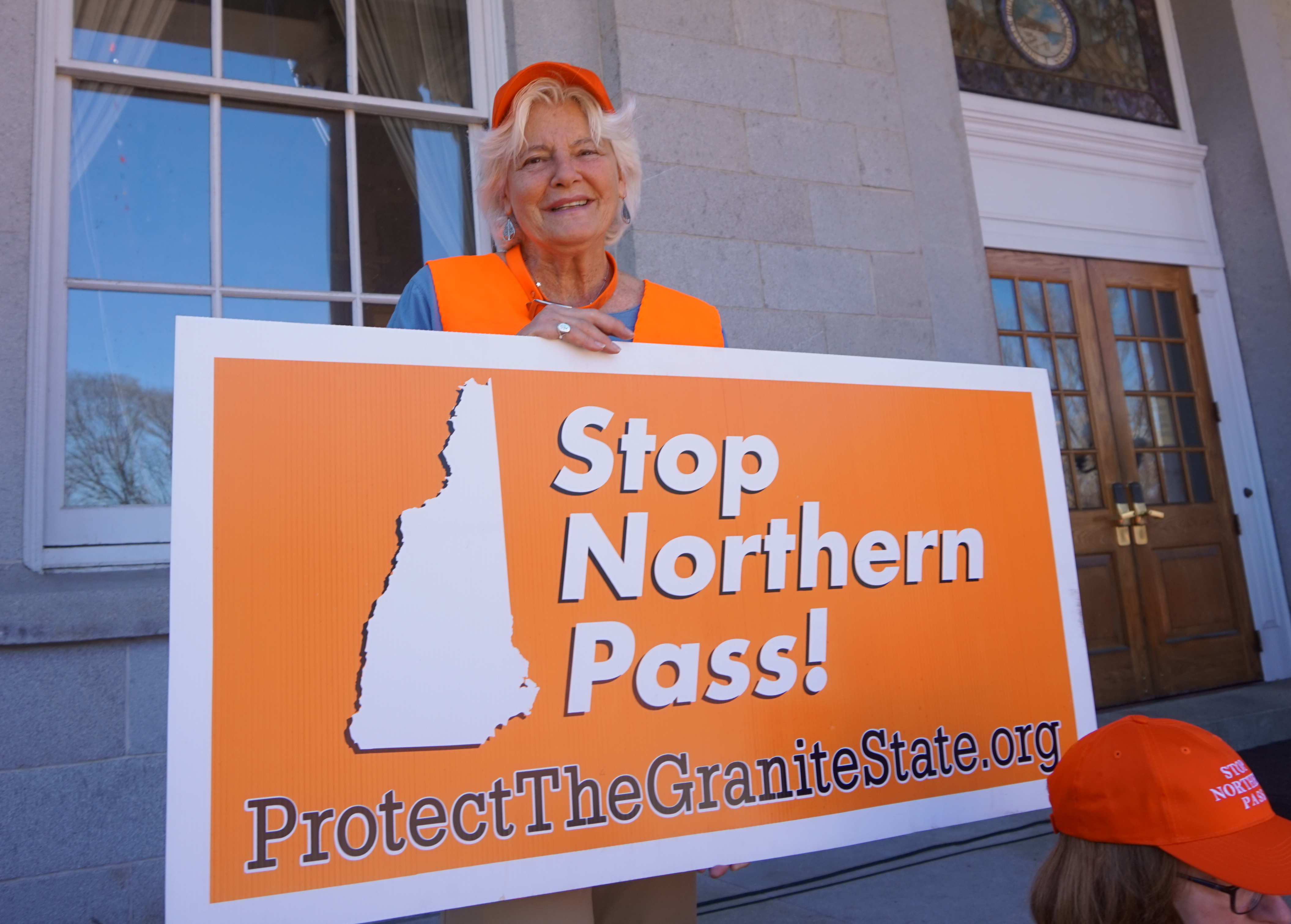 Some were tethered by electrical cords as the Northern Pass protesters circled the State House on Sunday. 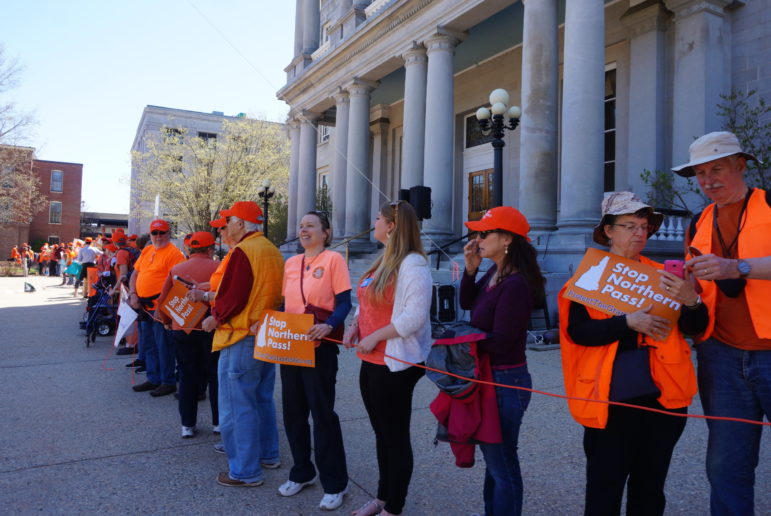 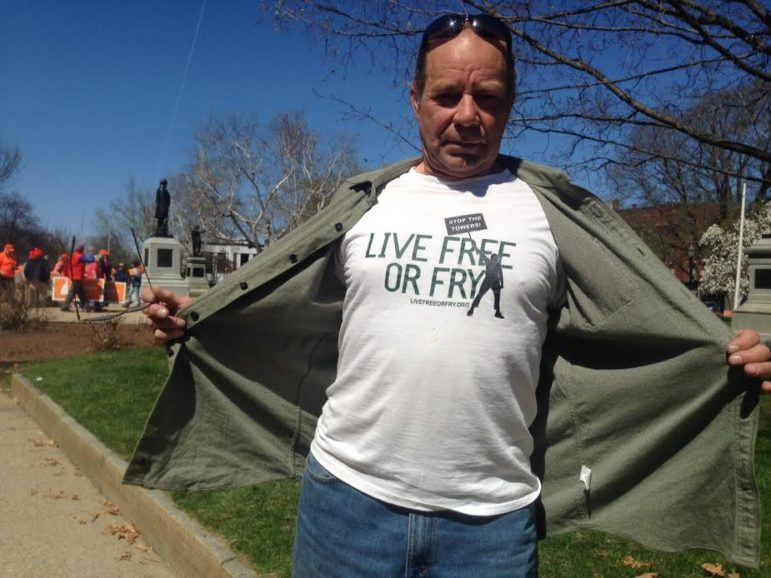 Rick Johnsen of the Poore Farm in Stewartstown.