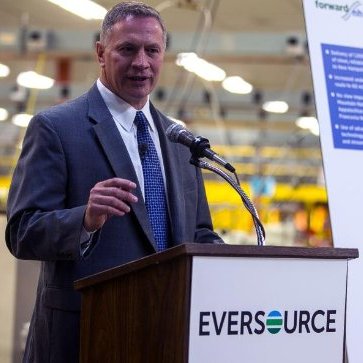 CONCORD — Amid ongoing confusion, the trial-like proceedings that will determine whether the state approves or denies Northern Pass’ application to build a 192-mile transmission line from Pittsburg to Deerfield will begin on Thursday, April 13.

William Quinlan, president and chief operating officer of Eversource, Northern Pass’ partner in the project, is scheduled to testify first. The hearings before the Site Evaluation Committee — as many as 25 in all — are expected to last into the summer and will be held in Concord at 49 Donovan St.

A total of 25 businesses, organizations, municipal groups and individuals are scheduled to cross-examine Quinlan with Thursday’s hearing expected to wrap up no later than 5:15 p.m.

Philip Bilodeau of Deerfield said he is number 20 on the list to cross-examine Quinlan. He is taking the day off from work as Concord’s deputy director of the general services department, but is worried time might run out on Thursday.

“We would lose our chance,” Bilodeau said. “I’m not clear what I can ask. I will ask as much as I am able to until they stop me.”

A prehearing conference on April 4 added more confusion than clarity, he said.

Bilodeau said he is not sure how to navigate the complex legal process. He and his wife Joan have actively opposed Northern Pass because the substation where it will end in Deerfield is not far from their backyard.

Bilodeau said he and Joan have already bought orange sweatshirts to join the April 23 circling of the State House in Concord to protest the project.

Northern Pass is seeking to bring 1,090 megawatts of hydropower from Canada through New Hampshire to the New England grid. Some intervenors have been working on their legal arguments since first learning of the project in 2010.

Kris Pastoriza serves on the Easton Conservation Commission. She was arrested for blocking work in Easton along Route 116 where project subcontractors were scheduled to drill bore holes in August.

“Like many intervenors, I have spent hundreds of hours reading portions of the application (the whole application would take months of reading non-stop), doing research, looking at discovery data (submitted by the applicant in response to questions at tech. sessions), trying to find discovery data ….,” Pastoriza said in a long email explaining the complex issues intervenors have to study to make their case.

The report on the prehearing conference that was held April 4 was posted on the Site Evaluation Committee’s website on Tuesday. It was written by the SEC’s legal counsel Michael J. Iacopino, then approved by Martin Honigberg, the SEC’s presiding officer.

According to the report, Iacopino invited the parties to express their understanding of the procedural schedule.

“The parties expressed some confusion as to how issues assigned to different ‘tracks’ will be litigated,” the report said.

It went on to say that Northern Pass will present its entire case-in chief first, before other parties will be required to present witnesses. It was determined that a third prehearing conference will be scheduled when Northern Pass is finished presenting its case to organize the balance of the proceedings.

“Some parties expressed confusion as to which issues will be addressed by which witness and were concerned that they might, as a result of confusion, fail to ask questions of the appropriate witness,” the report said.

The parties were advised to carefully read the pre-filed testimony prior to the hearings to understand the issues addressed by each witness.

Northern Pass spokesperson Martin Murray said: “It’s great to get to this point of actually beginning the final phase. We have to earn the approval of the SEC by demonstrating that the project has achieved that fine balance of providing significant benefit to New Hampshire without a significant adverse impact.  We can do that.

“It’s our sincere belief that Northern Pass offers tremendous benefit to the people of New Hampshire, in terms of jobs, tax revenue, lower energy costs and cleaner air. The SEC hearings provide the opportunity for a fact-based examination of the case we’ve made and, ultimately, a decision,” Murray said.

Intervenor Daryl Thompson said she and her husband Brad have been fighting Northern Pass since the fall of 2010, when the first meetings were held in Colebrook.

“We’ve had several rallies and meetings at the house over the years, and this past year or so we’re definitely putting in 30 to 40 hours a week — each!  Brad does the research, and I do the typing and filing,” she said.

Rick Samson is a Coos County Commissioner for District Three and also the spokesman for his intervenor group.

He’s not going to be able to make the hearings this week because of foot surgery. It’s a 164-mile drive each way for him to the Concord hearings.

“I’ll go as much as I can. If I have to stay over I will,” Samson said. With the exception of some organizations, most intervenors travel at their own expense, he said.