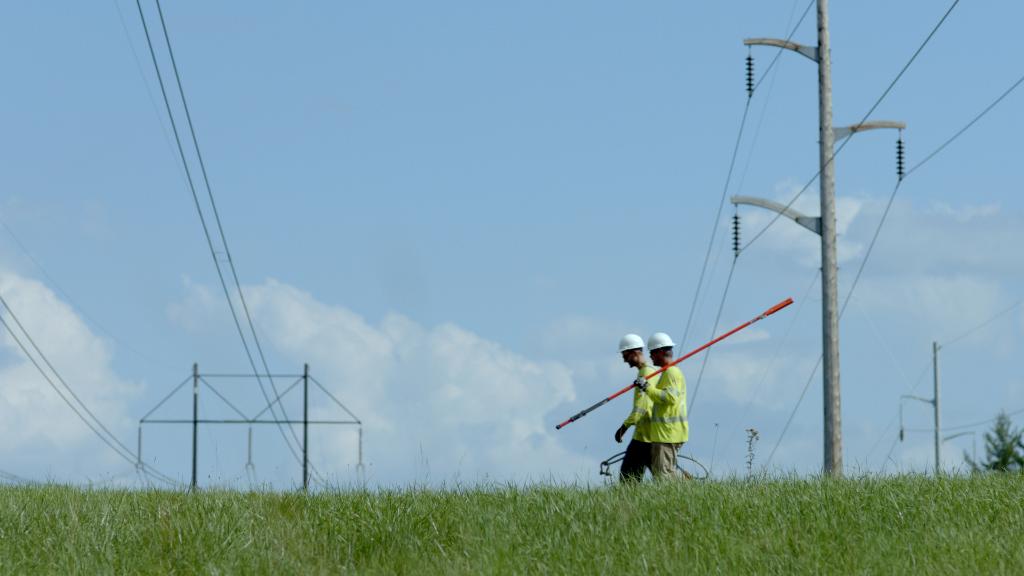 The fate of the Northern Pass transmission project lies in the hands of state regulators who are about to begin a key phase of the permitting process.

Adjudicative hearings, similar to court trials, are slated to begin April 13 and are expected to continue until mid-summer.

The hearings will help determine the Site Evaluation Committee’s final decision on the $1.6 billion dollar Eversource project to transport 1,090 megawatts of Hydro-Quebec electricity to New England over 192 miles of power lines stretching from the Canadian border to Deerfield.

Proponents of the project say the project will bring clean, renewable energy to the region, which will lower electric prices, create jobs, boost economic development and increase cities’ and towns’ tax bases along the route as well as provide additional tax revenue for the state’s coffers.

But opponents argue the transmission line will cut a new scar through North Country forests and fields as well as do other environmental damage, reduce tourism, lower property values, and flood the state and region with electricity they do not need.

The project’s benefits and harms have been argued at numerous meetings around the state before both state and federal regulators.

Lawsuits have been filed over Northern Pass, some settled and others still hanging in the courts.

Other issues have impacted the projected as well.

Late last month another major utility — National Grid — proposed a similar transmission line that would use existing rights-of-ways in Vermont and New Hampshire to bring hydro power from Canada to New England at a lower cost than Northern Pass.

And the Public Utilities Commission rejected a purchase power agreement between Eversource and Northern Pass that would have guaranteed New Hampshire 10 percent of the Hydro-Quebec electricity. Regulators said the agreement is inconsistent with New Hampshire’s electric deregulation law which requires the separation of power generation and transmission.

While a Northern Pass spokesman said the purchased power agreement is not needed for the final permit and was intended for New Hampshire to receive some of the hydro electricity, opponents touted the rejection as a blow against the project.

Sparring between the applicant and its supporters and project opponents intensified in the weeks leading up to the hearings.

A number of municipal groups and several other opponents asked regulators to suspend deliberations and extend its September deadline for six months. They said questions need to be resolved over who will pay project costs and potential violations of the transmission service agreement between Eversource and Hydro-Quebec.

And they said both questions revolve around a joint Everysource Hydro-Quebec proposal to supply electricity to a Massachusetts “clean energy” initiative. Requests for proposals for the initiative were due last week and a final decision expected this summer or fall.

The motion to suspend the proceedings follows reports in Canadian media that Hydro-Quebec was reassessing the project, something both the provincial company and Eversource said was not true.

The project received several needed permits and agreements in recent weeks as well including from the Department of Environmental Services that involve wetlands, terrain alteration, water quality and shoreline impacts.

Under the permits, the company agrees to use 1,621 acres for mitigation projects in five North Country towns and Pembroke, pay $3.4 million to the state mitigation fund and make $3 million available for conservation projects.

Similarly the Department of Transportation issued conditional permits for burying the lines along state highways but said final approval will need to wait until more detailed plans are finalized.

Now the applicants and supporters as well as the opponents will have one last chance to make their cases before state regulators decide whether to issue a site permit for the project that was first announced in 2010.

Witnesses for Northern Pass are expected to be heard first and questioned in the first four or five days of the hearings.

The adjudicative hearings begin at 9 a.m. at 49 Donovan Street in Concord and generally will be held Mondays through Fridays with some exceptions.