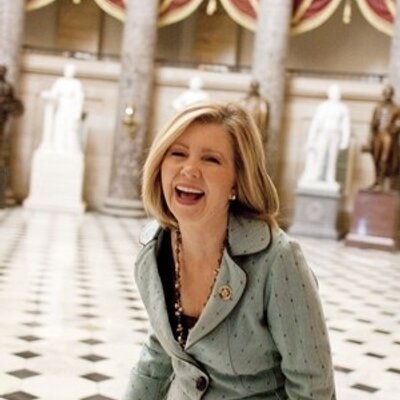 Tennessee GOP Rep. Marsha Blackburn was one of the foremost opponents of the FCC rule.

The House’s vote Tuesday approving a resolution that would allow Internet service providers to sell data about their customers’ browsing history split nearly along party lines. The final vote was 215-205, with 9 members not voting.

The Democrats voted against the resolution as a block. On the Republican side, 15 members split from their party and opposed the bill.

The resolution — which was approved by the Senate last week — blocks an FCC rule that would bar ISPs from selling customer data, including app usage, browsing history, even Social Security numbers, to marketers and others. Widely praised by privacy and consumer advocates when it was finalized last year, the rule hadn’t yet taken effect. Now — assuming  President Trump signs it, as he’s expected to — it won’t.

And not only that, but under the terms of the Congressional Review Act, which was the mechanism used by Congress to negate the rule, no such rule can ever be issued again.

We took a look at the contributions received by House members from the telecom industry, some elements of which very badly wanted this rule to die. They argued that they shouldn’t have to abide by restrictions tighter than the ones governing the behavior of companies like Google and Facebook. Those companies fall under the jurisdiction of the Federal Trade Commission.

So instead, they’re going to get no regulation at all on this matter.

Here’s what we found: While there wasn’t a huge difference in funds received by lawmakers overall voting for and against the resolution, there was a gap in the Republican vote. GOP lawmakers who voted to quash the rule received an average of $138,000 from the industry over the course of their careers.