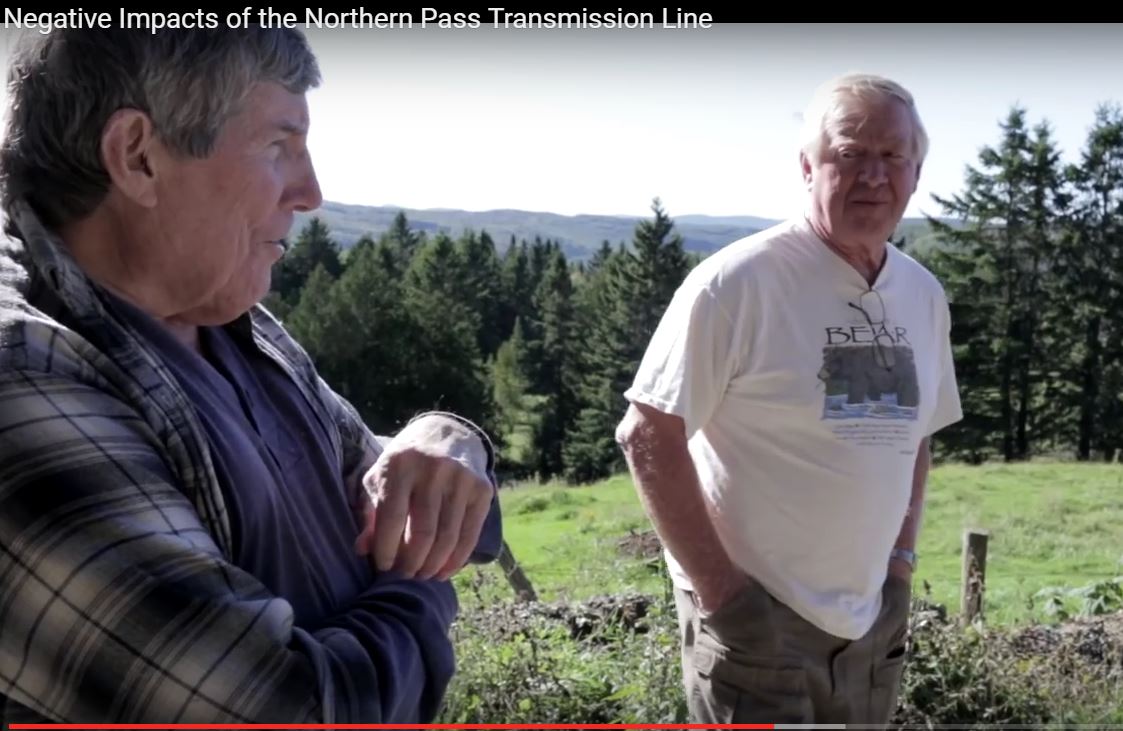 Opponents say they hope to capitalize on recent reports in which Hydro-Quebec said it won’t pay for the portion of the line in New Hampshire. Northern Pass has since tried to make it clear on its website that New Hampshire ratepayers won’t foot the bill for the $1.6 billion project.

The Northern Pass website said the cost will be “recovered through use of the transmission line for delivery of energy to New England.”

Gov. Chris Sununu’s spokesman David Abrams didn’t respond to an emailed question  on Saturday asking if the governor will attend or meet with those who turn out on April 23.  Sununu has spoken out in favor of Northern Pass on numerous occasions.

John Harrigan of Colebrook, an outspoken opponent of Northern Pass, said he got the idea for the rally last week after reading published reports indicating Eversource and Hydro-Quebec were at odds over paying for the transmission line.

(InDepthNH.org disclosure: John Harrigan is a longtime journalist who occasionally writes a column for InDepthNH.org)

“The reason this aroused such great interest is the public has been told all through the years that Hydro-Quebec was going to pay for construction all the way. Now it has said it is not,” Harrigan said.

The disagreement first surfaced when Hydro-Quebec said it wouldn’t pay to bury part of the line in New Hampshire.

“When I heard that, I said ‘the monster has been wounded,’ Harrigan said. “Now I want us to give it another good hard blow.”

Northern Pass, according to its website, will finance and build the U.S. portion of the line and Hydro-Quebec will pay for the section in Canada. Northern Pass spokesperson Martin Murray did not return an email request seeking comment.

Brad Thompson, whose Stewartstown home is directly impacted by Northern Pass, said he is already contacting friends in the Lakes Region to invite them to the rally.

Concord is expected to have a contingent of people show up because of the impact of the Northern Pass route there and Deerfield has some vocal opponents because of the proposed substation there.

Deerfield also has supporters such as Harriet Cady, the supervisor of the Deerfield checklist and former state representative.

Cady said she would never take away someone’s right to speak in favor or against anything. In Deerfield, supporting Northern Pass is not a popular position, she said.

“I’m passionate about it for a lot of reasons,” Cady said. She believes the state needs the electricity and that the project will bring much needed tax revenue if the substation is built in Deerfield.

The substation would mean $100 million worth of assessed valuation to the town, Cady said. On a $200,000 home, Cady estimated a reduction of about $700 in property taxes.

“I feel there has been too much misinformation about it,” Cady said.

Thompson said people should know how much the North Country now relies on tourism after so many people lost jobs in the paper mills and wood-related industries. Northern Pass will seriously harm tourism, he said.

“We’re seeing a slow increase in tourism,” said Thompson who believes New Hampshire ratepayers will end up paying for Northern Pass in the long run.

“Who else is there?” Thompson said.

Thompson said he and his wife, Daryl, spend anywhere from 30 to 35 hours a week as intervenors getting ready for the adjudicative proceedings before the Site Evaluation Committee. They will be held in Concord from April into the summer months before the state Site Evaluation Committee subcommittee that will decide whether to approve or deny Northern Pass’ application.

The SEC subcommittee must decide by September 30. Northern Pass must also get federal approval.

Harrigan said he is looking for a venue after the rally to gather before people head home on April 23.

“This is not a North Country thing. It’s an everybody thing. I cannot envision how big a crowd we might get on this,” Harrigan said.