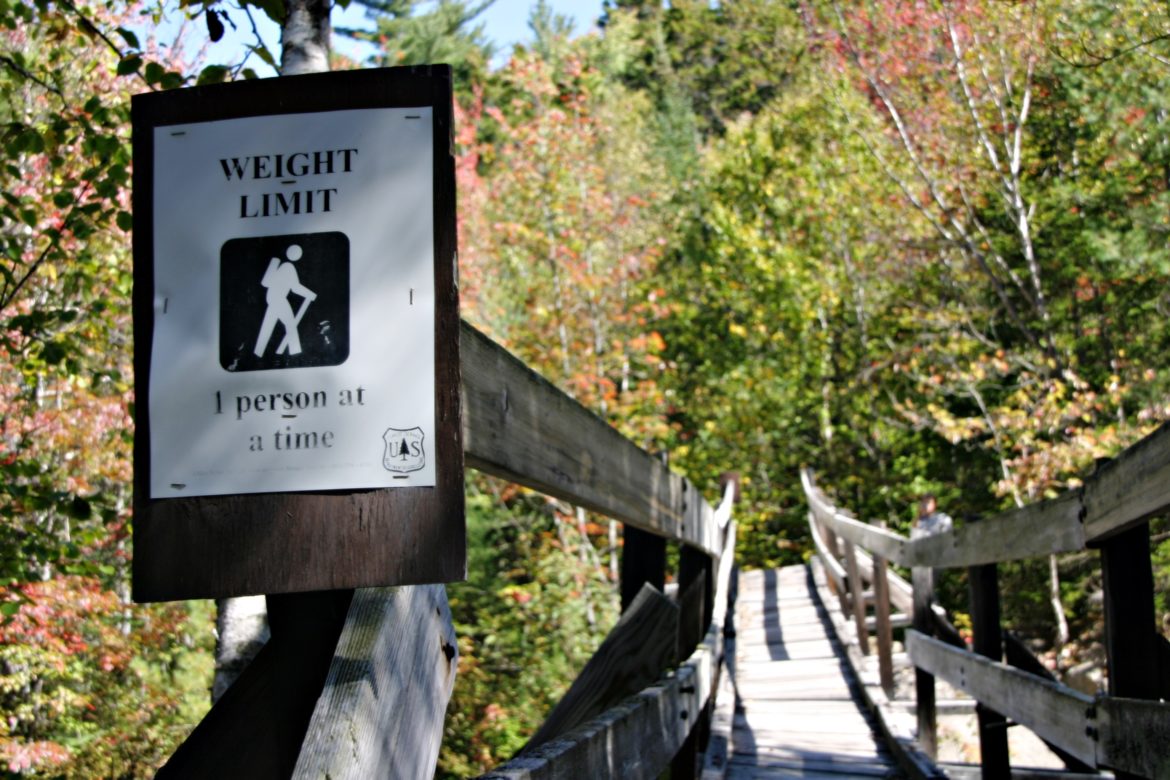 BETHLEHEM, New Hampshire – A decision on whether to replace a dilapidated, unsafe bridge in the Pemigewasset Wilderness Area probably won’t be made until this spring, Tom Wagner, the supervisor of the White Mountain National Forest, said Thursday.

The decision had been expected early in 2017.

But Wagner said there is a new ranger – Brooke Brown – in charge of that area and it’s important that she has time to become familiar with the issue.

In theory, there shouldn’t be any bridges in the Pemigewasset Wilderness Area.

But the Thoreau Falls Bridge over the East Branch of the Pemigewasset River was built in 1962. That was about two decades before the 45,000-acre tract was designated a wilderness area.

In 2011, the forest service determined the bridge was no longer safe due to its age and damage from Hurricane Irene. It remains open, but a sign recommends that only one person cross at a time.

In 2015 the forest service began collecting public comments on what to do.

Under the federal Wilderness Act, there aren’t supposed to be any bridges in a wilderness area. Those who favor removal say a bridge simply is not appropriate because it diminishes the wilderness experience.

But a man-made structure is allowed if it is needed to protect hikers from a serious danger.

Advocates for keeping the bridge say high water can make fording dangerous and hikers who have traveled miles may risk it rather than go back.

In comments to the forest service, 69 people wanted the bridge removed, while 78 wanted it replaced.

A draft report on those comments and the forest service’s analysis was expected at the end of the summer. But the report is not finished yet, Wagner said Thursday.