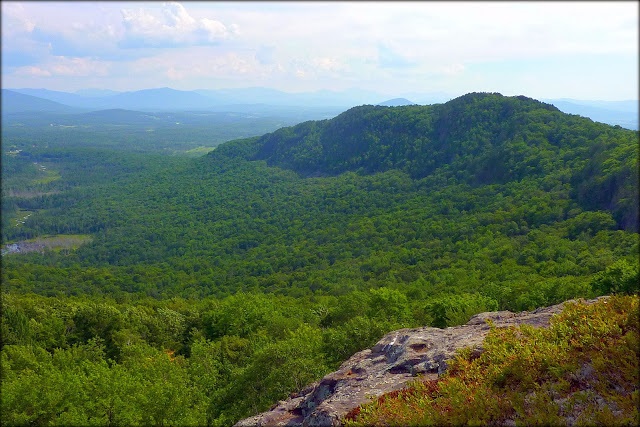 The U.S. Department of Energy is holding two meetings in New Hampshire about Northern Pass next week, but the public and the press aren’t allowed to attend.

Only people and groups that have been designated as “consulting parties” by the federal energy department will be allowed to attend the Northern Pass meetings in Concord and Whitefield on Dec. 14 and 15 respectively. Officials from Northern Pass and the New Hampshire Division of Historical Resources are on both agendas.

The secrecy has upset opponents of the controversial proposal that Northern Pass and Eversource plan to build – a 192-mile high-voltage transmission line from Pittsburg to Deerfield. The 1,090 megawatts of hydroelectricity from Hydro-Quebec would then be sent on to the New England grid. Northern Pass spokesman Martin Murray said he was unaware of the situation on Wednesday and would look into it today.

Kris Pastoriza is a member of the Easton Planning Board, which is an intervenor opposed to the project. Pastoriza, who has been fined for refusing to move from one of the Northern Pass work sites to protest in August, is also a designated consulting party.

Still, she complained via email to Caitlin Callaghan, who is coordinating the meetings for the energy department, that the press and public should be allowed to attend the meetings.

“Caitlin, I do not believe it is legal for the DOE to prevent non-consulting parties from attending these meetings,” Pastoriza wrote. “This continued secrecy is absurd and only serves to enable damage to the resources DOE is supposed to be identifying and recognizing so they can be protected.”

She said contractors and the Department of Energy ignore whole mountain ranges such as the Kilkennys, Percy Peaks, Nash Stream Forest, Cape Horn and others.

By law, U.S. citizens have a voice when federal actions will affect properties that qualify for the National Register of Historic Places, the nation’s official list of historic properties, according to the Citizens’ Guide about Section 106.

Pastoriza also asked for the list of consulting parties that she said she has been seeking for two years.

When reached by phone, Callaghan said: “The press is not able to come.”

Callaghan wouldn’t explain the federal Section 106 process that is underway. It involves the writing of the Programmatic Agreement, which will spell out how Northern Pass identifies and deals with New Hampshire’s historic resources, including cultural landscapes, according to Elizabeth Merritt, general counsel for the National Trust for Historic Preservation.

It is required because Northern Pass is seeking a federal Presidential Permit because it crosses international borders, Merritt said. Callaghan referred InDepthNH.org to the DOE press office, which didn’t respond to questions on Wednesday.

Merritt said keeping the press and public out can be a good thing.

“It is typical to not include the press to promote an opportunity for candor in the process and to avoid the posturing that sometimes happens in public meetings,” Merritt said.

The focus of next week’s meetings is limited to identifying certain types of places that are cultural landscapes to identify those that are eligible for the National Register of Historic Places, Merritt said.

“What we’ve been told is we’re not going to talk about the impact, but let’s figure out what cultural landscapes could be eligible and what their boundaries should be,” Merritt said.

“This is not a public meeting. This is supposed to be for experts, those with special knowledge and information to bring forward. It’s not based on a popularity contest,” Merritt said.

The next step requires the determination that the applicant “takes into account” the effect of the project on these historic properties, Merritt said.

They have to evaluate the visual impact on historic properties, including cultural landscapes. Federal law does not mandate that the applicant must avoid all impacts, but they have to try to minimize them, Merritt said.

In an email, Pastoriza disagreed with the secrecy. “I think the public should be allowed in because they have not identified any cultural landscapes up in Coos, last that I heard, where there are the Kilkennys/Pilot Range, Cape Horn, Percy Peaks, Devil’s Slide, Christine Lake, and a bunch of other stuff in Stark, and doubtless other areas people could tell them about if asked,” Pastoriza said.