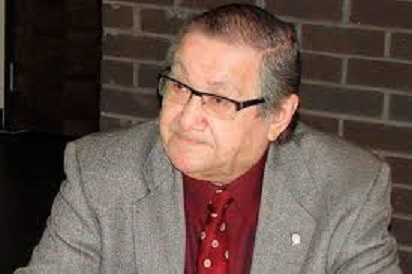 The Pessamit Innu First Nation of Quebec has filed a motion to intervene in the controversial Northern Pass Transmission application process that is pending before the state Site Evaluation Committee.

In a motion filed Thursday with the Site Evaluation Committee, Rene Simon, the chief of the Pessamit Innu First Nation, said there are about 4,000 registered members. It is one of 11 aboriginal nations living in the province of Quebec.

“The Pessamit Innu have been living for 8,000 years in their Nitassinan (traditional territory) and still have the aspiration to respectfully prosper in harmony in this natural heritage,” Simon wrote. “However Hydro-Quebec production activities have profoundly affected the integrity of our Nitassinan and have directly collided with our ancestral rights.”

Simon’s motion also included a presentation that was shown in Plymouth on Sept. 29 called “An Indefensible Privilege: Wiping Out Salmon in the Betsiamites River to Light up Cities.”

Northern Pass and Eversource Energy filed a joint application seeking permission to build a 192-mile transmission line that will bring 1,090 megawatts of energy from Hydro-Québec’s hydroelectric plants in Canada to New Hampshire and on to the rest of New England.

If approved, the high-voltage power lines would run from Pittsburg to Deerfield. Northern Pass claims it will create new jobs and needed tax revenue while reducing electric rates. Critics say the jobs will be temporary and the profits will flow out of state while the new towers would ruin important scenic vistas. Any savings would be negligible, they say.

Martin Murray, spokesman for Northern Pass, said the project is aware of the petition but has not yet decided whether to respond to it.  Michael Iacopino, the attorney for the Site Evaluation Committee, said the deadline to intervene passed months ago, but it might still be possible to do so.

The chairman of the Site Evaluation Committee subcommittee that will ultimately decide Northern Pass, Martin Honigberg, could allow the late motion to intervene if it doesn’t interfere with the prompt disposition of the case, Iacopino said.

“I can’t say whether he will or won’t,” Iacopino said. The subcommittee must make a final decision on Northern Pass by Sept. 30, 2017.

In the meantime, the state Public Utilities Commission has granted Northern Pass public utility status. Iacopino said there is nothing in the SEC rules that requires Northern Pass to become its own utility.

A news release issued last month by Northern Pass says, “The New Hampshire Public Utilities Commission (NHPUC) announced on Friday, October 14 that Northern Pass has the technical, managerial, and financial expertise to operate as a public utility once the project is fully permitted, and that it is in the public good for the project to do so.”

Louis Archambault, a consultant for the Pessamit Innu, said they filed late because they only learned in September of environmental approval procedures in the United States. “We were not even aware of the fact that we could be allowed to file a petition to intervene,” Archambault said on Friday.

He said the issue was discussed during a visit to New Hampshire in late September and a group returned to Concord in mid-October to talk with attorneys.

“From there, we prepared the motion and filed it yesterday,” Archambault said. There is also a language barrier as documents need to be translated into English, French and Innu-Aimun.

In his motion, Chief Simon said Pessamit Innu will demonstrate that its “rights and substantial interests will be affected by the proceedings due to the undeclared impacts that the project will have on its traditional territory.”

He said Northern Pass infringes on two international conventions ratified by Canada and the United States, the Convention for the Conservation of Salmon in the North Atlantic and the United Nations Convention on the Law of the Sea.

Pessamit Innu will demonstrate that the project will have an indirect and longterm impact on the Gulf of Maine Atlantic salmon listed with the U.S. Fish and Wildlife Service as an endangered species, the motion states.

And the motion says that 29 percent of Hydro-Quebec’s installed capacity was “illegitimately acquired to the detriment of the Pessamit Innu.”

“These facilities (13 power stations and 11 reservoirs) were built without impact assessment studies, without Pessamit’s consent and without compensation,” the motion states.

The Pessamit Innu Reserve was established in 1861, 390 miles northeast of Montreal and 560 miles north of Concord.