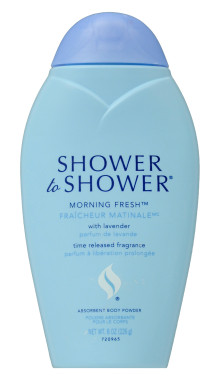 Health care products giant Johnson & Johnson suffered another big legal defeat late Thursday, when a St. Louis jury ordered the company and its talc supplier to pay about $70 million in damages to a woman who blamed her ovarian cancer on the use of talc powders for feminine hygiene.

The award marked the third consecutive loss for Johnson & Johnson in Missouri state court in St. Louis, where at least half of some 2,000 ovarian cancer cases have been filed. They allege that genital use of the company’s signature talc products–Johnson’s Baby Powder and Shower to Shower–caused or contributed to ovarian cancer.

The jury voted 9-3 to award compensatory and punitive damages to Deborah Giannecchini, 63, of Modesto, Calif., who suffers from Stage IV ovarian cancer. Most of the award was for punitive damages–$65 million from Johnson & Johnson Consumer Cos., Inc, and $2.5 million from Imerys Talc America, Inc. The jury also assessed $2.575 million in compensatory damages, with Johnson & Johnson responsible for 90 percent.

It was the first courtroom loss for Imerys, which was absolved of liability in the previous trials, concluded in February and May. Johnson & Johnson was ordered to pay a combined $127 million in damages in those cases. Additional trials are scheduled in St. Louis early next year.

Said Ted Meadows, a lawyer for Giannecchini: “Yet another jury has heard the evidence outlining a link between Johnson & Johnson’s talcum powder products and ovarian cancer, and has decided that there is a clear connection.”

Carol Goodrich, a Johnson & Johnson spokeswoman said: “We deeply sympathize with the women and families impacted by ovarian cancer. We will appeal today’s verdict because we are guided by the science, which supports the safety of Johnson’s Baby Powder. ”

Talc, the softest of minerals, has a multitude of industrial and consumer product uses. It is used in the manufacture of paints, paper, rubber, roofing and ceramic materials–and even as a food additive, in chewing gum, as a filler in capsules and pills and in many cosmetic products. Johnson & Johnson, Imerys and their lawyers have stressed the safety of a wide range of talc uses in an effort to debunk claims that the substance could cause ovarian cancer.

Suspicions about talc and ovarian cancer go back decades. In 1982, the journal Cancer published the first study showing a statistical link between genital talc use and the disease. Since then, at least 20 more epidemiological studies have found increased rates of ovarian cancer for women who reported using talc for feminine hygiene.

But other studies have found no association. J&J and others in the cosmetics industry point to a lack of proof of a biological mechanism by which talc could cause ovarian cancer.

This year, an estimated 22,280 women will be diagnosed with ovarian cancer in the U.S., according to the American Cancer Society, and about 14,240 will die. The disease strikes about one woman in 70. Studies showing a higher rate of ovarian cancer with genital talc use have typically put the increased risk at about 30 to 35 percent—which would raise the odds of getting the disease to roughly one in 50.

Illustrating the vagaries of product litigation, the evidence leading to eye-popping damage awards in St. Louis has been deemed by a New Jersey judge to be too weak to present to juries in that state. In a Sept. 2 ruling, the New Jersey Superior Court judge, Nelson C. Johnson, excluded testimony by two key plaintiffs experts, stating that “their testimony about the causal connection between talc use and ovarian cancer was not scientifically reliable.”

In his 33-page opinion, Johnson said the testimony of Dr. Daniel Cramer, a professor at Harvard Medical School and Brigham & Women’s Hospital, and Dr. Graham Colditz, a medical professor at Washington University in St. Louis, suffered from ”multiple deficiencies, the most salient of which are the narrowness and shallowness of their scientific inquiries and the evidence upon which they rely.” Cramer and Colditz are leading authors of epidemiological studies linking talc and ovarian cancer, and both have testified in St. Louis.

Johnson’s ruling means that at least 200 ovarian cancer cases in New Jersey that are consolidated before him will not go forward unless his exclusion of the plaintiffs’ evidence is overturned on appeal.

Goodrich of Johnson & Johnson alluded to the New Jersey ruling in her statement Wednesday, noting its conclusion that ”plaintiffs’ scientific experts could not adequately support their theories that talcum powder causes ovarian cancer.”

Prior to the recent litigation, suspicions about the risks of talc were almost unknown outside of the scientific community. The iconic Johnson’s Baby Powder, introduced by J&J in 1894 and used for decades to powder babies’ bottoms, has long been regarded as quintessentially wholesome and benign.

Shower to Shower, another talc powder used for feminine hygiene, was marketed by Johnson & Johnson with ads that said: “A sprinkle a day keeps odor away. … Your body perspires in more places than just under your arms.” In October 2012, for reasons neither company would discuss, J&J sold North American marketing rights for Shower to Shower to Valeant Pharmaceuticals.

Under unusual rules in St. Louis Circuit Court, up to 99 claimants can be lumped in a single lawsuit. As long as the case includes local residents, the other claimants can reside anywhere in the country. Along with California resident Giannecchini, plainitffs in the previous cases were Gloria Ristesund of Sioux Falls, S.D., and the family of Jacqueline Fox of Birmingham, Ala., who died of ovarian cancer last October at the age of 62.

In closing arguments, Allen Smith, a lawyer for Giannecchini, compared the defendants to the tobacco and asbestos industries for their failure to warn about the risks of talc.

“Does anybody disagree that a woman or man should be able to make an informed decision” about their own health? he asked.

But Johnson & Johnson lawyer David Dukes said no product warnings are required unless a risk is “generally accepted in the medical community” — which he said is not the case with talc.

The plaintiffs’ case was based on emotion because “the science is not on their side,” Dukes said.

“All of us have had a bad experience with big companies,” he said. “‘We are all sympathetic about someone who has cancer.” But, he said, “the totality of scientific evidence … shows that talc does not cause ovarian cancer.”

Separately, a Dallas law firm Wednesday announced an $18.07 million verdict that it described as the largest in a mesothelioma case involving exposure to cosmetic talc that was contaminated by asbestos. Mesothelioma is a lethal form of asbestos-related cancer. A settlement was reached this week prior to the punitive damages phase of the case against talc supplier Whittaker, Clark & Daniels.

Talc and asbestos sometimes are mined in the same deposits. However, Johnson & Johnson says its talc supplies are asbestos-free, and plaintiffs in the ovarian cancer cases blame the illnesses on talc alone.