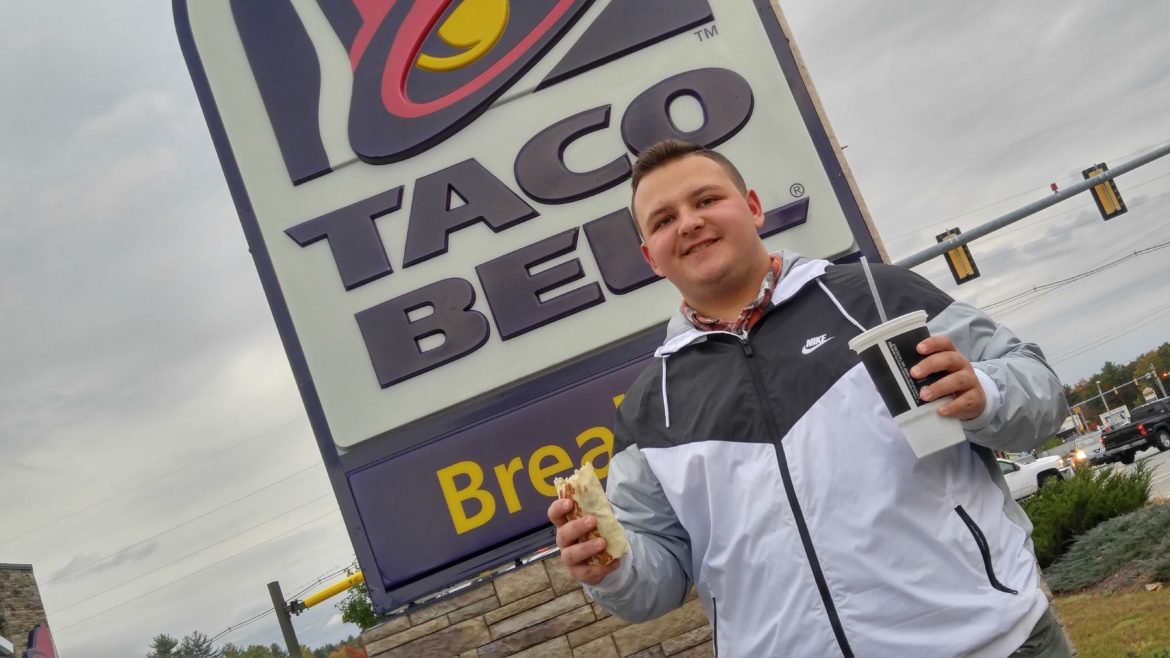 I had just left work and was heading to a friend’s house. I was starved. It was late. Nothing was open. Then like an oasis to my hungry eyes, it came into view — the large purple fluorescent “Live Mas” sign and I found myself suddenly at the Taco Bell drive-through.

The menu was huge. I wasn’t thinking about making a new friend, but there she was on the other end of the microphone sounding somewhere far away, but oh so close, helping me pick out my food.

“Hey, what do you think I should get?” She had greeted me so nicely, I felt I could confide. “I want something meaty,” I volunteered.

She recommended either the Burrito Supreme or the Beefy 5-Layer Burrito. Both options sounded delicious. I couldn’t decide. I couldn’t help but wonder what she looked like. She sounded like 20 something and sure had a sense of humor.

“You know what?” I asked. “I can’t make a decision so I’m just going to have both.” She laughed.

We began talking and couldn’t stop. Maybe it was the late hour, but we were both a bit slap happy over taco choices.

Then my phone went off to the tune of, “Hot Line Bling” by Drake, and I checked my Snapchat message.

It was a message from my friend Cyrus — who keep in mind is small, but has the appetite of 10 people and had already met up with a couple of other friends. “Yo man, before you come over get some food for us. We want tacos.”

It appeared as if my friends were hungry, too, and I wasn’t going to show up empty-handed.

“Will that be all?” the voice asked.

“You would think it would be, but I need to order 12 more Doritos Locos Tacos.” I’m not sure by this point if she believed me when I said: “It’s for some friends.”

I pulled up to the drive-through window. My new friend was in her early 20s with a cheery smile and bouncy blond hair.

“Hey, by any chance do you like chocolate?” I asked.

She had that should I take candy from a stranger look.

“It’s okay. I work at a chocolate factory and we get a bunch for free.”

“You’re dope, man,” she said. I handed her a couple bags of hazelnut chocolates for her and her co-workers.

She extended her arm out the drive through-window and I grabbed the huge brown bag filled with Mexican deliciousness.

She also handed me a handful of coupons to get free tacos next time and threw in some free cinnamon rolls.

By this point, I had made that new friend I didn’t expect – between the microphone and pick-up window. Life is truly good.

I left Taco Bell a jolly boy with a plump bag full of Doritos Locos tacos and meaty burritos, just spending a little too much over my college budget.

“Have a good night,” she called out as I put my car in gear and drove away.

It’s funny that I could talk to my new friend the way I would talk to Cyrus or any of my other friends.

But at the end of the day, it’s nice to know we can all find a friend in anyone who wants to share a few moments of this hectic life and share some tacos and chocolate.