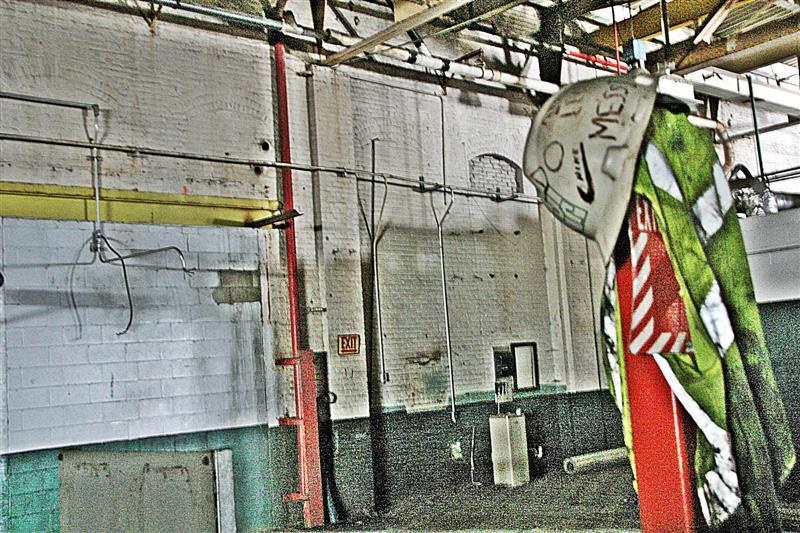 For decades the paper plant was the economic force in Groveton, employing about 300 people. Photo by Chris Jensen

GROVETON – NSA Industries of Vermont will begin hiring the first of 60 workers for a new facility in Groveton in the next two weeks, says Jim Moroney, the CEO of the company, which is based in St. Johnsbury, Vermont.

The company expects to be operating in January, Moroney said Wednesday at a news conference in Groveton.

It has been almost a decade since the Wausau plant closed, putting about 300 workers off the job. But doubts that manufacturing jobs would ever return to the North Country were shuffled aside on Wednesday.

“I’m overjoyed,” said Jim Weagle, the chairman of the Groveton select board. “Everything that we worked so long for, we finally succeeded. We got our first company signed.”

NSA, which does metal fabricating, machining and powder coating, has a long-term lease for about 73,000 square feet in the Chapman industrial park, the site of the former mill.

Moroney said NSA needed to expand to handle new work and began looking for a location earlier this year. He said the company couldn’t find what it needed in Vermont.

But he said Jon Freeman of the Northern Community Investment Corporation suggested NSA check out Groveton.

A major concern, however, was finding enough workers. A job fair in Vermont flopped. So, the company decided to hold two job fairs in Groveton.  Almost 300 people showed up.

“We were overwhelmed,” said Moroney. “The different managers that we had who interviewed and talked to the people, albeit briefly, said they would have hired half of them on the spot.”

The company wants to start hiring immediately so training can begin in St. Johnsbury and the first 40 workers can be in the building in December.

“And with what we have on deck and what we see, I don’t see how we don’t need at least 60 people,” he said. “Hopefully, it only grows from there.”

Bob Chapman, who owns the site, said NSA’s decision to locate in Groveton “opens the door for the park.” He said some other companies have been interested but thinks they were all waiting to see who would go first.

“As this one gets moved in, the others will follow. I’m pretty confident in it,” Chapman said.

Mike Stirling, who manages the site, said it took a long time and lots of work and he credited local, state and federal officials, particularly Executive Councilor Joe Kenney.

But Stirling said the people of Groveton really “made it happen” because back in March the town voted to gamble on its future. It decided to borrow up to $400,000 to put sewage and water on the privately owned site in the hope it would bring tax money and jobs.

Having that money allowed the town to seek another $600,000 in federal funds, which it ultimately received, allowing the water and sewer improvements needed to attract businesses.