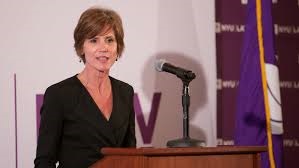 The use of private lockups by the federal Bureau of Prisons is coming to an end, but federal lobbying by private prison companies has a deep record.

And when the Department of Justice announced last week that it would phase out the use of private prisons, the news came as a blow to but one piece of an  industry that has a far larger presence at the state level and in the immigration detention system. Accordingly, much private prison lobbying is done in state capitals rather than on Capitol Hill. But that’s not to say that private prison corporations don’t lobby on the banks of the Potomac, and vigorously.

Since 2010, the three largest private prison companies have collectively spent nearly $9.7 million lobbying Congress and other federal agencies, such as the Justice Department and the United States Marshals Service. The charge has been led by Corrections Corporation of America, commonly referred to as CCA, the Tennessee-based group that is the country’s largest private prison corporation.

CCA offers a statement on its website that it “does not, under longstanding policy, lobby for or against policies or legislation that would determine the basis for or duration of an individual’s incarceration or detention,” and the company includes a disclaimer to a similar effect on each of its lobbying reports — but that doesn’t mean it’s holding back altogether, with annual federal lobbying expenditures typically near or beyond the $1 million mark.

For instance, CCA has not lobbied the Department of Homeland Security directly since 2010, but it has lobbied Congress each year on the homeland security annual appropriations bill, paying to have its voice heard on funding for institutions such as the Bureau of Prisons, the Office of the Federal Detention Trustee, and Immigration and Customs Enforcement.

The company has also spent money to help block bills that have directly tried to affect CCA and other private prison outfits. Most recently, they’ve directed lobbying funds towards the Justice Is Not for Sale Act of 2015, a bill pushed by Sen. Bernie Sanders (I-Vt.) that would have banned private prisons, and the Private Prison Information Act of 2015, which would have subjected private prison records to Freedom of Information Act requests. Both bills died in committee.

The country’s second- and third-largest private prison companies — respectively, theGEO Group, based in Florida, and Management and Training Corp., of Utah — have also directed cash towards lobbying against those bills and others like them. Neither spends nearly as much as CCA, however, with GEO Group typically spending about $500,000 on federal lobbying each year and MTC tallying about half of that.

And there’s a bit of money flowing both ways here — not only are private prisons lobbying Congress, but several members of Congress have invested in private prisons themselves. Sen. Susan Collins (R-Maine) and Rep. Bruce Westerman (R-Ark.) both own shares of CCA, while Reps. Buddy Carter (R-Ga.) and Kenny Marchant (R-Texas) hold GEO Group shares. No current members of Congress own stock in Management and Training Corporation.