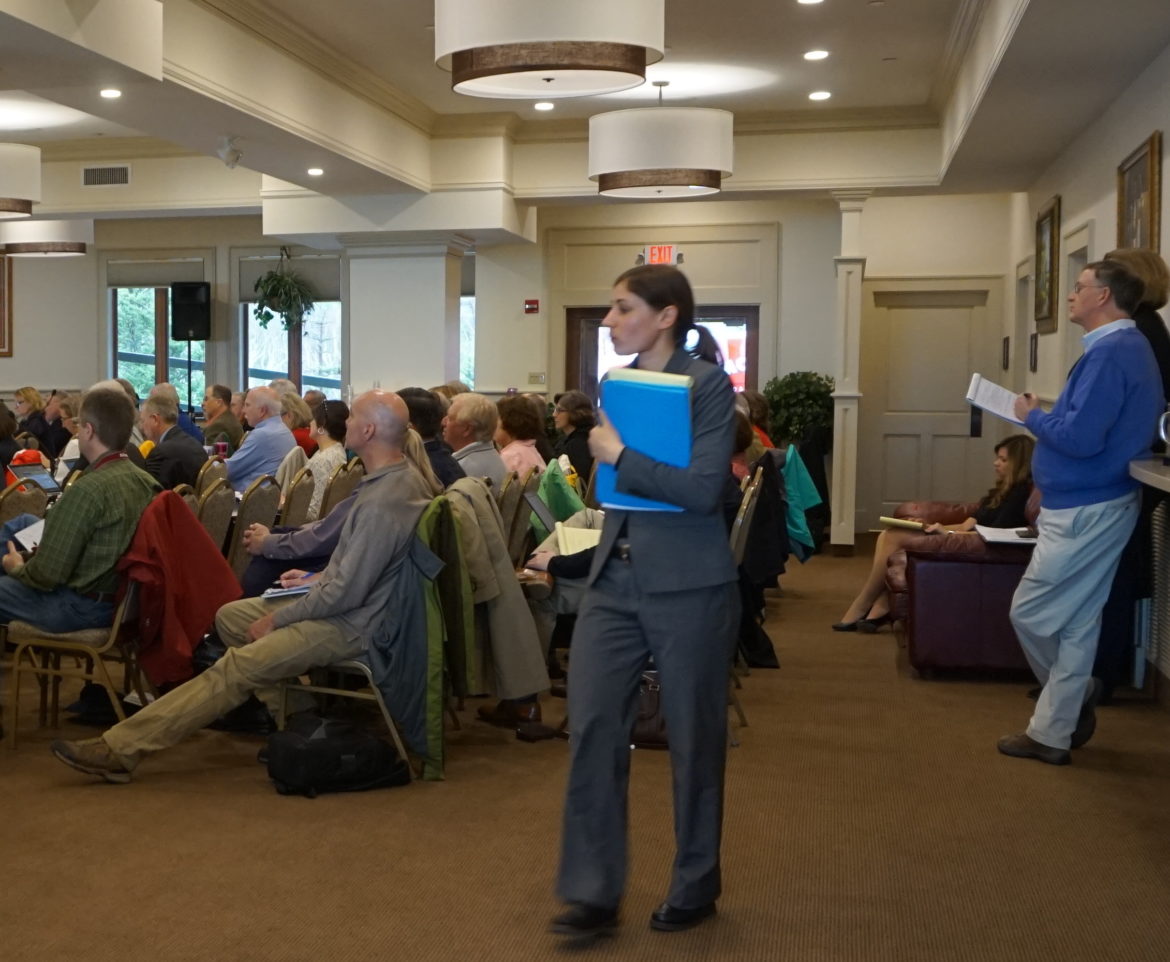 The state Supreme Court has opened the door to all Northern Pass intervenors to join the city of Concord’s appeal of its forced grouping with other communities in the Site Evaluation Committee proceedings.

Concord’s Deputy City Solicitor Danielle Pacik argued in a July 22 appeal that Concord can’t properly represent its citizens while grouped with three other communities, their various boards and a single spokesperson.

On Monday, Supreme Court Justice Robert Lynn ordered the city to let other intervenors know how they could join Concord’s appeal, saying he couldn’t tell from the filing whether they were participating.

Northern Pass plans to bring hydro-electricity from Hydro-Quebec in Canada to New Hampshire and on to New England along a 192-mile transmission line from Pittsburg to Deerfield. Northern Pass and Eversource Energy need permission from the Site Evaluation Committee to do so.

There were so many intervenors originally in the controversial project, about 160, that they were divided into groupings by the SEC to streamline the process. Now, there are some stand-alone intervenors and about two dozen groupings, including municipalities, abutters, businesses and advocacy groups.

Concord’s is the only Supreme Court appeal of an SEC ruling in the Northern Pass project. Complaints, however, from intervenors about being forced to work in groups with sometimes diverse interests are common from Concord to the North Country.

Lynn also ordered the city to send two letters to the other intervenors. One said Supreme Court Clerk Eileen Fox is recused from handling documents in the Concord appeal because she is married to Northern Pass lawyer Thomas Getz.

The other letter, this one written by Deputy Supreme Court Clerk Allison Cook, said Justice Carol Ann Conboy won’t recuse herself even though she worked for 13 years until 1992 for the McLane Middleton law firm, which also represents Northern Pass.

Conboy receives a McLane pension and legal advice on estate planning and real estate transactions from two of the firm’s directors, which she does not regard “as circumstances that require her disqualification from this case,” Cook said. She added that parties should file a motion for recusal if they don’t believe Conboy should participate.

Conboy has and will continue to recuse herself, however, in cases involving those two attorneys, Robert Wells and Jessica Nylund, Cook said. The Code of Judicial Conduct “requires a judge to disqualify herself in a proceeding in which the judge’s impartiality might reasonably be questioned,” Cook wrote.

Concord’s position is that each municipality in a group is mainly concerned about how the project impacts within its own borders. The appeal focuses on whether the Site Evaluation Committee’s grouping decision was “unlawful and unreasonable.”

Pacik wrote that the grouping requirements “will prevent Concord from a fair and adequate opportunity to respond to issues in a way that fully protects the city of Concord’s procedural due process interests.”

Glahn said the Site Evaluation Committee “required most intervenors, including municipalities, to combine with other intervenors for purposes of discovery, the filing of pleadings and cross examination while also allowing each individual intervenor to file direct testimony to protect individual interests.”

Glahn argued: “Concord has suffered no present harm. It has no right to the status of an individual intervenor by statute or otherwise.”

“(Concord’s) claim that it is prevented from protecting its interests is speculative,” Glahn wrote.

“I think (Lynn) has definitely opened the door to all intervenors,” Cunningham said, adding “I don’t like the implications.”

Lynn’s order certainly doesn’t show the court is predisposed to rule one way or the other, Cunningham said.

“Suppose (the Supreme Court) rules against all of these groups on this interlocutory appeal. It’s not good for the groups,” Cunningham said.