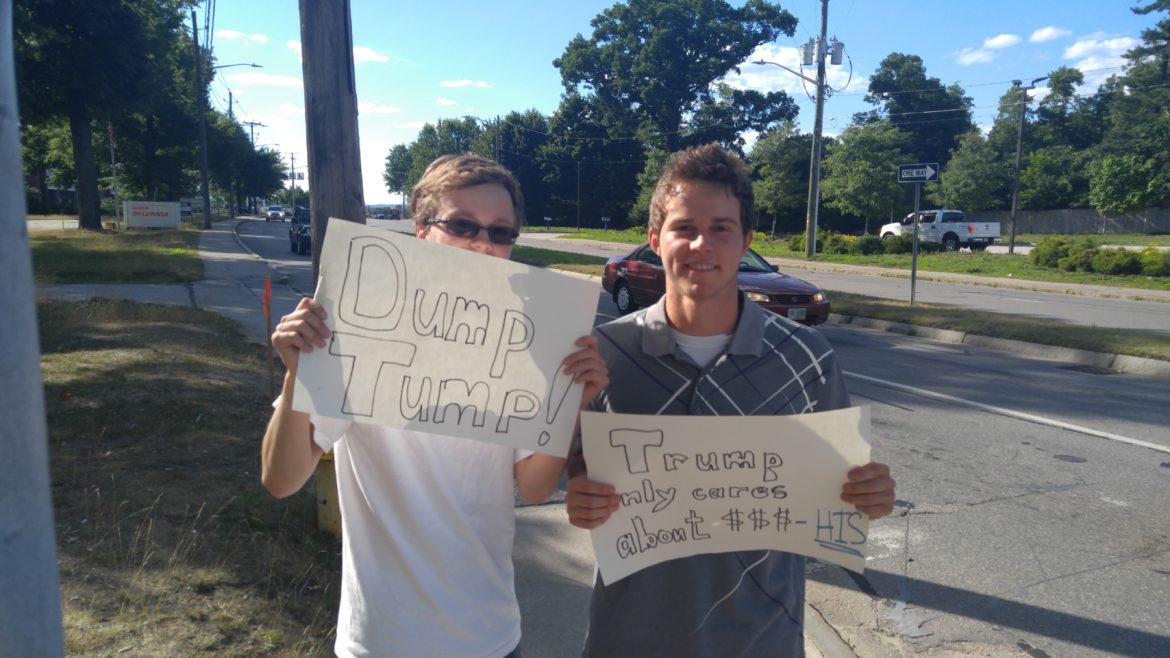 A group of protesters waited outside holding anti-Trump signs in Manchester. 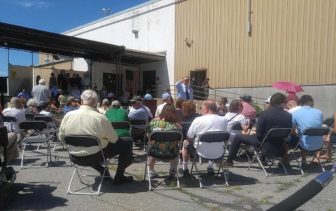 Presumptive GOP Presidential Nominee Donald Trump spoke to about 125 people Thursday in the parking lot of the closed Osram Sylvania plant in Manchester focusing on job loss and trade.

“New Hampshire lost 31 percent of its manufacturing jobs since NAFTA,” Trump told the invited crowd at the private event.

A couple dozen people gathered on South Willow Street speaking out in favor of Trump and against him.

Mike Boulanger said: “I support Trump’s trade policies. He basically is telling us we are getting a raw deal and he can make a better deal. The trade act has to be revised and we can’t get into these false promises with other countries. We need to get right to it and work on a better deal with China. China is eating our lunch.”

America has lost one-third of its manufacturing jobs, Trump said calling the Clintons a “disaster.” The trade deficit is $800 billion, he said. It was just $84 billion when Bill Clinton was sworn in as president, Trump said.

“I want to make great jobs for the people of the United States,” Trump said. “We’re going to make it so manufacturers want to come back,” he added.