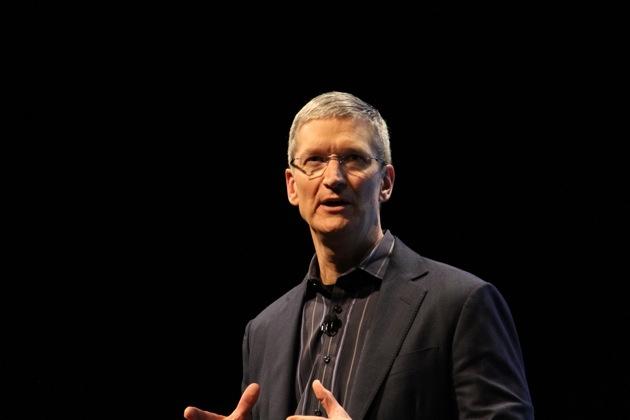 When you type “Tim Cook not” into Google, one of the first phrases to pop up is “Tim Cook is not a visionary.” He may be no Steve Jobs, but with the company’s growth slowing, Apple Inc.’s CEO clearly has a vision — one where Apple is a major player in federal lobbying.

This week Apple reported that its first-quarter revenues, as well as iPhone sales and other indicators, were below expectations. That news came just days after the company filed its year-end lobbying report, showing it spent a record $4.5 million lobbying Washington in 2015.

Jobs despised Washington, but Cook is far more invested in the influence game. Apple spent an average of just over $1 million per year on lobbying between 1998 and 2011, the year Jobs died. After his death? About three-and-a-half times that, data collected by the Center for Responsive Politics show. In fact, Apple has spent more on lobbying since 2012 than it did in the previous 13 years combined.

Apple’s lobbying is still dwarfed by that of a few other Internet heavyweights, like Facebook. Last year, Facebook spent $9.85 million on lobbying, or roughly twice as much as the company Jobs co-founded. Still, Apple is no small player: It hasspent more than $27 million on lobbying at the federal level since 1998 and its employees have made $2.1 million in contributions to PACs, parties, and candidates in that time.

After all, even without a “blockbuster” product on the market to help propel its continued growth, the company sits on a mountain of cash. And Apple’s interactions with the government reflect its interest in growing that pile.

Apple was a major player in the Trans-Pacific Partnership agreement, for instance, which could boost company profits in multiple ways, like removing limits on the free flow of data across borders. Trade was its fourth biggest issue in terms of mentions on the company’s lobbying reports. Education came in at No. 5, as Apple delves further into the e-book business (it hasn’t had much luckagainst Amazon so far). Which issue topped its charts? One that is a major concern for most American companies: overhauling the tax system.

The tech sector overall — which, in CRP’s classification system, includes both theInternet and the electronics manufacturing and equipment industries — also had a banner year, spending $177.5 million in Washington in 2015 compared with $165.4 million the year before.

Still, while tech companies are lobbying more than ever, pound-for-pound they’re far less active in Washington than many companies that have been doing business in the nation’s capital for many decades, like some of the oil giants.Exxon, for instance, which is valued at about $320 billion, is worth a little more than half as much as Apple, but spent nearly three times as much on lobbying. (Some of that, of course, is tied to the fact that Exxon’s business is far more regulated by the government.)

Cook first mended ties with Washington in 2013, when he developed anunexpected friendship with then-Attorney General Eric Holder. Cook, the first openly gay CEO of a Fortune 500 company, began using Apple’s platform to advocate on national issues like same-sex marriage. In 2014, he personally donated $8.5 million to the Human Rights Campaign’s Project One America to promote LGBT initiatives in the South.

A year later, he publicly took Washington on over the government’s backdooraccess to Apple’s data. The issue shows up several times in Apple’s lobbying reports in 2015. Cybersecurity and encryption were its fourth biggest concern.

Cook even helped launch a lobbying partnership last year, Financial Innovation Now (FinTech), with four other tech giants: Google, Amazon, PayPal and Intuit. The group’s members, which are capitalizing on technological innovations in the financial services industry with applications like Apple Pay and Google Wallet, hope to convince lawmakers and regulators to use a light touch when it comes to their efforts in the area.

FinTech spent $70,000 lobbying in 2015, CRP data show, on issues that fell in the realm of  banking, finance and consumer product safety, like protecting credit card transactions.