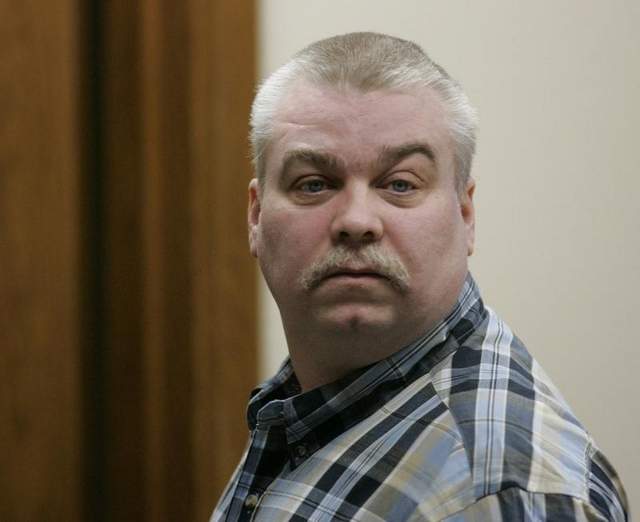 Inflammatory pre-trial publicity was an issue in the Netflix series, and now a defense lawyer wants to make it an issue in New York’s famous missing child case.

It is one of the most controversial moments from the Netflix sensation “Making a Murderer” — the graphic pre-trial news conference held by local prosecutors seeking to convict a Wisconsin man and his nephew of murder.

The lead prosecutor, in front of television cameras and radio microphones, talks in detail about the alleged confession of the nephew, complete with details of the rape and strangling of a young woman.

The news conference outraged the lawyers defending the man, Steven Avery. And the larger question of a prosecutor’s responsibility to avoid inflammatory publicity before a criminal trial has been a topic of debate on the Internet since the series became available last month.

This week, a variation of that debate surfaced in one of New York’s more controversial murder cases — the prosecution of a former Manhattan bodega clerk for the 1979 killing of Etan Patz, a 6-year-old boy who went missing on his way to school. Defense lawyers have asked the judge in the case to bar the original prosecutor from publicly appearing at the former clerk’s re-trial next month.

Like almost everything about the decades-old Patz case, this latest development requires some background.

Last year, Joan Illuzzi-Orbon, a veteran prosecutor in the Manhattan district attorney’s office, spent weeks trying to convince a jury that the clerk, Pedro Hernandez, had lured Patz into a Soho bodega’s basement and killed him.

Hernandez had confessed to detectives 33 years after the boy went missing, but then recanted. His lawyer argued that Hernandez was mentally ill and that he had been manipulated into making the confession — one that the lawyer argued did not even match the few known facts about the boy’s famous disappearance.

The trial resulted in a deadlocked jury. Illuzzi-Orbon had persuaded 11 of the 12 jurors of Hernandez’s guilt. The lone holdout, however, gave a detailed account of why he believed prosecutors had failed to meet the burden of establishing guilt beyond a reasonable doubt.

Shortly after the trial, Illuzzi-Orbon left the Manhattan prosecutor’s office and ran to become the district attorney for Staten Island. The Patz case was a feature of her campaign, and the boy’s family even formally endorsed her candidacy.

Hernandez’s lawyers, however, on Tuesday filed formal arguments asserting that Illuzzi-Orbon should lose her place at the prosecution table.

“Ms. Illuzzi made the prosecution of Pedro Hernandez the centerpiece of her ultimately unsuccessful campaign, which included public statements stressing the strength of the evidence against him, touting the importance of his confession, her belief in Mr. Hernandez’s guilt, and a public endorsement by the Patz family,” Harvey Fishbein, a lawyer for Hernandez, said in a court filing this week seeking to bar Illuzzi-Orbon from a public role in the re-trial.

Fishbein cites both the New York and American Bar Association rules of professional conduct in making his claim:

“Given the extraordinary amount of publicity surrounding this case in the 37 years since the disappearance of Etan Patz, and the enormous difficulty — or impossibility — of Mr. Hernandez obtaining a fair and impartial jury, Ms. Illuzzi’s actions were reckless and damaging,” Fishbein wrote.

In its formal response, the district attorney’s office said Fishbein’s motion “falls far short of demonstrating how ADA Illuzzi’s statements and/or presence will necessarily and materially prejudice the defendant’s right to a fair trial.”

The response noted that portions of Hernandez’s confession had been played in public during the first trial and developments in the trial had been widely covered in the news media.

Vance’s office said Illuzi-Orbon’s discussions of the case were limited and came only after her opponent in the campaign blamed her for the mistrial. The office said the potential jury pool in Manhattan — not the borough where Illuzzi-Orbon ran for office — was so vast there was no chance her remarks would poison the process.

Finally, the response cited what it called Fishbein’s own public discussions of the case, including during the trial, calling it a “campaign that has not ended to this date.”

The defense motion filed this week is among a flurry of legal wrangling in the run-up to the second trial.

Hernandez’s defense team lost its latest effort to have the case dismissed. Back in November, Fishbein argued that Hernandez’s first trial had proved that so much time had passed since Patz’s 1979 disappearance that it was impossible for Hernandez to actually get a fair hearing.

“The passage of 36 years has seen the death or disability of a number of essential witnesses, the erosion of the memories of myriad witnesses, including police officers involved in the 1979 investigation, and the loss of critical employment and government records of the defendant,” Fishbein wrote in his motion to dismiss the case.

Patz went missing on the first day his parents permitted him to walk to the nearby school bus by himself. Fishbein argued in November that two witnesses who saw the boy on the morning of May 25, 1979, could be vital to Hernandez’s defense.

But one was dead and the other, Fishbein said, was suffering from a psychiatric disorder. Fishbein also cited the testimony at the first trial of Juan Santana, the manager of the bodega where Hernandez worked.

Santana testified that he could not remember when Hernandez had started working at the bodega, how long he had worked there or the date he left. Establishing Hernandez’s work record at the bodega, Fishbein said, was also critical to his defense.

The prosecution rejected Fishbein’s arguments, and in December Justice Maxwell Wiley denied the motion to dismiss the case.

The defense did score one recent victory when it persuaded Wiley to reject the prosecution’s request to permit the next jury in the case to visit the SoHo neighborhood where Patz went missing and where Hernandez once confessed he had stashed the boy’s body.

In his disputed confession, Hernandez said he had strangled Patz in the bodega basement after luring him inside with the offer of a soda. He said he had put the still-breathing boy in a trash bag and then inside a cardboard box. He said he had taken the box in broad daylight several blocks away and left it in an alley.

The SoHo neighborhood has changed radically since 1979. The bodega no longer exists. The block where Hernandez said he left the boy has been transformed.

But prosecutors wanted to bring the jury to the neighborhood during the trial. Fishbein argued such an event would turn into a media circus and would unfairly color the jury’s thinking.