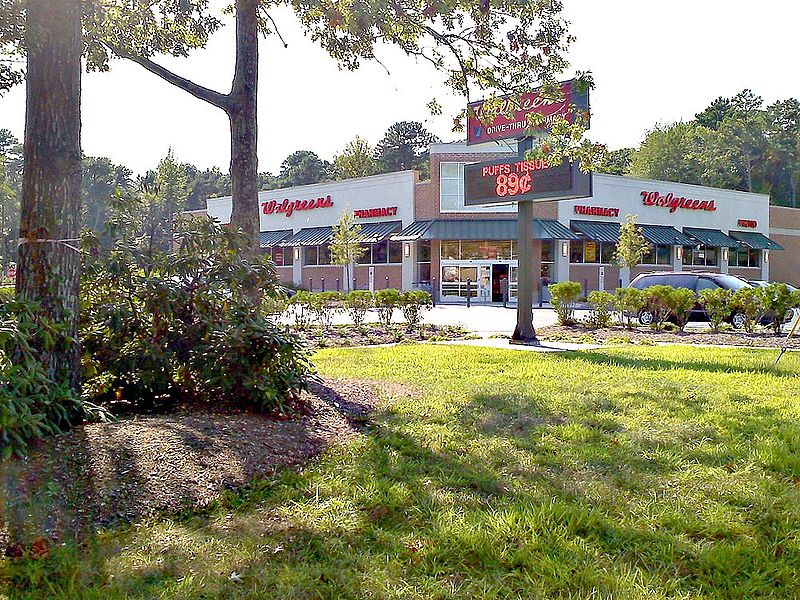 Two of the country’s biggest drug store chains are set to combine, bringing thousands of stores under one red-and-white logo.

Walgreens Boots Alliance announced a deal on Tuesday to buy Rite Aid Corp. for $17.2 billion, including $7.8 billion in debt.

The companies, two of the three largest pharmacy chains in the nation, are looking to merge as the Affordable Care Act has overhauled the health care system and fueled consolidation. Together, they would have more market share than their top rival, CVS Health, according to the Wall Street Journal.

The agreement is sure to draw scrutiny from federal regulators. The Walgreens-Rite Aid behemoth will probably need to sell some stores where both companies currently have a presence, the New York Times reported. The merged business could also argue that it still will have to compete with mail-order pharmacies and drug stores inside supermarkets.

The Walgreen Company – which became a subsidiary of Walgreens Boots Alliance after it merged with Bern, Switzerland-based Boots Alliance GmbH in late 2014 – spent $3.25 million on lobbying last year, its largest-ever total for a single year. This year, it has spent close to $1.8 million to lobby Congress and federal agencies, hiring three lobbying firms.

That total has made Walgreens a top 10 lobbying client in the retail sales industry in 2015. But CVS Health has far outpaced its competitor with $11 million (6.3 times as much) spent trying to influence federal policy this year. Retail sales interests as a whole have spent $42 million.
CVS laid out its largest-ever total of $14.8 million last year, ranking it No. 15 out of 3,514 organizations that reported spending money to lobby in 2014. Walgreens earned the 157th slot.
As of Sept. 30, the Deerfield, Illinois-based Walgreens has focused its lobbying efforts this year on a bill called the Pharmacy and Medically Underserved Areas Enhancement Act. The legislation, aimed at seniors who live in less populated areas, would amend the Social Security Act so Medicare could cover screenings and other health care services that pharmacists in some states provide.

“Patients with chronic conditions typically see their pharmacists more often than their primary care physician,” Harry Leider, the chief medical officer for Walgreens, wrote in a blog for The Hill earlier this year. “However, despite these and many other proof points, Medicare does not currently recognize pharmacists as full-fledged providers, and does not compensate them for many of the important services they provide.”

During the second quarter of this year alone, spanning April 1 to June 30, the Walgreen Company reported spending $790,000 to lobby on that bill and several others. It also prioritized the 21st Century Cures Act, a measure to speed up the Food and Drug Administration’s approval process for new drugs, and its provisions related to drug price calculations. That bill, unlike the underserved areas legislation, has made significant progress in Congress, passing the House in July.

Walgreens also listed issues “related to fraud, waste and abuse prevention in Medicare Part D,” the prescription drug program on its lobbying reports. But the company’s outlays for its attempts to shape outcomes in D.C. dropped to $400,000 during the third quarter of the year, mirroring a drop in lobbying activity across industries.

Rite Aid, headquartered in Pennsylvania, is less of a lobbying power. Spending for the company peaked in 2013 at almost $1.1 million and has decreased ever since. Rite Aid also lobbied on the Underserved Areas Enhancement Act and the 21st Century Cures Act this year.

In addition, both Rite Aid and Walgreens have invested in passage of the Medication Therapy Management Empowerment Act, which would allow pharmacists to be reimbursed by Medicare for providing medication management care to patients with a single chronic condition, like diabetes, and not just those with multiple diseases.

Rite Aid’s spending increased by $20,000 – to a total of $140,000 – from the second to the third quarter this year.
Both Walgreens and Rite Aid are lightweights when it comes to campaign contributions, however. Employees and PACs of the companies gave $714,000, combined, to federal campaigns during the 2014 election cycle.

Their biggest targets were members of the House Committee on Energy and Commerce, which oversees the pharmaceuticals and health products industry.
The companies are likely hoping they’ve made friends there who won’t stand in the way of their plans.