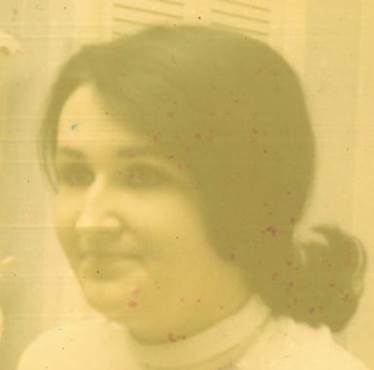 On October 6, 1971, the body of a woman was found in a then-wooded area at the end of Kilton Road in Bedford near the Route 101 by-pass.  Forensic analysis at the time revealed that she had been deceased for approximately one to three months before she was discovered.  Investigators knew she was between 25 – 35 years old, between 61 and 65 inches tall, and had brown hair.  She was found wearing a maroon, pullover blouse with lace at the neck, short hip-hugger dungaree-type shorts, size 7 sandals, and no identification.  The cause of death has not been determined but the manner of her death was homicide.  For approximately 50 years, her identity remained unknown.

“Today’s announcement by our Cold Case Unit is very important and I am proud of their difficult and very diligent work. It demonstrates our unwavering commitment to the pursuit of justice for Ms. Alston, her family, and for all New Hampshire crime victims,” said Attorney General Formella. “We are determined to stay on this case and will work tirelessly with our law enforcement partners to follow any leads that may help us determine who might be responsible for Ms. Alston’s death.”

Between 2020 through 2022, investigators were able to utilize forensic testing and assistance from genetic genealogists at the DNA Doe Project, to positively identify this young woman as Katherine Ann Alston of Boston, Massachusetts.  “Kathy,” as her friends and family called her, was 26 years old when she went missing in 1971.  She was born in Chelsea, Massachusetts in 1945, graduated from Dorchester High School in 1963, and attended classes at Boston University.  At 22 years old, she married a fellow student, Ralph Lawson Garrett, Jr., at Second Church in Newton, Massachusetts, in November of 1967.  The couple honeymooned in Jamacia, moved to Cambridge, Massachusetts, and later divorced.  A photo of her from her wedding announcement is attached to this news release.

In 1971, Ms. Alston’s parents and siblings moved from Massachusetts to Texas where her father’s family was from.  Siblings reported that she was supposed to meet them at Logan Airport for their flight to Texas, but she never showed up.  Investigators now know it was her body that was found on October 6, 1971, in Bedford, New Hampshire, approximately one to three months after she had been killed.

Between 2020 and 2022, the New Hampshire State Police Major Crime Unit partnered with the DNA Doe Project to use genetic genealogy to attempt to discover a familial link based on her DNA.  They were able to discover a likely genetic match from her DNA profile with a direct-to-consumer DNA test that had been submitted by a member of Ms. Alston’s family in Texas.  Investigative efforts have now confirmed that genetic match after contacting her family.  When contacted, Ms. Alston’s siblings told investigators that they never saw Ms. Alston or spoke with her after they moved to Texas.

Investigators are seeking information from anyone who knew Ms. Alston or persons associated with her, including her former roommate, David Cormier.  People most likely to have known either Ms. Alston or Mr. Cormier include Boston, Dorchester, and Sommerville, Massachusetts residents who were present in those areas between 1963 and the fall of 1971.  Students at Boston University between 1963 and 1967 may also remember Ms. Alston from their time on campus.  Anyone with this information, or any other information on Ms. Alston’s murder, is requested to contact investigators at the New Hampshire Cold Case Unit by phone (603-271-2663), email: coldcaseunit@dos.nh.gov, or the online tip form at www.doj.nh.doj/criminal/cold-case.