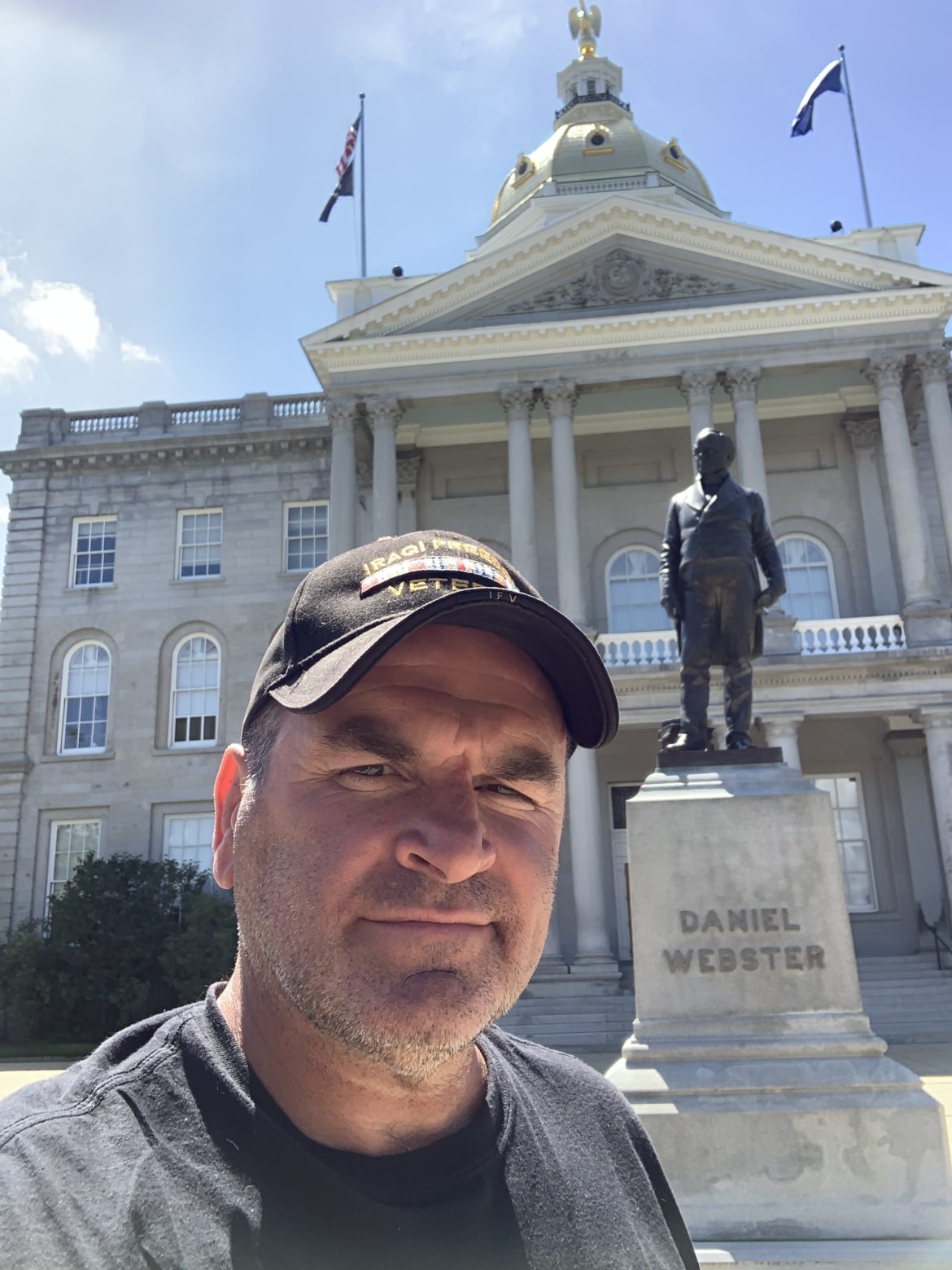 Jon Swan, president of Save Forest Lake, is pictured in front of the State House.

For those of you not keeping score at home, here’s an update on the Casella landfill situation in the North Country, and New Hampshire, and it’s not looking good for the multi-billion dollar corporation from Vermont.

On November 3, 2022, the NH Waste Management Council (WMC) upheld its May 11, 2022 decision in favor of the Conservation Law Foundation (CLF) appeal of the NCES Landfill Stage VI expansion permit.  That decision confirmed that the NH Department of Environmental Services (NHDES) had acted unlawfully in approving the Stage VI expansion permit for Casella’s controversial landfill in Bethlehem, NH, remanding the permit back to NHDES Commissioner Robert Scott for reconsideration.  In other words, the Stage VI permit failed to provide a “substantial public benefit”, as required under RSA 149-M, due to a lack of landfill capacity need in the state.  We now await a decision from Commissioner Scott and NHDES officials, as to whether or not that facility will remain open.  Since there is no legal justification, nor need, for NCES operations to continue, there is a very distinct possibility that the landfill could be closed much sooner than the Stage VI-permitted 2026 closure date.

The very next day, November 4, Casella Waste Systems sent “price increase” form letters to all North Country, Grafton County member towns in the Pemi-Baker Solid Waste District, informing them of a near-doubling of rates for hauling waste and recyclables.  The Town of Franconia, for example, will see a rate increase of a whopping 107%, from $229.45 to $476.45, for just an 11-mile trip to the NCES Landfill in neighboring Bethlehem.  What’s important to note is that the form letters failed to state WHERE Casella would be hauling waste and recyclables.  The form letters seem to have purposely omitted that important piece of information.  I believe that Casella is preparing to have to haul North Country collected waste to one of their out-of-state landfills, as a direct result of the WMC decision.  Keep in mind, too, they have faced stiff opposition from across the state to their proposed GSL project in neighboring Dalton, next to Forest Lake.  One can surmise that the exorbitant price increase is to cover the costs for hauling to the closest Casella landfill outside of New Hampshire, which can accept out-of-state waste, most likely the Casella-operated Clinton County Landfill in Morrisonville, NY (a 140-mile trip from Franconia).  Franconia officials have begun the process of examining waste hauling and disposal alternatives, reaching out to the Androscoggin Valley Regional Refuse Disposal District

(AVRRDD) Mt. Carberry Landfill in Success, NH, just outside of the City of Berlin.  By the way, the Phase III-A expansion of that municipally-owned landfill was approved by NHDES just this year, extending its permitted life to 2041.  Not good news for Casella and IT’S corporate profits.

Another important development in November was the long-overdue release of the 2020-2021 Biennial Solid Waste Report by NHDES.  This is important, and timely, as this new data from NHDES confirms what many opponents of the Casella landfill development project next to Forest Lake State Park in Dalton have long stated:  New Hampshire does not have a landfill capacity shortfall, Casella does.  In fact, the capacity graph on page 6 of the report highlights the fact that even with the closure of the NCES Landfill in Bethlehem by 2026, there is no anticipated shortfall in statewide disposal capacity until at least 2034.  Thus, in conjunction with the May, 2022 determination by the WMC that “NHDES acted unlawfully in finding the NCES Facility provided a substantial public benefit under RSA § 149-M:11, III when the NCES Facility was projected to operate during a period without capacity need“, there is no legal justification for NHDES Commissioner Robert Scott to allow for the continued operation of the NCES Landfill, AND, no need, nor justification, for permitting a new Casella landfill project next to Forest Lake and the state park.  As a result, the November 4, 2022 “price increase” form letters were sent to North Country towns the very next day by Casella.  Coincidence, or connecting the dots?

November has proven to be a very bad month for Casella Waste Systems in New Hampshire.  Their now-debunked “capacity crisis” misinformation campaign, designed to lobby support from elected officials, at both the state and local levels, for their continued presence as a landfill operator in New Hampshire, has blown up in their face with the release of the new biennial report.  The truth has finally come out, and the reality on the ground is that Casella’s continued presence as a landfill operator in New Hampshire is no longer needed, and appears to be coming to an end.  Like a mad despot, surrounded by enemy forces, yet unwilling to concede defeat, Casella has filed an appeal of the WMC legal decision.  That legal decision will also put an end to Casella’s plans to site its unwanted, and more importantly, unneeded, new landfill development next to Forest Lake.  In the court of public opinion, Casella has already lost, as evidenced by the overwhelming support across the state for HB1454 this past year.  Casella’s continued exploitation of the natural resources of our state, and degradation of our environment, in order to continue to profit from the importation of out-of-state trash, will rightfully come to an end.  Hopefully before 2026, if there is still respect for the law, its intent, and if there is still ethical leadership in Concord.  I know, that’s a lot of potentially-unreliable “ifs”, but what’s the alternative?  New Hampshire will become the trash can for Massachusetts and Connecticut, and Casella will continue to profit at our expense, our children’s, and theirs.