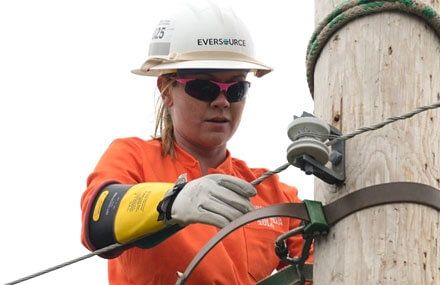 CONCORD – In a bit of a pleasant surprise just in time for the holidays Eversource has filed a petition to decrease electric rates by 10.3 percent for its small customer group for six months beginning in February.

There was some concern that it might go higher as the price for natural gas – the fuel which is primarily used to make electricity now – has remained high.

But Gov. Chris Sununu said Wednesday that the fact it has been warmer than normal both here and in Europe has allowed for some storage capacity to develop, possibly easing the demand and the cost.
No explanation for the change was given in the documents delivered to the PUC Thursday afternoon.

“Eversource has procured (energy service) for customers for its small customer group for the
period of February 1, 2023, through July 31, 2023, and half of its load for its large customer group at this time,” she said.

In New Hampshire, the energy supply price – or default energy service rate – for Eversource customers changes twice a year on Feb. 1 and Aug 1.

On its website, preparing customers for a big hike in their bills, Eversource wrote that “unlike previous summers when supply rates typically decrease, this year, customers that receive their energy supply from us will see an unprecedented increase in the supply portion of their bill.
“On August 1, with this adjustment to the default energy service rate, on average, an Eversource residential electric customer in New Hampshire who uses 600-kilowatt hours of power each month will see a total bill increase of approximately $67.63 or 50 percent per month.

This significant increase is due to the record-high natural gas prices and the energy supply pressures from the global economy.  The New England region is particularly affected by energy supply volatility because natural gas is the primary fuel for generating electricity in the region.

“Eversource does not earn a profit on the cost of electricity – we charge customers what we pay generators for producing the power,” it explained.

Don Kreis, consumer advocate for the Office of Consumer Advocate said, “Eversource is proposing a new default energy service rate of 20.2 cents per kilowatt hour, a slight decrease from the current rate of 22.6 cents,” adding “if the PUC approves the new rates a typical bill will be something around 40 percent higher,” than it was for the same period last year.

In addition, the state has added funds to support the existing electric assistance program for households with incomes below 60% of the state’s median income.
You must apply to receive the heating assistance and electric bill credit through your local Community Action Agency by April 30, 2023.

Accompanying the petition is a 69-page redacted document that includes the testimony and supporting materials of James R. Shuckerow, Parker Littlehale, Luann J. Lamontagne, and Marisa B. Paruta explain the competitive RFP process used by Eversource for procuring the rate, the results of the solicitation, and the required rate adjustments and reconciliations that have led to the retail rates proposed to be charged to Eversource’s ES customers.