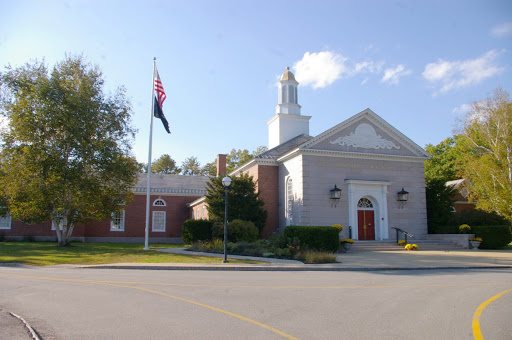 CONCORD — The plaintiffs in a suit claiming the Executive Council and state Senate districts were unconstitutionally and unlawfully gerrymandered to give Republicans a significant advantage have appealed a lower court ruling dismissing the case.

The appeal was filed Friday with the state Supreme Court, saying the Superior Court judge may have incorrectly determined the only litigation open to the plaintiffs is the specific requirements for how the districts should be constructed in terms of population and dividing towns, or city wards.

They also claim a similar error may have been made by the judge in her ruling for the Executive Council districts.

And they want the Supreme Court to decide if the courts have the authority to address the issue of if partisan gerrymandering to one party’s advantage is unlawful under the state’s constitution under a number of clauses including “free and fair elections.”

In Hillsborough South Superior Court Judge Jacalyn Colburn’s Oct. 5 ruling, she cited the constitutional independence of the three branches of government and no specific constitutional prohibition on gerrymandering as reasons for dismissing the suit.

She said the constitution clearly gives the legislature the authority to redraw the state’s political boundaries, and past cases indicate the court should be very careful not to usurp that power.

The plaintiffs are a number of state Democratic voters including former House Speaker Terie Norelli, and they claimed the redrawn districts approved by the Republican controlled legislature and signed by GOP Gov. Chris Sununu, were politically gerrymandered to give their party an overwhelming majority in the Senate and Executive Council which disenfranchises Democrats with more registered voters in the state than Republicans.

They claimed the newly redrawn districts violate the state constitution’s “free and fair elections” clause as well as the constitution’s equal protection guarantee by denying their right to equal weight of their votes compared to Republicans.

And they also believe the redistricting plans violate the constitution’s guarantee of free speech and association, as the plans discriminate and retaliate against Democrats by diluting their ability to band together and elect candidates of their choice.

The plaintiffs sued Secretary of State David Scanlan and the State of New Hampshire.

The state argued redistricting is the legislature’s purview and that the newly redrawn districts meet all constitutional requirements such as equal population and “one man, one vote” provisions.

In approving the state’s motion to dismiss the case, Colburn wrote “Based on the foregoing, the Court concludes that the only justiciable issues it can address concerning senate and executive council redistricting are whether the newly-enacted districts meet the express requirements of Articles 26 and 65. Because the newly-drawn districts meet those express requirements, the Court must decline to consider the plaintiffs’ challenge to the constitutionality of the districts based on claims of excessive political gerrymandering as such claims present non-justiciable political questions.”

She notes the constitution clearly gives the Legislature the authority to redraw the political districts, and also requires the three branches of government to be independent of one another.

In her ruling, Colburn cites a 2003 Supreme Court decision in Horton vs. McLaughlin that states “The political question doctrine is essentially a function of the separation of powers, existing to restrain courts from inappropriate interference in the business of the other branches of Government, and deriving in large part from prudential concerns about the respect we owe the political departments.”

She says the constitution prohibits one branch from encroaching on the powers and functions of another branch.

Colburn also cites a number of other Supreme Court decisions indicating the courts need to tread carefully on political questions in another branch of government.

She also dismisses the plaintiff’s claim of other constitutional violations and says the new districts do not violate the constitution’s guarantee of free speech and association, as the articles make no mention of gerrymandering nor the “free and fair elections” clause, saying if the citizens of the state intended to include the additional criteria of no gerrymandering they would have included it in the article.

The plaintiffs filed suit after the new state Senate and Executive Council maps were approved.

Tuesday’s election uses the new districts for the Executive Council, State Senate as well as new boundaries for the 400 House seats.

The state Senate map was redrawn with few contested seats, but with 14 to 16 seats favoring Republicans and about eight or nine districts favoring Democrats.

The Executive Council districts have four that favor Republicans and one that heavily favors Democrats, District 2.

Such divisions of few Democrats in the majority of districts, while a lesser number of districts are packed with Democrats is a standard technique to gerrymander districts to favor one party over another.

Earlier, Colburn asked the State Supreme Court to determine if the state constitution forbids gerrymandering before deciding the case, but the Supreme Court refused to take up the issue.

In her ruling, Colburn cites a North Carolina Supreme Court decision earlier this year that states “Finding no explicit constitutional provision prohibiting partisan gerrymandering,” the plaintiffs “creatively attempt to mine the [Bill] of Rights [found in Part I] to find or create some protection” against the practice. Harper, 868 S.E.2d at 581 (Newby, C.J., dissenting).

And she cites the State Supreme Court decision City of Manchester that states, “Once the legislature performs its decennial redistricting duties in compliance with the explicit requirements of Articles 26 and 65, this Court should not reexamine or “‘micromanage all the difficult steps the legislature [took] in performing the high-wire act that is legislative district drawing.’”

The Supreme Court hired a special master to redraw the state’s two Congressional Districts after the Legislature and Sununu failed to agree on a plan. The legislature approved two plans that would have made major changes in the districts, while the special master moved five towns in the northern part of the state from the first to the second district to make the needed changes due to population figures derived from the 2020 census.