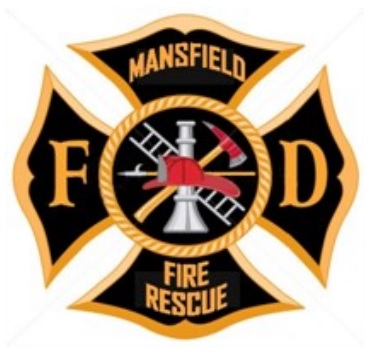 In the Dan Dowds remembrance piece I wrote, “Dan Dowds: A 50-Year Memory Brought to Life,” Dowd’s former captain, Dan Krizen, was part of the interview. He is such a memorable and interesting person, I wanted to share more of the conversation he and I had.

He had retired from the Mansfield, Ohio, fire department after 44 years. When he spoke of Dan Dowds, who worked under him, the captain said, “When things got bad, and they do, some people have a tendency to leave you. And Dan never left me in a burning building. They’d get scared, and maybe they think I’m a little bit crazy, but he always stayed with me.”

I asked Captain Krizen about the procedures at a fire.

“The assistant fire chief does that [run the fire procedures]. At a fire scene, I had interior command. I was always inside the house. If you pay attention and you learn what the fire is telling you, you know exactly what’s going to happen.”

How do you learn that?

“First, you have to hate fire, and then you have to love fire. You look at it and watch what it does, and it’ll dance across the ceiling, maybe something, a pillow will catch on fire and burst into flames. [Then you think] maybe I’ve been in there just a little bit too long.”

Is the fire talking to you?

“It’s telling you what it’s going to do through all the various signs the fire goes through.”

How did you get so adept at reading a fire?

“Number one, when I came on [to the fire department], one of the guys I rookied under was the best firefighter that Mansfield Fire Department ever had. Kelson Dearth just passed. What a fantastic man. My assistant chief ran [the] outside of fire scenes. If you told him you could put the fire out, then [there] was nothing he wouldn’t let you do. It was a great learning tool.”

How many are on a crew?

“We ran more than one station. So you’d have eighteen or nineteen guys on duty a day, but that doesn’t mean they’d all show up at the fire scene. There were two firefighters per truck except for my truck. I was always allowed to have my rookie in back with me. He rode backward.”

Describe how you fight a fire.

“Everyone is different. When you watch movies, and they say you can see, you can’t see. You’re blind. A lot of it is skill. But if you pay attention, I can lay on the floor, and there are about twelve inches where I can scan a room. I got to get down so I can get into that magic foot. Sometimes you can look down a hallway and see the fire in the kitchen, or you can look in the living room and see there’s somebody in there that needs help. That doesn’t hold true if it’s a basement fire. All the smoke is coming up from underneath, so you don’t get that magic twelve inches.”

When you go into a fire, do you have an idea of where the fire is?

“If you open the front door and no smoke comes out, naturally, it’s going to be on the second floor. If you open the door and the top half of the door and smoke comes out, you know it’s a first-floor fire. If you can’t see anything, it’s usually a basement fire. They are probably the worst. What happens when you go down basement steps [it’s] just like the chimney on a fireplace. That’s where all the heat’s coming up.”

Were you ever hurt?

“Many times. I’ve been burnt in a bunch of places. If you’re a fireman, you get hurt. Usually, you get burned around the neck. They would put medication on you that was called Silvadene, and that would help the burn heal quickly, but it took pigment out of your flesh, so you see firemen walking around all the time with white spots all around their neck where they’ve been burned.”

What do you do when there is no fire to fight?

“We’ve got our normal duties to carry out, and a lot of that I leave up to the firefighters, and Dan always took control and made sure everything got done, made sure the work was divided up equally if you could get him to the point that he would do it himself. We sweep and mop floors every day. Clean the restrooms. Wash the trucks—Squeegee the floors.

Do you have any kids as firefighters?

My family has over 200 years in the fire service, and I served forty-four years. My daughter became a cop. I said baby, you went to the dark side. She’s in Mansfield. Her husband is a police officer, too.

Why do you choose to take such a dangerous job?

“This gets complicated. When I was in the Navy in the military, in the South China Sea, in a small ship, an aircraft carrier hit us and cut us in half, and we lost 74 people. And I didn’t feel like I did enough. I did that [become a firefighter] to try to make up for what I did then. We had been in Vietnam, and we went out to the South China Sea to do an exercise with other countries. That’s when we got hit. When the collision happened, it hit us right in what we call the midship, and the front half sank within four minutes, and the back half stayed afloat.

What could you have done?

“I don’t know. I should have done something. I bummed around for a while, and then I decided it was time to get my act together, and I wanted to give back, so that’s what I did.”

Do you think breathing all that smoke over the years would give you liver cancer?

“I can’t say yes or no, but a lot of firemen die years later over the toxic stuff they’ve breathed in, and you have no idea of what you’re breathing in. You usually washed your gear once a year. After the fire is knocked down, that’s when you don’t have your air pack on, and that’s when you usually breathe in the majority of this stuff. Then you have to shovel all the debris out of the house and might have to pull ceilings and open walls, and that’s when you breathe in all the bad stuff.”

You did your part. You earned your retirement.

“I was born to be in a burning building. I love it. What kept me going [over the years], every time I got hurt, my wife, Linda, would patch me up and send me back to work. I cannot tell you how much I love her and how much she took care of me. We’ve been together forty years.”

“It [the job of firefighting] just didn’t last long enough. I work full-time, and my wife hates it. I do fire protection. I work on fire alarms, sprinkler systems, backflows, and anything associated with fire. We service companies.”