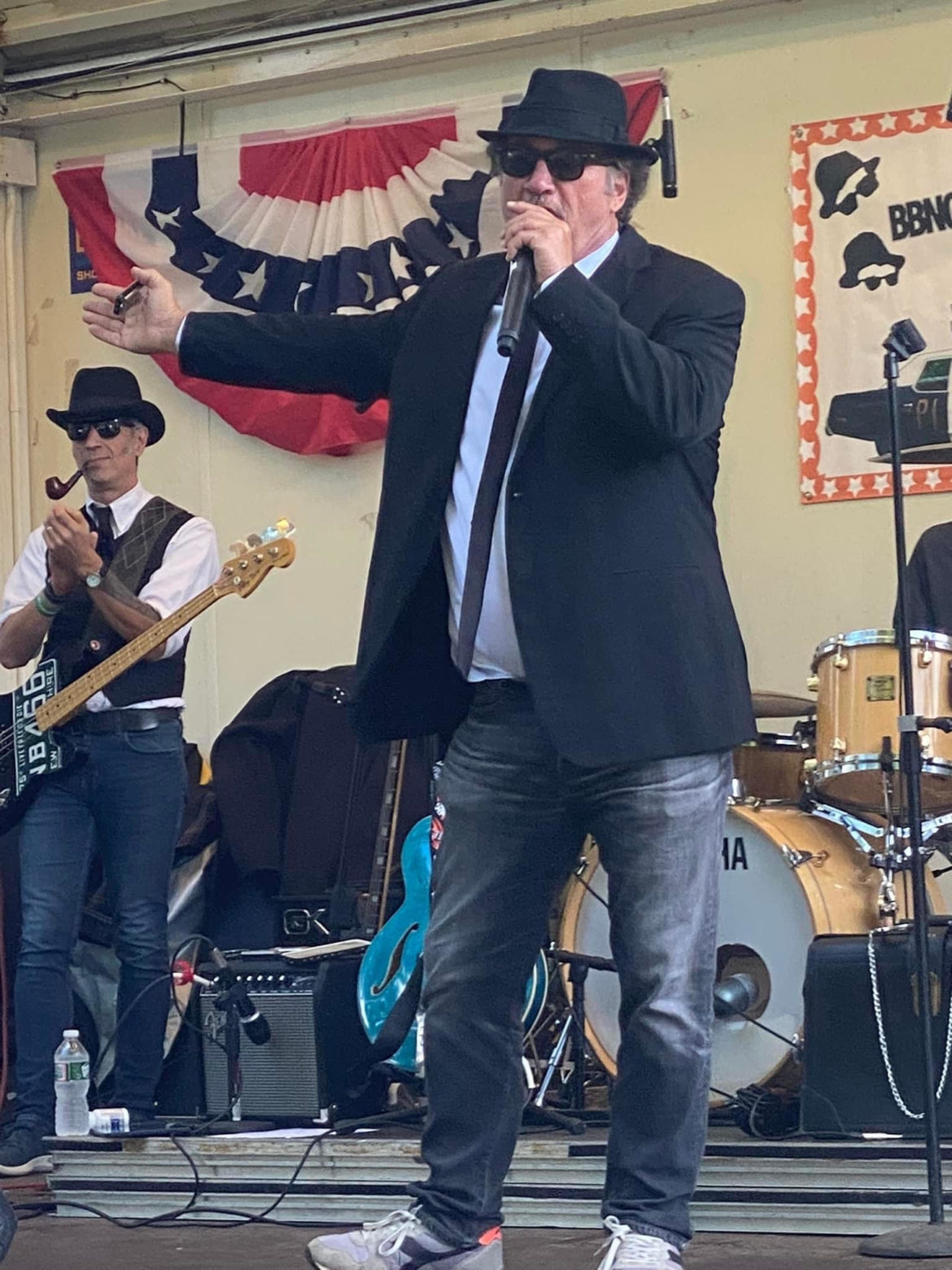 In 2017, New Hampshire Gov. Chris Sununu signed HB 640 which decriminalized the possession of three-quarters of an ounce or less of adult-use cannabis from a criminal misdemeanor to a civil violation punishable only by a fine. Morrissette has said, “Most of the license plates that came [to Eliot] in the last week say live free or die on them. That’s what’s going on.”

Morrissette of Loudon explained how the Belushi partnership came to be. Within a short time, Belushi was at their  Lebanon, Maine, location for a concert and to do some filming.

“This is an unusual business. You can’t cross state lines with products. I’ve been researching those kinds of things, and then one of the things I do is build our brand in the industry. I started watching television shows about cannabis. There’s quite a few. One of the things I ran into was the show Growing Belushi on the Discovery+ Channel with Jim Belushi and a comedy/reality show. I watched it, and they had already done a season when I started watching it. They were into the second season. By the second season, Jim had made deals with Dan Aykroyd about Blues Brothers; (Blues Brothers is a signature brand of the Belushi’s Farm products.) that was all part of it. They were traveling away from Oregon and going to places where they had made deals in different states. I could see it’s coming across the United States. I thought we were the perfect fit for it. I told my wife, Beth, I’m going to get these guys and talk to my partners and that I think it’s a great opportunity into representing their line in the state of Maine. We’re vertically integrated. I started looking around and contacting people I had seen on the shows, and I talked somebody into giving me an email address for Gregg Steinberg, the CEO of Belushi’s Farm.”

“I got out of the shower two days after I sent it, and my wife, I’m a jokester, she starts screaming that I’m not going to believe this. [She says] I don’t believe you faked an email. There’s an email here from Gregg Steinberg. Like I was tricking her as a joke. It was from him. I talked to him on the phone and Jim’s cousin, Chris Karakosta, General Manager of Belushi’s Farm, and within two weeks, they were over here.  They flew over the CEO of the company and Chris Karakosta, the costar on the show. We spent two days together and clicked.

Ryan Ward talks about the day they were in Maine. “It was fun. It was a full day of filming. They got tours of our cultivation facility and our manufacturing facility. We did a little kind of a skit in retail which was fun. They also got a tour of our new building in Eliot, which is currently under construction. They walked through it with us and were able to understand the larger vision of what we’re trying to do.”

When asked how East Coast Cannabis can partner with a company that sells a product that cannot be transported over state lines, Ward explained.

“What I mean, it’s like formulations. We will be coming out with some edible products with them. It’s like they’re sharing a recipe. From that recipe, we’re the ones that are making that product. There’s a lot that goes into that: validation, experience, and we’ll be able to work together as within Maine, we grow our own products. We’re vertically integrated. We have a lot of access to our own products. We’ll work with them to tweak and create the right recipe for the consumers.”

Ryan Ward explained why this is a good opportunity for ECC and its mission.

“We think it helps to expand the demographic reach [and] the consumers, the people that resonate with Jim Belushi with Dan Aykroyd and the Blues Brothers. I think it’s a fun brand, and it’s also something that the goal is for ECC to work on destigmatizing the industry and creating a level of normalization. People use it medically and recreationally, but it’s our belief that it’s important it’s not viewed as this kind of taboo product that people shouldn’t have. I think Jim Belushi has been focused on trying to help destigmatize the industry. That’s been a big help.”

With Maine.gov stating that there are over 3,000 cannabis caregivers in the program, the question is how a large company would affect the small cannabis grower. Ward spoke to that.

“I think the way the industry will evolve is going to be a combination of your Budweiser’s, and then there’s going to be those micro-brews/craft brews in the industry. We think it’s going to go the way of that. We’ll have these large multi-state operators that try to sell you cheap products. And I think you’ll have more premium brands like ECC and Belushi’s Farm that are working together to create premium products and products that are effective and usable for the consumer in different ways.”

Paul Morrissette has been very active in trying to bring cannabis to New Hampshire. He has testified before the legislature many times to help guide the Granite State through the cannabis legalization process. The results have been the same, and the state still does not have an adult-use cannabis program. He commented on what will happen this legislative session.

“It’s very difficult here. If you had a different governor, I think this would have happened years ago. They’ve had it through the House several times. The Senate has been the problem. The Senate is controlled by the Republicans right now with a Republican governor. I don’t think you’re going to see that happen so long as they control both there unless something different changes. We’ve tried it all different ways. Part of the problem in New Hampshire is a lot of the bills they write are written by politicians who some of them have never seen the product.”

“I’ve been contacted by five different politicians, and there’s also an organization called [the New Hampshire Cannabis Association, LLC] NHCann.org, and they’re like a lobbying group for business to promote legalization. They’ve contacted me. They are working with several legislators. Part of the problem is that everybody wants to go in this has never been in this business. When they generate these bills, especially the commercial portion, they don’t understand and wreak havoc with the bills. It’s very difficult to get a good bill.”

Ryan added, “We hope in the future that New Hampshire can get good policy in place that doesn’t serve special interests. But that’s going to be for them to work through, and we are here to help and advise. You always want to create an open process because, in so many states, they create corrupt processes that only benefit a handful of the titans of each state rather than making sure that everybody has a fair shake. That’s our hope if New Hampshire does it and they do it right, and it’s open and transparent and people who wish to get involved can.”

NBC10 Boston reported in July that University of New Hampshire political science professor Andrew E. Smith, who has been polling support for legislation, has support at 74%, with just 15% of respondents opposed.