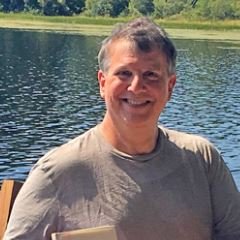 CONCORD – Gov. Chris Sununu vetoed a waste bill Friday upsetting Democrats and some Republicans that would have created a buffer zone for new landfills to help prevent toxic pollutants from reaching nearby waterways.

Democrats were pleased by his second veto – that of House Bill 1022, allowing dispensing Ivermectin by a pharmacist using a standard order to treat COVID-19.

Sununu announced them Friday along with 36 bills he signed into law this week.

“While we ultimately need to move away from landfilling, it’s critical that the state develop strong laws regarding how and where these facilities are allowed to be located. All landfills eventually leak toxic pollutants and this bill would have ensured that our waters are better protected.

In his veto message, Sununu said he agreed with the experts at the Department of Environmental Services that this bill would have been better suited as a study.

“It is extremely likely this bill would curtail landfill development in the state and lead to New Hampshire’s waste to be transported out of state, creating higher costs and property taxes for our citizens. New Hampshire’s landfill regulations are already rigorous and robust. According to the DES, there is no data indicating that the lined landfills currently operating and adhering to our regulations in the state are adversely affecting our state’s waterways.

“Therefore, while the intent of this bill is good, it is ultimately a solution in search of a problem. The requirements in HB 1454 would have likely prevented construction of some of the seven lined landfills operating in the state,” Sununu said.

Adam Finkel, a resident of Dalton who helped draft the bill, said every sentence in Sununu’s veto message on House Bill 1454 has one or more factual errors or grossly misleading statements.

“What can a nationally recognized expert in environmental science and smart regulation say about a veto message like this?” he said. “It fails the laugh test to claim that by making it hard to put a new landfill in extremely permeable sand or gravel and very near a lake or a river, it meaningfully would affect the supply of, demand for, and price of landfill services.”

Finkel, who used to help run a federal regulatory agency, said that while DES’s regulations for landfill construction “may be somewhat ‘rigorous and robust,’ its location (siting) requirements are embarrassingly weak.

“Ivermectin studies show no evidence in treating COVID which can lead to many other health problems,” Knirk said.  “House Democrats will stand united in assuring the veto blocking this legislation stands.”

In his veto message, Sununu said the state currently only has four instances in which pharmacists can dispense medication without a prescription. All drugs and medications should be subject to that same rigorous process if they are to be dispensed by standing order, he said.

Sununu said even with the veto, people can get Ivermectin if they have a prescription.

HB 293, An act relative to the procedure for adoption of a minor child

HB 347, An act relative to driving with a suspended license

HB 481, An act establishing the office of the right-to-know ombudsman and making an appropriation therefor

HB 503, An act codifying the council on housing stability and relative to telehealth and medically assisted treatment for substance use disorder

HB 1039, An act relative to the definition of “beverage manufacturer retail outlet,” certain liquor licenses and fees, including beer and specialty beverage festival licenses, relative to direct to consumer shipments of alcohol

HB 1132, An act relative to applications for a charter conversion school

HB 1160, An act relative to obedience to signals at railroad crossings

HB 1178, An act prohibiting the state from enforcing any federal statute, regulation, or Presidential Executive Order that restricts or regulates the right of the people to keep and be arms

HB 1258, An act relative to the implementation of the department of energy and relative to the definition of “municipal host” for purposes of limited electrical energy producers

HB 1311, An act prohibiting persons charged with or convicted of certain assault or controlled drug possession violations from employment in a public school or being granted teaching credentials

HB 1335, An act relative to the parole board and the procedure for medical parole of prisoners

HB 1448, An act relative to the pretermitted heir statute

HB 1467, An act relative to recounts of state representative races during a general election

HB 1495, An act prohibiting the state from requiring businesses to require vaccine or documentation related to vaccination or immunity status

HB 1526, An act relative to income eligibility for in and out medical assistance and relative to the executive committee for the mental health counseling compact

HB 1531, An act repealing certain statutory commissions relating to children and relative to the membership of the oversight commission on children’s services

HB 1597, An act permitting arraignments for felonies and preliminary examinations to be heard in circuit court

HB 1604, An act including state medical facilities in the statute providing medical freedom in immunizations, and relative to licensure of case management service providers

HB 1606, An act relative to administration of the state immunization registry

HB 1626, An act relative to the unique pupil identification system

HB 1661,  An act relative to regional career technical education agreements, an appropriation for preliminary work for a new legislative parking garage, health and human services, establishing an extraordinary need grant for schools, training and procedures for zoning and planning boards, and financial investments and incentives for affordable housing development

HB 1671, An act relative to the content of an adequate education

SB 229, An act relative to pharmacist administration of vaccines

SB 271, An act relative to the Burgess BioPower facility

SB 364, An act relative to the use of electronic poll books

SB 397, An act relative to the mental health counseling compact and the interstate compact on the placement of children

SB 419, An act establishing a commission to study the delivery of public health services in New Hampshire through regional public health networks

SB 424, An act relative to renewable energy and natural gas