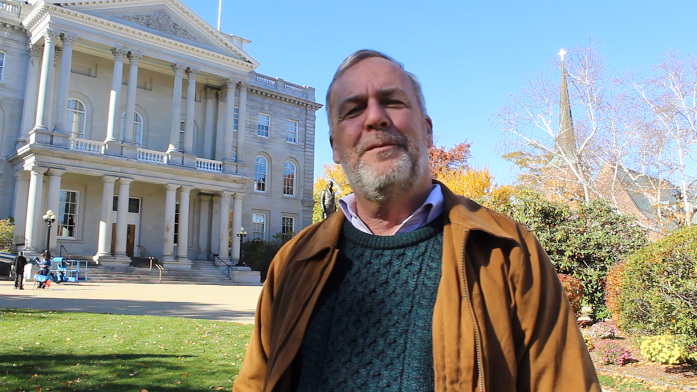 CONCORD — In an amended complaint, at-risk House Democrats claim the failure to provide remote access to sessions has violated their and their constituents’ constitutional rights.

The complaint filed earlier this week at U.S. District Court in Concord, claims the continued denial of remote access to members facing death if they contract COVID-19 has led to a partisan advantage for Republicans and violates the federal Americans with Disabilities Act and Rehabilitation Act, and the 1st, 11th and 14th articles of the U.S. Constitution.

“The more permanent and enduring nature of the risk to Plaintiffs means that the failure to provide adequate accommodations is a complete exclusion of persons with qualifying disabilities from participation in democracy and a complete disenfranchisement of their constituents,” according to the amended filing.

Since the original complaint was filed at the beginning of the 2021 session, attorneys for the seven disabled and immune compromised House Democrats note two have died, and one, House Minority Leader Renny Cushing, from complications related to COVID-19.

The suit was returned to the U.S. District Court to determine if the seven plaintiffs qualify under the ADA, after the First Circuit Court of Appeals initially sided with the plaintiffs.

But on rehearing, the appeals court reversed itself in a 3-2 decision upholding the U.S. District Court judge’s original ruling that House Speaker Sherman Packard has legislative immunity protecting him from the suit.

The plaintiffs had three choices, to appeal to the U.S. Supreme Court, to drop the suit or to amend their complaint to avoid the issue of legislative immunity, which they did and instead claim their constitutional rights and federal laws were violated.

Packard has continually denied requests for members to participate remotely saying House rules prohibit it, but Republicans have voted down four attempts by Democrats to change the rules.

The suit notes the Senate action and also contains a section about Mason’s Rules of Order adopted by the House, which Packard cites, and the courts assumed in their rulings as another reason the House cannot meet remotely.

The complaint notes another section should take precedence according to the National Conference of State Legislatures which would give priority to the Supreme Court’s decision that remote sessions are allowed under the state constitution.

“The decision of the New Hampshire Supreme Court in December of 2020 specifically authorizing remote attendance and participation of representatives thus trumps any individual section of Mason’s such as Section 786, which is an example of ‘(a)dopted parliamentary authority,’” the complaint notes.

The complaint also notes the narrow majority for Republicans and suggests not allowing the disabled Democrats to participate remotely increases the majority’s advantage.

“The refusal to provide any accommodations is for the purpose of gaining an unfair partisan advantage. Motions to explicitly allow remote attendance have repeatedly been decided on a partisan basis,” the attorneys write. “In essence the Defendants have deliberately created an extraordinary dilemma for the disabled — they can either place themselves and their families at an extreme risk of death, or they can forgo participation in democratic institutions, thus leaving their constituents unrepresented. This is really not fundamentally different from pointing a gun to the heads of the Individual Plaintiffs to block them from entering the House.”

The amended complaint notes a single vote has decided numerous issues in House sessions and in three instances, Packard had to vote to break a tie.

“These votes were of enormous consequence to the people of New Hampshire,” the complaints argues, citing the issues of abortion, redistricting, vaccine mandates, legalizing recreational cannabis use, education funding and state retirement measures.

While the House Speaker has refused to allow remote participation in House sessions, the seven plaintiffs, and a significant number of their colleagues, have disabilities that qualify them for protections under the ADA and the Rehabilitation Act, the suit claims.

The seven had individually requested to participate remotely but have been denied without any reason given, the suit contends.

The plaintiffs have been denied due process and equal protection, the right to equal access to representative democracy, and to freedom of speech and assembly according to the plaintiffs.

“This refusal constitutes viewpoint discrimination by retaliating against Democratic representatives and voters in a manner that dilutes their voting strength and enables the majority party to pass legislation not supported by a sufficient majority of the House members,” according to the complaint. “They target the disabled Democratic legislators and constituents because of their political views and association with other representatives and voters who support Democratic public proposals.”

The suit notes that both former House Speaker Dick Hinch and Minority Leader Cushing died from COVID-19 since the two-year term began.

Another plaintiff, Kathy Rogers, who chose to attend sessions and committee hearings at risk to her health, also died since the original complaint was filed.

“Given the ready availability of measures to provide reasonable accommodations, the refusal to do so is not only of an extraordinary character but shocks the conscience,” the attorneys wrote. “The supposed difficulties in affording accommodations are nothing more than flimsy excuses.”

The plaintiffs seek the court to declare the Speaker has violated their legal and constitutional rights, to permanently provide remote access and to pay court costs and attorney fees.