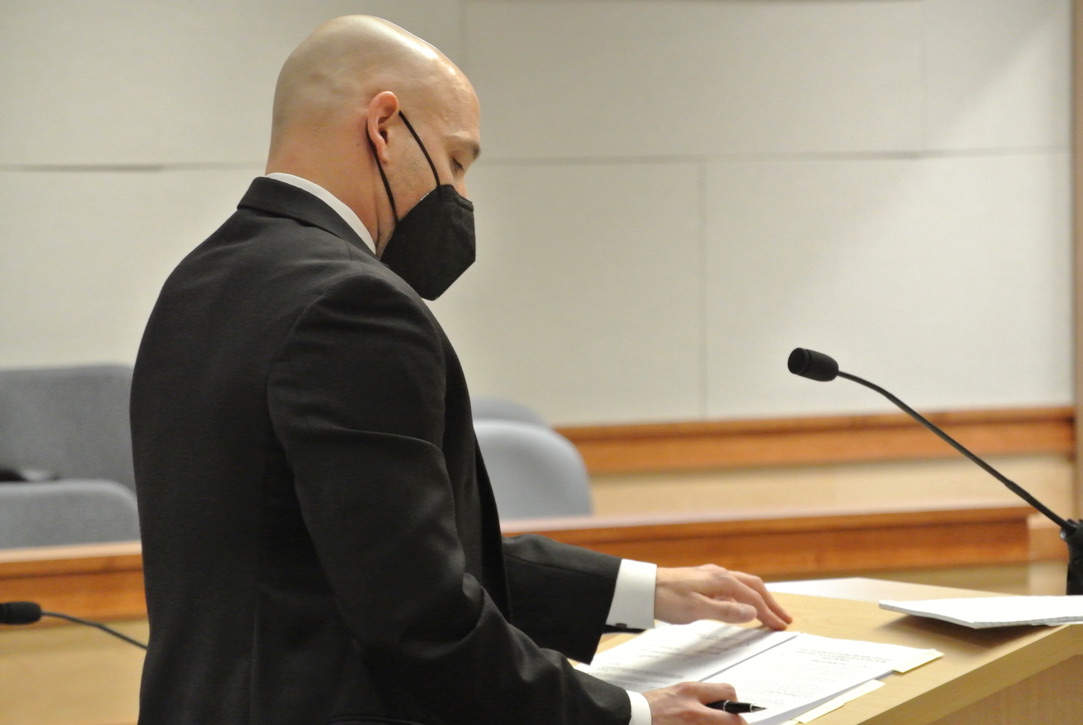 CONCORD — The public has no right to the confidential discipline records of a New Hampshire State Trooper who was fired after he lied during an investigation that landed a woman in jail for nearly two weeks, Assistant Attorney General Jessica King argued in court Thursday.

The New Hampshire American Civil Liberties Union is in court seeking the records for former Trooper Haden Wilber, who was fired in August of 2021. Wilber reportedly lied about a Maine woman, Robyn White, hiding drugs in her body. That lie and others by Wilber resulted in White’s illegal 13-day detention. The state settled a federal lawsuit with White for more than $200,000.

“Without that allegation the public interest is diminished, there is simply no allegation here of misconduct by the government,” King said.

“If this is not a case where disclosure is required, I don’t know what is,” Bissonnette said. “I have never seen a case like this where the conduct was so egregious.”

Judge John Kissinger seemed skeptical of the state’s arguments that the files are not in the public’s interest.

“Isn’t it in the public interest to know if the investigation can be trusted?” Kissinger asked.

Bissonnette produced the termination letter sent to Wilber from State Police Col. Nathan Noyes and Department of Safety Commissioner Robert Quinn laying out the case against the police officer.

Wilber was a member of the state’s Mobile Enforcement Team, the State Police unit that is known for so-called pretextual traffic stops. Pretextual stops are when a police officer stops a car for one reason, such as a tail light being out, and then looks for reasons to expand the stop into a wider investigation. Such stops are often associated with racial profiling.

White, now 46, was stopped on Feb. 10 of 2017 on Interstate 95 on the pretext that her car had snow on her rear lights. Wilber illegally searched White’s handbag during the stop, reportedly finding heroin residue, according to White’s lawsuit. Wilber then concocted a lie that White may have hidden drugs in her vagina as a reason to enhance the charges and keep her held in jail. White was subject to illegal body searches, including an illegal pelvic exam during her 13 days in jail. No drugs were found in her person during the ordeal.

Wilber is also alleged to have searched White’s cell phone during the initial stop looking for intelligence information in order to build a drug case against White, according to the letter.

The State Police investigation into Wilber’s arrest of White, coming after the lawsuit was filed in the United States District Court in Concord, found that Wilber lied on numerous occasions, the Noyes and Quinn letter states.

When confronted about the illegal cell phone search, Wilber told the investigator that troopers on the Mobile Enforcement Team “do that all the time,” according to the letter.

The investigation found that Wilber obtained a search warrant for the cell phone in March of 2017, more than a month after he had already searched it for “intel,” according to the letter.

Wilber was placed in the state’s Exculpatory Evidence Schedule, or Laurie List, last year after he was fired. He currently works in real estate.