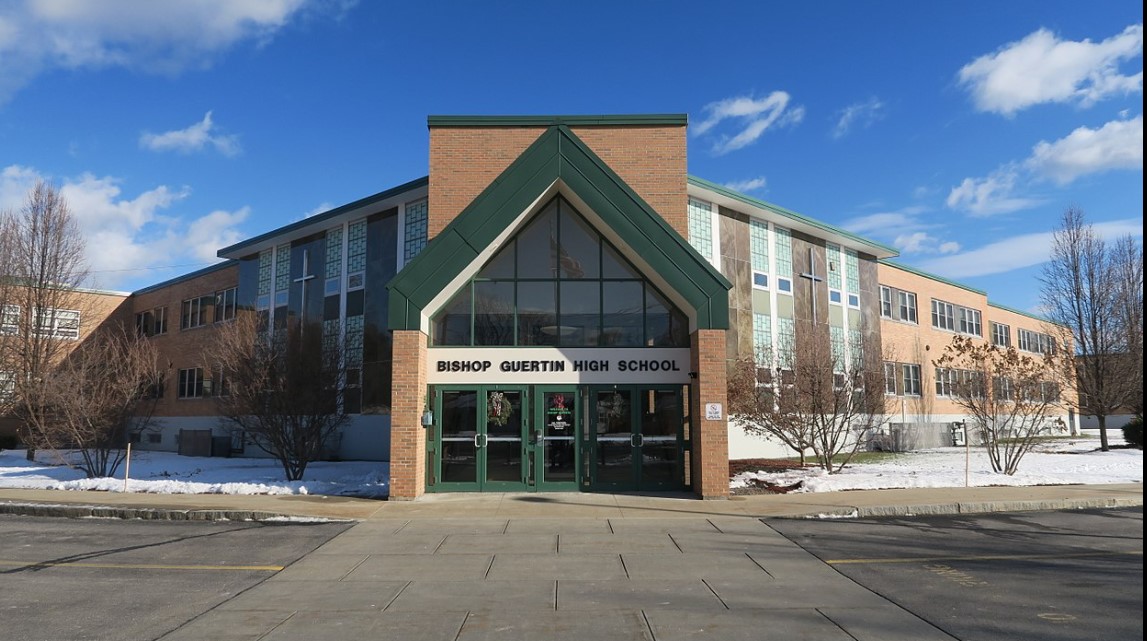 The lawsuit accusing Bishop Guertin High School administrators of allowing a convicted sexual predator to teach, and thus give him the ability to sexually abuse a new victim is now dismissed.

Judge Charles Temple ruled last week that the victim in the case, Larissa Troy, did not bring the lawsuit in time and therefore her case falls outside of New Hampshire’s statute of limitations. This ruling is despite the fact the school hired Brother Shawn McEnany reportedly knowing that he was a convicted sex offender at the time of the hire.

Paul Mones, Troy’s attorney who is based in California, declined to comment when reached Monday.

“I do not have a comment at this time,” he said.

David Pinsonneault, the school’s attorney as well as the attorney for the Brothers of the Sacred Heart Order which owns and operates the school, did not respond to a request for comment.

Under New Hampshire law, Troy had 12 years to bring the lawsuit from the time she said she was assaulted in 1995, or until 2007. However, she did not file her lawsuit in the Hillsborough Superior Court – South in Nashua until 2018.

Alyssa Dandrea, with the NH Coalition Against Domestic & Sexual Violence, said New Hampshire needs to do more to make sure victims of sexual assault can seek justice.

“We’re deeply sorry that the survivor was not able to seek justice in this case. It took tremendous courage for her to speak her truth and to share her story,” Dandrea said. “Survivors experience emotional, psychological, and physical trauma that can have lifelong effects, and it is critical that we recognize the complex nature of these crimes and give survivors the opportunity to seek justice when they’re ready.”

According to the lawsuit, McEnany was convicted in 1988 of sexually assaulting a 15-year-old girl when he was a teacher at the St. Dominic Regional High School in Lewiston, Maine. St. Dominic was also owned and operated by the Brothers of the Sacred Heart. As a result of that conviction, McEnany was required to register as a sexual offender and he was barred from teaching.

In 1990, Bishop Guertin hired McEnany to be a teacher in Nashua, a fact not in dispute in the legal filings. A former administrator at Bishop Guertin said the school knew about McEnany’s record when it asked him to teach at the school in 1990 but did not think he would pose a threat because Guertin was an all-boys school at the time, according to an Associated Press report. The school began admitting girls in 1992.

Troy started attending Bishop Guertin in 1992. In November of 1995, when she was a senior, McEnany allegedly forced himself on her in a classroom, according to the lawsuit. The lawsuit alleges at least one other incident of sexual assault.

After she was assaulted, Troy went to the school’s Dean of Students Susan Mansor, according to court records. Mansor accused Troy of making up the abuse, according to the lawsuit.

“Ms. Mansor warned the plaintiff that she ‘would be in a lot of trouble at home and at school’ if she continued to repeat the ‘story,’” Temple’s ruling states.

McEnany would end up getting arrested in 1997 for failing to register as a sex offender and being a teacher despite being a sex offender, which is illegal in New Hampshire. Those charges were later dropped. McEnany went on to become a social worker in Rhode Island. He died in 2017.

Troy claims in court records she never knew about McEnany’s prior conviction, and only learned about it in 2017. She states in court records that she has suffered psychological problems since her abuse as a Bishop Guertin student.

Both sides entered into settlement negotiation last year, according to court records, but this failed to resolve the lawsuit. After the settlement talks broke down, the school moved for a summary judgment to have the case dismissed based on the statute of limitations.

Bishop Guertin is considered a private school, and not a part of the New Hampshire Roman Catholic Diocese.