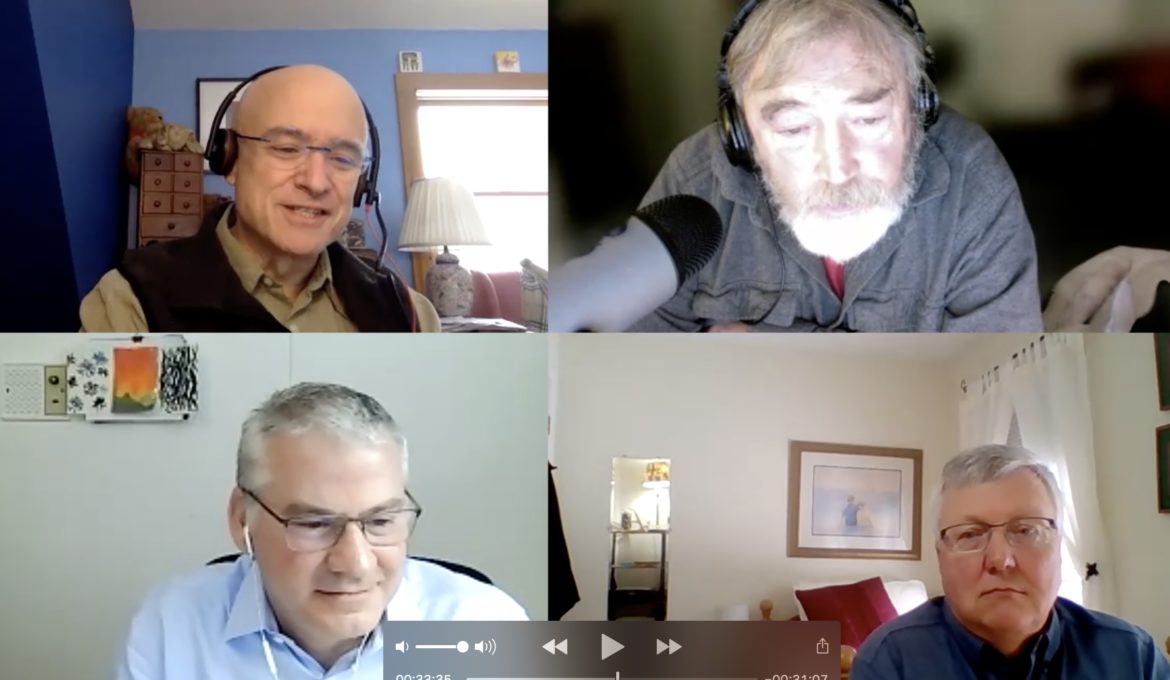 Joint project by NH Secrets, Legends and Lore and The Radical Centrist

Will Electric Vehicles form an important Component of Energy Storage in the Future?

Hosts Wayne King and Don Kreis-NH Consumer Advocate before the Public Utilities Commission – speak with Bill Johnstone, business development executive, and Brian Callnan, VP of Power and Resources Access at the NH Electric Cooperative about a pilot project with big implications for energy storage and cost control with respect to electric rates.

In a recent conversation I had with musician and environmentalist Livingston Taylor when he was scheduled to perform at the Flying Monkey in Plymouth, Liv posited that his chief concern regarding our way to solving the climate crisis was the ability to store energy so that we could rely more sustainably on renewable sources of energy. The challenge, of course, being that most renewable sources of energy are what we call “intermittent” meaning that we can only count on them under certain conditions: For wind turbines to produce energy, the wind must be blowing. For solar, the sun must be shining, etc. Taylor was talking about improving upon ways to effectively store energy so that we can use it when we need it to accommodate the lives we lead.

Now I could have just said that my co-host on this podcast episode Don Kreis, NH’s Consumer Advocate before the Public Utilities Commission, and I have discussed this because we have. But now when you think of the brilliant mind of Don Kreis, you’ll also associate it with the humor and musical stylings of Livingston Taylor and that will make it all the sweeter.

When I spoke with Livingston about this at the time, he was advocating for a “Manhattan Project” for energy storage to bridge the gap but Don assures me that the “holy grail” of energy storage is – in fact – something that both the private sector and the civil society sector are both in hot pursuit of and doing quite nicely.

If you listen to the last two interviews that I did on the “Radical Centrist Podcast with Don Kreis” you’ll recall that Don spoke at length about interactive ways for private utility companies, cooperatives and consumers to be collaborating to minimize energy usage during peak times and shift it instead to times when energy rates could be more affordable.

The brilliant writer and scientist Jeremy Rifkin coined a word for this. “ProSumer” Do you have solar panels on your home? Then you are both a consumer and a producer. Voila! A Prosumer.

Luckily for some of us who are served by the more responsive and responsible utility companies and cooperatives the majority of these companies in New Hampshire – with one notable exception –  are seeking out ways to create avenues for consumers to actively participate in the process of creating more sustainable approaches to energy use, particularly electing to use energy in ways that reflect the need to reduce energy use during peak hours and participate as prosumers in the process of leveling out supply and demand.

Today’s podcast features a new pilot project that is a collaboration between Plymouth State University and the NH Electric Cooperative. Utilizing electric vehicles in the University fleet as both users of energy from the grid and contributors of stored energy that is able to be called on by the grid during peak hours.

It is a small project but its implications are huge. The next time you drive by a massive parking lot at a university or high school or business, imagine all those vehicles as one giant battery that reduces the need for other sources of energy because the vehicles in that parking area are serving as both an energy source and a consumer.