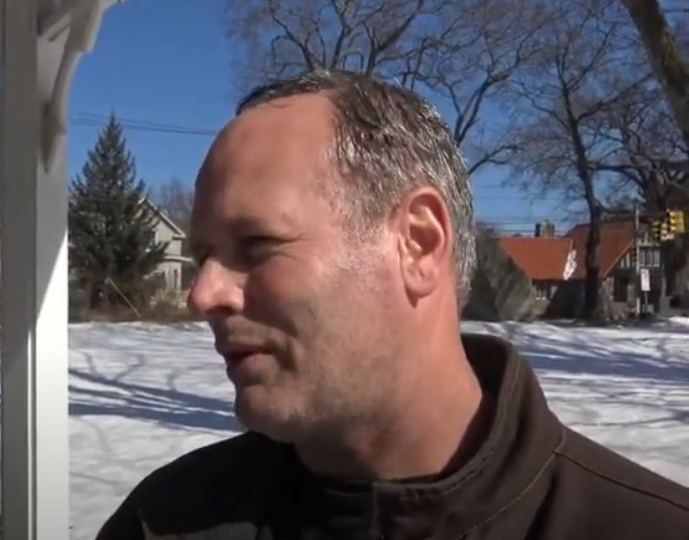 An ex-Nashua police officer who retired 18 years ago wants to know how he suddenly landed on the secret Laurie List of untruthful law enforcement officers four years ago but wasn’t told until recently.

Tony Pivero, 57, said neither the Nashua police, nor the Attorney General’s Office will tell him why he is on the list, even after he filed a right-to-know request under state law RSA 91a.

On Monday, Pivero filed a public records lawsuit against Attorney General John Formella in Merrimack Superior Court in Concord demanding the records he believes would explain what prompted the addition of his name to the infamous list, which is now called the Exculpatory Evidence Schedule.

“I’m angry,” Pivero said. “I never knew about my name being on the list for four years.” Although most listed police and former police want the list to remain confidential, Pivero said he’s done nothing wrong: “I have nothing to hide.”

Pivero said he found out when he received a letter from Senior Assistant Attorney General Geoffrey Ward dated Sept. 24 saying Nashua police placed his name on the list Dec. 20, 2017.

Pivero was one of 257 officers who were sent the Sept. 24 letter required under a new law notifying everyone on the list they can file a lawsuit in Superior Court to argue why their name should be removed before the list becomes public.

Being kept in the dark is particularly upsetting, Pivero said, because the new law was intended to make the Laurie List or EES more transparent, but no one will tell him why he was placed on it.

Pivero plans to file in Superior Court Wednesday as well under the list removal process outlined in the new law.

“They are not transparent at all,” Pivero said. “All I’m looking for is information.”

Senior Assistant Attorney General Ward said on Tuesday that the office has used an internal process to remove a total of 29 names from the EES – with half of them removed since the new law went into effect Sept. 24. That is separate from the removal process detailed in the new law which will be decided by a judge.

Some names, corrections officers’ included, were removed because they didn’t fit the definition of law enforcement officer, Ward said.

Ward said he could not discuss the Pivero case.

Since the EES is still confidential, it cannot be released even to people who are on the list.

The new law, RSA 105:13-d,IId, sets forth a process by which entries on the EES will become public.

“At this time, these entries are non-public, and we cannot disclose records related to your client’s placement of the EES without those records being made generally available to the public.

“No statute permits a confidential exchange of documents to occur between your client and this office,” Ward told Pivero in a letter dated Dec. 20.

The letter doesn’t cite any exemption under the right-to-know law. The names of officers who choose not to file a lawsuit will be made public either 90 or 180 days after notification, depending on when they were placed on the list.

It will be up to a judge to determine whether an officer has been erroneously placed on the list for those who file lawsuits.

On Jan. 3, Ward’s office will have to report on its website the number of officers who have filed lawsuits and other details as laid out in the new law.

It is still unclear what process the state will use to reach the family of officers who are deceased, Ward said.

Although the new law doesn’t address deceased officers directly, Ward said his office will try to reach their next of kin who may have a privacy interest in keeping the name confidential. He wouldn’t say how many deceased officers are on the list.

If the next of kin doesn’t file a lawsuit, the names of the deceased officers will become public within the same time frames as living officers, Ward said.

Pivero said he was a thorn in the Nashua department’s side when as the president of the patrolman’s union, he fought for the rights of his members. He had also spoken publicly to the press about what he perceived as preferential treatment for the relative of a politician and other matters.

But what really riled the attorney general, Pivero said, was when his complaint against former Nashua Police Chief John Seusing in 2013 led to Seusing’s name being placed on the Laurie List.

“This all goes back to the Seusing complaint,” Pivero said of his placement on the list.

In 2013, Pivero accused Seusing of fabricating an arrest report in the mid-1980s related to a bar fight that resulted in a lawsuit.

The lie was disclosed in one homicide case in 1993, but the judge ruled it inadmissible saying it wouldn’t have made a difference and likely would have confused jurors.

Then it wasn’t disclosed again until after the attorney general’s investigation when three men convicted of homicide were alerted.

The Laurie List, now called the EES, is the tool prosecutors use to flag an officer’s name when there is sustained discipline in his or her personnel file that must be disclosed.

Only substantiated allegations that have received due process can land an officer on the list.

Nashua police disciplined Pivero in 2002 after he was ordered to translate a defendant’s statement from Spanish to English. Pivero said he wasn’t fluent in Spanish and refused.

They alleged insubordination, truthfulness, cooperation and conduct toward supervisors.

Six weeks later Pivero shot and killed John Collopy, a retired Massachusetts police officer, who was fleeing the scene of the murder of Collopy’s ex-wife and a male friend on Sept. 2, 2002.

He retired on accidental disability before being able to fully challenge the discipline for refusing to translate the defendant’s statement, so he never received due process, Pivero said.

Ward has said he can’t speak to what the list will look like when it is eventually released.

“But I think what we’ve made clear – and I think has gotten lost to some extent in the focus on the EES – is that my obligation, any prosecutors obligation in any case, is not simply to check the list and go from there,” Ward said.

Instead, the prosecutor should make inquiries of the officers’ department to make sure all exculpatory evidence is disclosed to the defense.

The attorney general’s 2018 removal protocol requires officers produce an order from an arbitrator, or from a court that has reviewed the circumstances that required placement on the list and made a finding that in essence those circumstances did not occur, Ward said.

Negotiations between the Attorney General’s Office, ACLU-NH and five newspapers seeking to resolve a lawsuit filed by the news organizations seeking to make the list public culminated in the new law.

The Center argued the new law strikes the wrong balance between the public’s right to know about the functioning of law enforcement officers and departments where serious misconduct allegations exist versus the privacy of individual officers.

The state has asked that the case be dismissed.

Disclaimer: The New Hampshire Center for Public Interest Journalism is the lead plaintiff in the public records lawsuit.