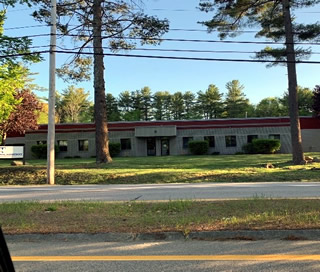 CONCORD — The Salvation Army in an October court filing has reaffirmed its claim that former Portsmouth Attorney James E. Ritzo defrauded the entity of assets it was entitled to receive.

Ritzo had responded through his attorney on Sept. 16 to a petition by Director of Charitable Trusts Thomas Donovan’s allegation that Ritzo and his wife, Carol B. Ritzo, had manipulated trust funds in his care to reduce the amount of payouts his client had intended for the Salvation Army. According to Donovan, the assets initially were valued at more than $2 million, but the Salvation Army received less than $400,000 from the trust fund created on behalf of Francis W. Cash.

Attorney Russell Hilliard of the law firm Upton & Hatfield wrote on behalf of Ritzo that Donovan’s filing was “based in large part on allegations made by individuals who were strangers to most of the events and transactions recounted in the petition.”

Hilliard further argued that the case was barred by the statute of limitations; that the petitioner lacks standing; that the petition failed to state a claim upon which relief may be granted; that the case was barred by estoppel (precluding a person from asserting something contrary to what already has been implied), laches (an unreasonable delay in making a claim), and waiver; and that the Ritzos are entitled to protections under RSA 7:27, testimonial privilege against self-incrimination.

According to the petition filed on July 16 in the 10th Circuit Probate Division, James Ritzo and the late Roger W. Guilbault Jr. of Portsmouth “insinuated themselves” into the life of Francis Cash, an elderly bachelor with no close relatives, more than 20 years ago.

Hilliard responded that Cash had a “longstanding close relationship” with Guilbault and specifically wanted him to be a beneficiary of the Cash Trust.

On June 5, 2001, Ritzo drafted the Francis W. Cash Memorial Trust which provided that, upon Cash’s death, Guilbault would receive 80 percent of the trust’s net income annually. (To meet Internal Revenue Service requirements, the terms later were amended to provide five percent of the trust’s principal value on an annual basis.) The Salvation Army was to receive the trust’s remaining value upon Guilbault’s death, according to the petition.

Cash died on Oct. 20, 2002, at the age of 87. Four days later, when Ritzo filed probate documents, the value of the Cash Trust was listed as $2,037,047.73. As part of the probate process, Ritzo petitioned for the amended payout amount to Guilbault and asked for an increase from 1 1/2 percent to 2 1/2 percent as his trustee fee.

Hilliard said the change was prepared at the insistence of the Salvation Army to conform with Internal Revenue Service requirements and that it was approved by the probate court. “In addition,” he wrote, “James Ritzo continued to only accrue a fee equal to one and one-half percent of the principal value annually.”

Ritzo failed to notify the director of Charitable Trusts of the change in terms, but Hilliard asserts that there had been no willful violation of the statutes.

On July 23, 2004, Ritzo created the Demeritt Farm and the Rock Street trusts in order to purchase real estate, allegedly using money from the Cash Trust to purchase a single-family home and adjacent land at 67 Demeritt Avenue in Lee and a four-unit apartment building on Islington and Rock streets in Portsmouth.

Hilliard responded that rental payments on the property and the rental unit flowed to the Cash Trust with the Salvation Army as a beneficiary.

Hilliard said the use of a condominium as a law office served as partial compensation for Ritzo’s service as trustee, and sales and rental proceeds went to the Cash Trust.

Donovan alleges that James Ritzo was aware of Guilbault’s declining health and, anticipating the Cash Trust’s obligations to the Salvation Army, he conveyed two units on Rock Street and the Demeritt Farm property to the Cash Trust before Guilbault’s death. Carol Ritzo first leased and then sold ownership of the unit at 125 Islington St. to her son and daughter-in-law.

Hilliard said the property conveyed to Carol Ritzo had served as partial compensation for James Ritzo serving as trustee.

Hilliard’s response was that the property was sold at fair market value to an unrelated third party “with the knowledge and consent of the Salvation Army.”

“Moreover, with the consent and at the direction of the Salvation Army … James Ritzo paid certain debts of Mr. Guilbault before closing the trust,” Hilliard wrote.

“[T]he assets of the estate were reduced by satisfaction of federal and state inheritance taxes in the approximate amount of $360,000, payments to the lifetime beneficiary, Roger Guilbault named as such by Francis Cash, of approximately $650,000, and other legitimate and proper expenses of the trust as reflected on annual tax returns filed with the Internal Revenue Service,” Hilliard wrote.

In its Oct. 7 response, the Salvation Army, through Attorney Daniel Hoefle of Hoefle, Phoenix, Gormley & Roberts PLLC, reaffirmed its position and made a cross-claim affirming that, although Guilbault was to receive 80 percent of the net income, while Guilbault was serving time in prison, Ritzo did not distribute the full 80 percent, instead creating new trusts and investing in real estate.