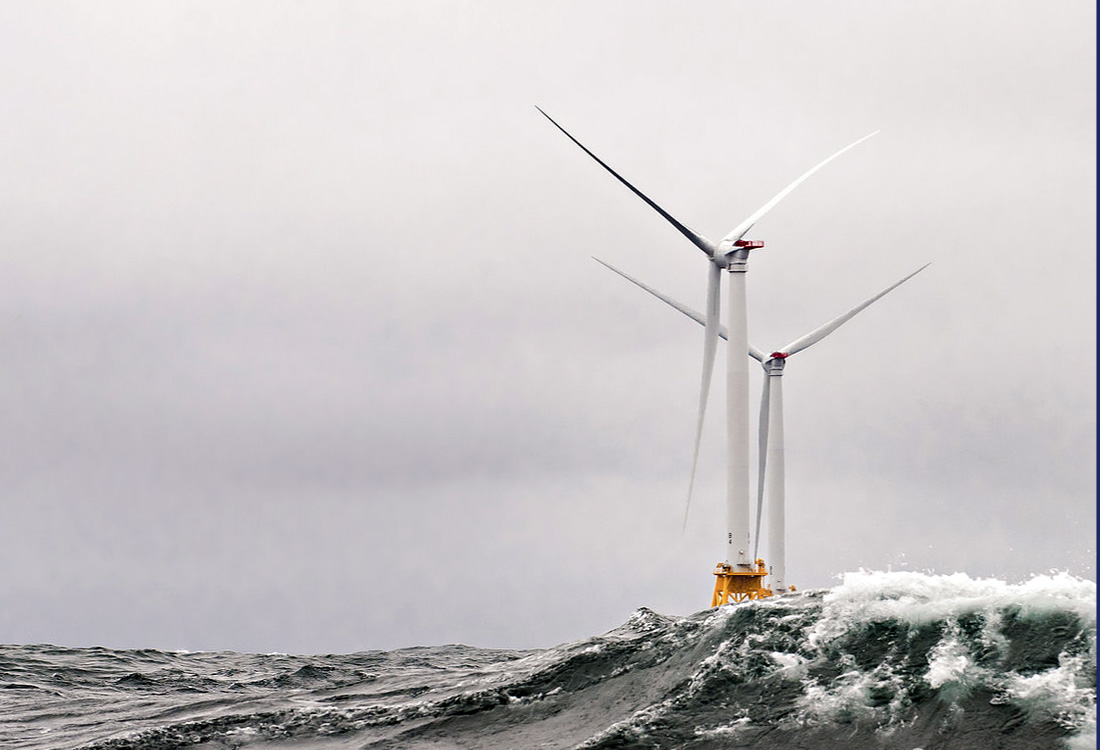 PORTSMOUTH — As the Commission To Study Offshore Wind and Port Development approaches a deadline for submitting recommendations to the governor and the legislature, questions about the role of fishermen and others who may be impacted by the project continue to arise.

During the commission’s Sept. 27 meeting at the Pease International Tradeport, Erik Anderson, representing the N.H. Commercial Fishermen’s Association, pressed Mark Sanborn, assistant commissioner of the Department of Environmental Services, about worries that wind towers might disrupt the livelihoods of New Hampshire fishermen.

“If we ever move forward with offshore wind in the Gulf of Maine, there will be a representative of the commercial fishermen from the New Hampshire side, I promise you,” Sanborn assured him.

The impact of an offshore wind farm on marine life has been a continuing topic of concern to fishermen who already are coping with climate change, evolving federal regulations, and a pandemic that has disrupted their industry.

Prior to the meeting, Jim Titone, serving on the commission as a representative of the Yankee Fishing Cooperative, described the up-and-down nature of commercial fishing. He noted that, during last year’s COVID-19 lockdown, lobster prices plummeted to $3 per pound. Currently, possibly due to pent-up demand, lobster prices have jumped to $7 per pound. He doesn’t know how long that pricing will continue, and is concerned that projects like that proposed for the Gulf of Maine will permanently hurt his industry.

In response to a letter that Gov. Chris Sununu and eight other governors signed after President Joe Biden announced his offshore wind initiative, the White House has pledged to develop better guidelines on how to deal with issues such as mitigation for fishermen. Environmental justice — described as “the fair treatment and meaningful involvement of all people with respect to the development and enforcement of environmental laws, regulations, and policies” — is part of what the commission is charged with considering.

The Gulf of Maine is targeted for offshore wind turbines because it has some of the strongest wind speeds in the world. Offshore wind development there is seen as a potential benefit to the regional economy as well as helping the United States meet President Biden’s goal of achieving 30 gigawatts of offshore wind capacity by 2030. The Gulf of Maine project, which would place floating wind turbines between 10 and 40 miles offshore, could come online in as early as five to seven years.

The Commission To Study Offshore Wind was established to study the potential economic and environmental benefits and impacts of such a project, and to report back by Oct. 31 with potential legislative recommendations to see that New Hampshire’s interests are taken into account.

While the project would be set in federal waters beyond the state’s three-mile jurisdiction, New Hampshire has the authority to regulate any transmission-related infrastructure that may pass through state waters, as well as any associated on-shore construction necessary to connect electricity from the wind farm to the New England electric grid.

New Hampshire is a member of the Gulf of Maine Intergovernmental Renewable Energy Taskforce that is coordinating the New England government agencies involved in offshore wind planning, established by the Bureau of Ocean Energy Management (BOEM) at the request of Governor Sununu. Sununu has asked the offshore wind commission to also look into supply chain needs, port capabilities, workforce development, energy procurement, transmission and storage, and fisheries and marine environment, as well as how offshore wind might reduce greenhouse gases and contribute to lower ratepayer costs.

The state has received support from the University of New Hampshire through an education partnership agreement to look into the various impacts, with additional support coming from the Portsmouth Naval Shipyard. The state also is coordinating with southern Maine and northern Massachusetts in looking into the economic impact on businesses.

What Sanborn described as Phase 1 — the report due at the end of October — will seek money to assess “and really flesh out” some of the projects that might be eligible for federal grants of between $5 and $10 million.

Diane Foster of UNH said one such project is an analysis of the workforce, infrastructure, and supply chain needs for offshore wind.

“This is a New Hampshire-focused proposal that extends into North Shore, Massachusetts, and Southern Maine, as appropriate,” Foster said.

She also said that UNH and three other institutions are sharing a $10 million grant from the U.S. Department of Energy to develop the Atlantic Marine Energy Center that would evaluate marine renewable energy. “I refer to that as whirligigs in the water instead of whirligigs in the air,” she said.

Members of the commission also discussed their desire to make sure any technical work goes to local residents rather than experts from elsewhere. Sen. David Watters, D-Dover, said he plans to use legislation to make that a condition, focusing on training local people in the necessary skills, which range from electrical technicians to helicopter rescue operations.

Kelly Buchanan, director of Legislative and Regulatory Affairs for Clean Energy NH, demonstrated the website she created on behalf of Sen. Watters, https://www.offshorewindnh.com, which pulls together information about the Commission To Study Offshore Wind and Port Development and its initiatives, with background information on wind energy, the Gulf of Maine project, and other issues relating to the work being done.

“I’m just so impressed with her work,” Watters commented.

The senator then discussed the upcoming legislative session where he plans to introduce a bill based on last year’s Senate Bill 151 that passed the Senate policy committee, but was retained by the Senate Finance Committee. He said the bill included language about protecting the interests of fisheries, the environment, and labor, among other things.

“Filing [of bills] starts Oct. 13,” Watters said. “If you do have ideas coming out of the subcommittees between now and Oct. 13, and say I need to do something, then I will do it.”

There were 11 people at the table and seven in the audience, and 11 were masked for some or all of the meeting.