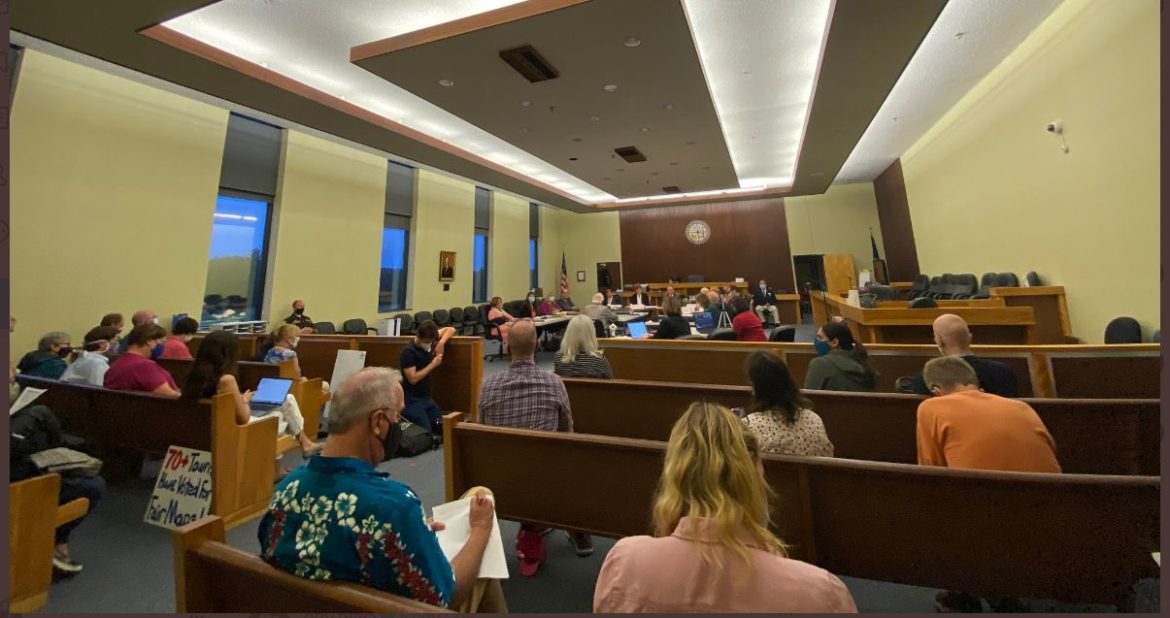 DOVER – Strafford County residents charged House and Senate special committees on redistricting to do their work and bring back a new political map to consider that is fair.

A public listening session was held Wednesday night in the Strafford County Courthouse but it was also available on YouTube. Similar county listening sessions are being held throughout the state this fall.

Every decade, political boundary maps are redrawn based on the results of the federal Census. But it can get complicated and political.

Speakers, some of whom were former or current state Representatives from Rollinsford, Madbury, Dover, Somersworth, Rochester, and Barrington expressed concern that their current Executive Council District 2, which runs from the Vermont border to Maine, is gerrymandered or “packed” meaning that it was drawn to collect Democratic votes into one basket rather than distributing them out to other council districts making those districts more likely to be held by Republicans.

Cinde Warmington of Concord, the lone Democrat on the Executive Council, represents that district and prior to her, it was held by Democrat Andru Volinsky.

The council is now 4-1 with Republicans dominating. Emmett Soldati, who ran unsuccessfully for District 2, said some politicians cannot even pronounce some of the names of the communities in the district which they might want to serve, like “Westmoreland.”

He said if you do not have something in common or connections with communities, politicians need to rely on financial resources.

Fair maps, he said, are based on human connections, not money and that leads to better government.

Parker Cook of Dover said citizens put faith in legislators to be fair and loyal to Democracy.

“I find my faith a little shaken when I look at District 2,” Cook said, noting that at breakfast, he will show his child a map of the executive council districts and ask her which one does not look like the rest?

Nate Stewart of Dover told lawmakers he is concerned that the youth of the state, like him, are underrepresented and moving out of the state.

He said he is concerned that people feel disenfranchised and distrust the government and he urged lawmakers to come back to the public with a map that can be discussed before it is finalized.

Others expressed concern that the last time a map was drawn a decade ago, there were only 24 hours to respond to the map that was laid out before it was finalized.

The meetings continue on a county basis across the state with the schedule found here http://gencourt.state.nh.us/house/committees/committee_websites/Redistricting_2021/meetingschedule.aspx
Merrimack County already had its meeting. This was the second. The next one is for Grafton on Sept. 28.