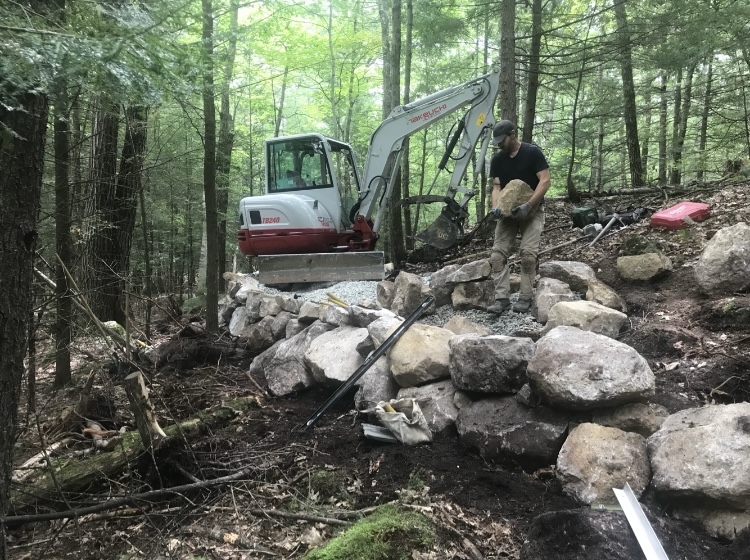 A hidden gem is one way you could describe Manchester‘s largest conserved area, the Cedar Swamp preserve. The 620-acre site features trees as old as 450 years.

A hidden gem is one way you could describe Manchester‘s largest conserved area, the Cedar Swamp preserve. The 620-acre site features trees as old as 450 years. It is located near a bus route, west of Southern New Hampshire University and I 93. The preserve is also the focus of a new incentive to make the trail accessible by all, including people with disabilities.  Its new all-persons trail was launched with a groundbreaking in July to celebrate the Americans with Disabilities Act. It should be open for all this October, according to Mark Zankel, and  Joanne Glode of the Nature Conservancy.   In his latest podcast, Roger Wood talks with both of them about the new trail and how it will dovetail with the rest of the preserve.

Mark joined The Nature Conservancy in 1994, just out of graduate school, working as an ecologist with the North Carolina Chapter.  From 1996-2000, he served as the Director of Science and Stewardship in Delaware.  Mark continued to migrate north in 2000, becoming the NH Chapter’s Director of Conservation Programs and, in 2006, its Deputy State Director. In March 2013, Mark rejoined the Conservancy as State Director for the New Hampshire program.