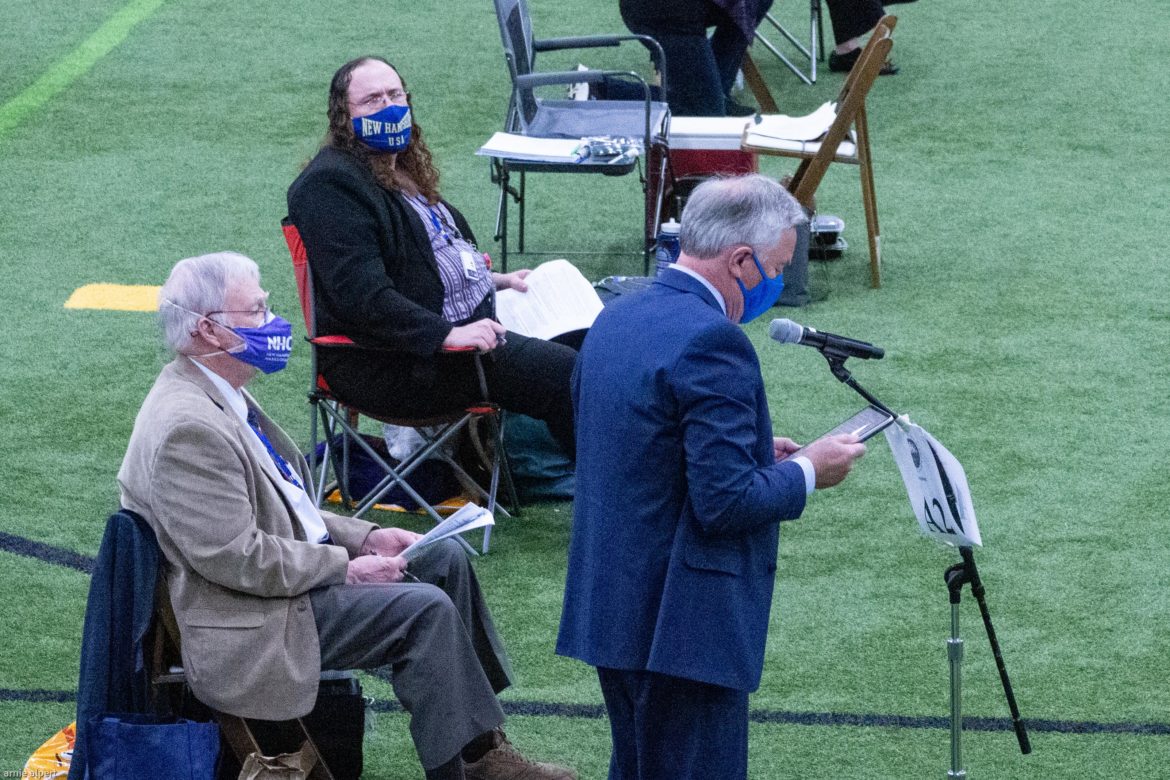 The day before Gov. Chris Sununu signed the worst budget in New Hampshire history into law late Friday afternoon, the Majority Leader of the New Hampshire House of Representatives framed it as “a transformational symphony of reforms.”

While elections have consequences and members of different political parties are never expected to be fully in tune with each other when it comes to state spending, this particular “symphony” is much closer to a symphony of sorrow and depravity than “reform.”

Not content to simply make cruel and questionable spending decisions and play their usual shell game of appearing to cut state taxes while shifting the cost of services to property tax payers, the self-proclaimed “conservative” authors of this budget also crammed in a number of critical changes to state law usually filed as separate bills.  The result is a flaming dumpster fire that is nothing short of a disaster for anyone who cares about reproductive freedom, free speech, or helping our children think critically when it comes to our nation’s shameful history of racism.

Some of the low-lights:

• Any woman seeking an abortion for any reason, including rape or incest, will now need to pay up to $1,500 to get a mandatory invasive transvaginal ultrasound procedure.
• Women who find themselves carrying an unviable fetus longer than 24 weeks will now be forced by the action of 424 strangers (and one governor) to carry the fetus to full term, again with no exceptions for rape or incest.
• Any doctor who performs an abortion after 24 weeks will now face a felony charge that involves jail time.
• Going forward, facilities like the Seacoast’s Joan Lovering Health Center will be forced to submit to a time-consuming, unnecessary, ambiguous and very poorly-worded audit process requirement in order to prove that none of the public money they receive from the state has been used to pay for abortions. These facilities will also have to try to survive the loss of $1.2 million in stopgap funding Democratic lawmakers had proposed to cover a temporary lapse in federal money that centers saw under a Trump administration rule. Those funds were removed from the final budget.
• Public schools, state agencies, and state contractors are now effectively banned from providing instruction that frames racism, sexism, or ableism as systemic issues that remain endemic in our society. If the New Hampshire  loses its first-in-the-nation primary status, this provision will likely be the main reason.
• An inexpensive but potentially life-changing Medicaid dental benefit was removed at the last minute. But a provision appropriating a much higher amount of money was inserted to reimburse well-connected investors who should have known better and lost money in a Ponzi scheme.
• Businesses owners fined by the Attorney General’s Office for failing to comply after multiple warnings with COVID restrictions that the vast majority of other business owners willingly complied with will have their fines reimbursed and their records wiped clean.
• People sending their kids to private and religious schools will now be eligible for up to $5,000 in “freedom vouchers.” The money to pay for it will be subtracted from state educational aid distributed to your community. This means your public schools are likely to suffer unless your community—and taxpayers like you—make up the difference by raising property taxes.
• 59 cities and towns will see a decrease in state education aid. Berlin, Derry, Manchester, and Rochester will suffer declines of more than $1 million each. But the hit to property tax-payers extends beyond these communities. Assuming that every city and town held their property tax rate steady, over 60% of cities and towns would be worse off under this budget and have to make cuts to services.

The harsh reality is that New Hampshire’s first state budget after COVID could have been a statement of values that lifted us up together. Instead, it is vapid and craven disaster that lifts up some at great expense to others, damages our state’s reputation, and hammers away at the basic freedoms of groups—women, teachers, students, doctors, public health professionals, racial and ethnic minorities, and property tax payers—that the GOP majority felt entitled to marginalize.

With his signature, the legislature’s Orwellian “symphony of reforms” is now poised to become Gov. Sununu’s “symphony of accountability.”

Budgets in New Hampshire aren’t just about spending and taxes. They are also about leadership and values.

So are future elections.