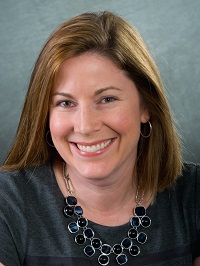 CONCORD — The Senate killed the hopes of those fighting a proposed landfill in Dalton when it voted to kill a bill that would require a two-mile buffer around state parks.

House Bill 177 would have prevented a proposed landfill by Casella Waste located adjacent to Forest Lake State Park as well as protecting other state parks around New Hampshire.

Current state law calls for an 100-foot buffer around landfills.

Bill supporters said it would protect the beauty and integrity of all state parks which draw citizens and tourists, while opponents said the state Department of Environmental Services has rules and regulations and an extensive siting procedure that protects the state’s natural resources. And they said additional landfill space will be needed in the future to take care of the state’s solid waste.

The Senate Energy and Natural Resources Committee recommended the bill be killed as did the House Environment and Agriculture Committee. The House overturned the recommendation and passed the bill on a 197-159 vote, but the same fate was not to be in the Senate.

Sen. Erin Hennessey, R-Littleton, who represents Dalton and other North Country communities, remembered spending summer vacations in state parks in Franconia Notch, and said she is now blessed to live in the North Country. On behalf of the numerous citizens and organizations opposed to the Dalton landfill, she asked her Senate colleagues to approve the bill.

The bill would protect all New Hampshire state parks with a two-mile buffer zone, she said.

“Tourism is vital to New Hampshire’s economy. People come here for the fresh air and the unique beauty,” Hennessey stated. “Siting a landfill next to a state park does not preserve that beauty.”

Hennessey also. noted all landfill leaks and contaminate ground and surface waters with toxic chemicals that cannot be cleaned up.

Sen. Tom Sherman, D-Rye, told of problems at Coakley Landfill in his district and how attempts to remediate the problems have led to PFAs going into the surface and groundwaters as far away as Portsmouth and New Castle, more than two miles from the landfill.

He said there is no predictability to groundwater flow, particularly in bedrock, noting the US Environmental Protection Agency has worked for two years to understand the water flow in bedrock around the Coakley Landfill.

“There is no way any agency can guarantee contamination will not occur, and the time frame for appropriate study may be years,” Sherman said.

But Sen. James Gray, R-Rochester, said senators should not be comparing landfills built long ago to modern facilities like the Turnkey Landfill in his community, which is state-of-the-art with double liners and leachate and gas collection systems.

He urged senators to look at the history of Turnkey and said the city has a good relationship with the company that owns the landfill.

“I’ve lived it, studied it for years in Rochester,” Gray said, “to compare it to an older facility not built to the new regulations we have now is inappropriate.”

The chair of Senate Energy, Sen. Kevin Avard, R-Nashua, said his committee heard hours of testimony on the bill from people who live in the area, and the issue is really one of local zoning.

During the public hearing on the bill earlier this month, the divide between people in the area was evident as some supported prohibiting the landfill within two miles of a state park, while others said the community would benefit and should decide what happens, not Concord politicians.

Avard said the bill would have significant repercussions for landowners and the state’s ability to add landfills, when the DES has a vigorous process to site landfills that can take years to complete.

Two of the state’s three landfills will be at capacity in three or four years, and there is going to be a need for more facilities, Avard said, as well as an in-state materials recovery facility that Casella has said it would consider building if the landfill project goes forward.

Sen. David Watters noted much more needs to be done to recycle, reuse, and recover materials from the waste stream to reduce the amount of solid waste going into landfills.

He said the uproar over the landfill in Dalton should be a red flag for how difficult it will be in the future to site new landfills.

The cost of solid waste disposal is hitting property taxpayers hard, he noted, with tipping fees tripling in some cases.

While state parks deserve special consideration, Watters suggested other natural resources and other unique features be included in that consideration.