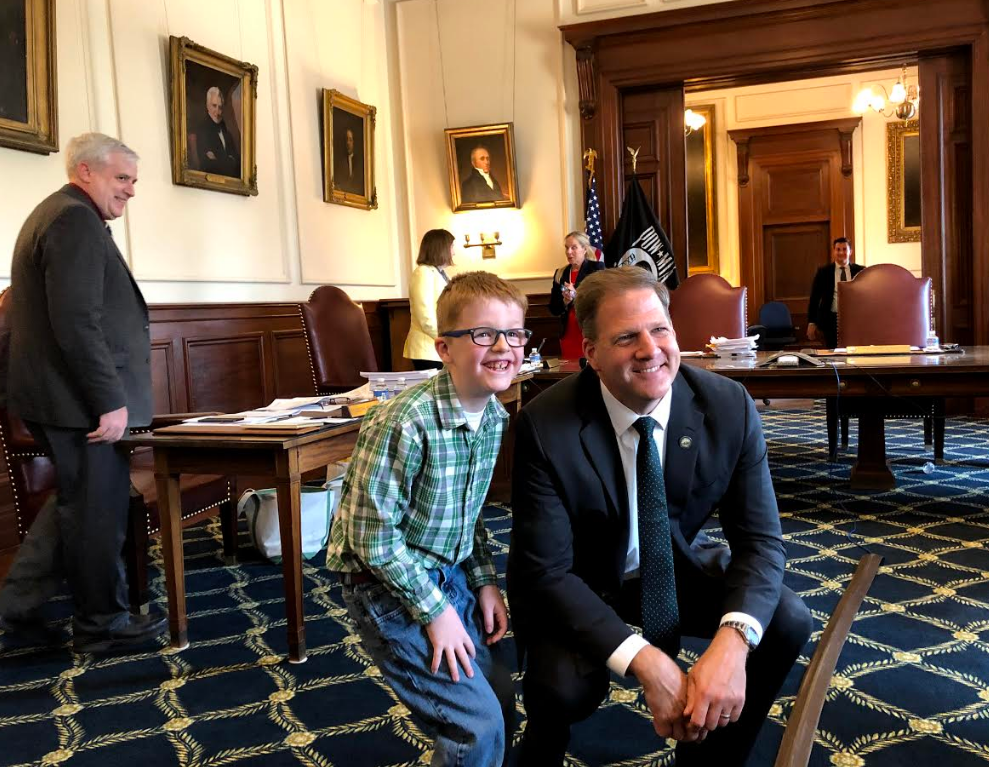 CONCORD – The state is not yet 100 percent compliant with a May 11 court order related to the state’s hospital emergency room boarding crisis, but it is moving quickly to find more mental health beds, Gov. Chris Sununu and the Executive Council were told Wednesday at their regular meeting.

As of Wednesday, there were 36 adults and 22 children waiting for mental health care in emergency rooms across the state, said Executive Councilor Cinde Warmington, D-Concord, the only Democrat on the Council.

She pressed Lori Shibinette, commissioner of the Department of Health and Human Services, on particulars of the plan the state is executing through a May 13 executive order Sununu issued in response to the court decision.  They were told that hospitals are being offered $200,000 a bed and $45,000 a bed at nursing homes to take people in from the emergency rooms as well as work to open up more beds at the New Hampshire Hospital, the state’s psychiatric hospital, where the issue seems to find its choke point.

Democratic lawmakers have criticized Sununu for failing to address the mental health crisis after the legislature in 2019 passed a compromise budget that provided him the money to invest in mental health.

The plan, Shibinette said, is to find as many as 36 new beds in the next month and 15 or more in the next few days. The problem has persisted for years.

Last week, the state Supreme Court ruled that a person certified for involuntary commitment to a designated receiving facility was denied her statutory right to due process for not having a hearing within three days as required by law.

In the case of Jane Doe versus the Department of Health and Human Services, the woman argued she was held against her will for 17 days in an emergency room awaiting psychiatric care. The agency appealed an earlier court decision in her favor.

After the order, Sununu signed an executive order last week directing there be immediate action to resolve the problem. He detailed the order during his press conference, a transcript of which is here https://www.governor.nh.gov/sites/g/files/ehbemt336/files/documents/20210513-transcript.pdf

The order essentially directs Shibinette in her department to create administrative rules and break down barriers with partners such as hospitals and care providers, and said he would go to the legislature and the joint Legislative Fiscal Committee for more money, conduct a statewide review of providers and partners and look nationally for the brightest and the best to help the state.

He called it an “urgent need.”

Supreme Court Justice Gary Hicks wrote in the 3-0 Jane Doe decision that “based upon our review of the statutory scheme and consistent with our duty to avoid interpreting the statute as unconstitutional, we conclude that the plaintiff’s statutory rights were violated.”
The National Alliance on Mental Illness–NH said in a statement that during the past eight years thousands of Granite Staters have experienced emergency department boarding.

“When justice is denied to one person it is denied to all,” said Ken Norton, its director. “Today’s decision on behalf of Jane Doe is a decision in favor of all Granite Staters. We are all Jane Doe.”

During the meeting, Shibinette also told the Council that the state’s designated receiving area at Laconia for youths who have disabilities in addition to criminal charges will be closing at the end of June, now with only one person at the facility who is leaving June 30.

The Council confirmed Tina Nadeau of Lee as chief justice of the Superior Court for reappointment with a term of five years from confirmation.

Councilor Janet Stevens, R-Rye, said she tipped her hat to Nadeau for leading the nation in returning in-person trials during the pandemic, a model used by more than 20 states, and Executive Councilor Joe Kenney of Wakefield also praised her for being always available and responsive to his questions.

Sununu also nominated a new state fire marshal. Sean Toomey of Warner has been nominated to the vacant position at a $112,255 a year for a term that expires in March 2024, if confirmed. Currently, he is the deputy state fire marshal since 2017 and was once deputy fire chief of the Concord Fire Department from February 2011 to March 2018.

Sununu also nominated Justin Cutting of Hampton as director of the Division of Fire Standards and Training at a rate of $106,705, succeeding Deborah Pendergast of Gilford.

Two women were nominated for the state Fish and Game Commission. They are Meggan Hodgson to represent Rockingham County, and Susan Price of Moultonborough to represent Carroll County.
.
Sununu also nominated Joseph Mollica of Concord for reappointment to the State Liquor Commission at an annual salary of $124,579.

Confirmed as Associate Justices to the Superior Court were Daniel Will of Loudon and Elizabeth Leonard of Concord. Executive Councilor David Wheeler, R-Milford, said he could not support Will’s nomination based on his answer to a question saying he believed the Constitution could be suspended in an emergency, calling it a “dangerous road.”

For the first time since the pandemic, the governor and council welcomed visitors to the table at the State House.

They were the winners of an essay contest about the state’s First-in-the-Nation primary status. Sununu welcomed them and congratulated them along with Secretary of State William Gardner and Education Commissioner Frank Edelblut.

Sununu said that New Hampshire earned the right to be the first to vote for a president in a primary by its participation and engagement in the process. The first-place winner was Sam Cole; second place was Gabriel Smith and third place was Katherine Root. Runners-up were Breck Conley, Chloe Peters, and Tobin Smith.

Alexander Root, Katherine’s younger brother, was particularly excited to meet the governor and the first child to pose for a picture with him individually at a Council meeting since last year. Both smiled for his mother, who noted Alexander’s excitement after receiving a birthday card from Sununu during the pandemic.

She said her son was as much or perhaps more excited about the card than a note from Santa Claus.

Sununu directed the attorney general to review state Medicaid contract charges after a recent Wall Street Journal article reported that a contractor used by New Hampshire has been charged with overcharging other states.

Charlie Arlinghaus, commissioner of the state Department of Administrative Services, and Henry Lipman from the Department of Health and Human Services, said it is not likely that the situation with the vendors is the same here, with Arlinghaus noting the state does annual audits to ensure that the state is “not getting ripped off.”