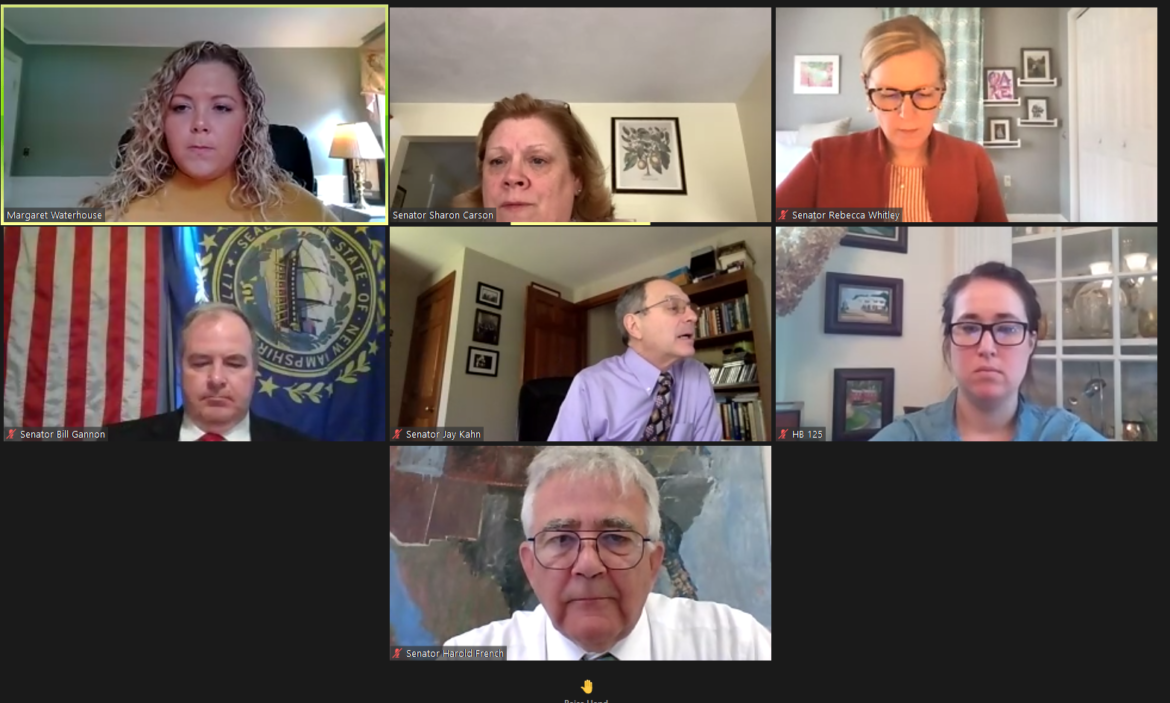 CONCORD – The press and the police were on the same side Tuesday of proposed legislation that with some exceptions would prohibit police from releasing post-arrest mug shots to the public.

State Rep. Don Bouchard, D-Manchester, testified before the Senate Judiciary Committee that one of the sacred rights in America is that people are considered innocent until proven guilty.

That is why he supports House Bill 125. Bouchard said some police departments are using Facebook to inform the community of who they are arresting and posting mug shots of the people before they are convicted of a crime.

Rep. Nicole Klein-Knight, D-Manchester, the bill’s sponsor, was not available to introduce the bill.

Rep. Daryl Abbas, R-Salem, also spoke in support of the bill and told the story of a childhood friend falsely accused of sexual assault who was eventually exonerated.

But Abbas noted that the online front-page story in the newspaper comes up in all computer searches of his friend’s name, which has led his friend to develop a substance abuse problem.

“I don’t know what the public interest was,” Abbas said. “I appreciate the right to know,” he said, but not at the expense of one’s life and reputation.

McQuaid called the bill a threat to the public’s right to know and to their safety,  as well as a threat to police accountability. He strongly urged the Senate Judiciary Committee to ditch the bill altogether.

McQuaid noted that it was a bit ironic that the press was in agreement with police on the bill.

McQuaid and Manchester Police Chief Allen Aldenberg said the state should not restrict the dissemination of photos, saying they have multiple benefits. Other supporters in the media argued that the images can be and are removed from the internet for good cause.

McQuaid showed the committee a mug shot that was published in the New Hampshire Union Leader of an individual who was bleeding and beaten, who ended up winning a $200,000 settlement for excessive use of force against the Manchester police.

Had the bill been law at the time, McQuaid said the beating victim would not likely have recovered his losses, and there would have been no public outcry that led to an investigation and accounting for the actions of the Manchester police officers who were involved.

But Gilles Bissonnette of the ACLU-NH, said he found himself in the rare position to be on the opposite side of the press in support of the bill.

“Mug shots capture people at their worst moments,” Bissonnette said. “Too often is there the assumption of guilt.”

The public could still have access to those photos upon conviction, Bissonnette said, calling this bill narrow and not as limiting as similar New York state rules.

Trisha Newalu, who works to help human trafficking victims, said having mug shots distributed before a conviction can have “life-altering ramifications.” She called it “an insult to due process” and supported the bill.

Sen. Jay Kahn, D-Keene, asked if there was a way to balance the public’s right to know and privacy through the bill.

“Are there instances where you see (the bill) inhibiting law enforcement,” he asked Chief Aldenberg.

Aldenberg said having a photo available to the public can allow other victims to come forward when they see a photo they recognize.

“There are investigative advantages,” he said, and police do not take lightly releasing photos to the public.

“We do our due diligence,” Aldenberg said. “We don’t arbitrarily release photos. We give it a lot of thought and we are sensitive.”

The bill also calls for the police to keep a record of such release of documents and Aldenberg said it would be an added burden but something that police would do if the bill passes.

Tony Schinella, a local field editor for PATCH.com in New Hampshire, said his publication has a process to expunge photos and information of people who have been wrongly accused, convicted and served their time, or their case has been dropped. That includes contacting Google to have it removed from their search engines. It is called an arrest removal request, he said.

Schinella said historically, police have released such information to allow the public to know what the people they arrest look like. The bill “handcuffs our ability to our job,” Schinella said.

He said the bill stresses the liberty of the press and hampers its ability to do its job and he noted he has been told by police over the years that the information he publishes has helped them make arrests.

“Trust us to know what is in the public interest,” Schinella said. “This is not the direction we should be going in.”

Scott Spradling, representing New Hampshire Broadcasters Association, said it is common practice for the removal of information from the internet for those who are falsely accused or found innocent.

He said he would be willing to work with legislators on finding better legislation to address the issue.