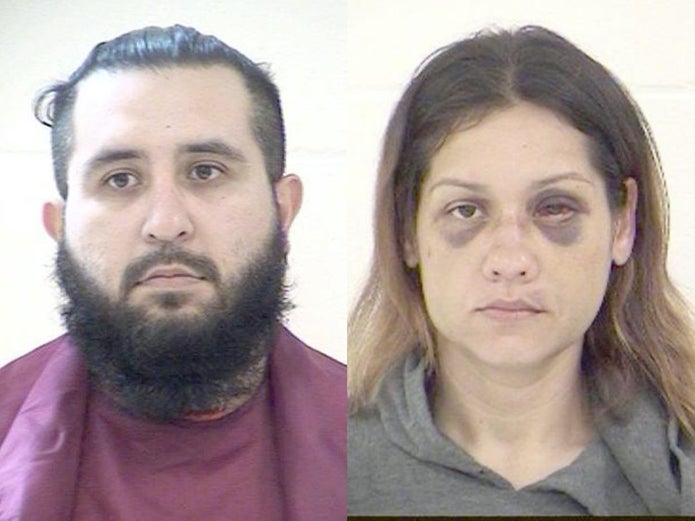 Armando and Britany Barron, the Jaffrey husband and wife arrested in connection with the killing of Jonathan Amerault, 25, of Keene, have been indicted for their alleged roles in the torture, murder, and decapitation of the man who was romantically linked to Britany Barron.

In addition, two complaints were filed by the Office of the Attorney General charging Armando Barron for the misdemeanor offenses of domestic violence for knowingly causing unprivileged physical contact against a family member, by striking her in the head while inside their residence, and later while inside a motor vehicle.

Britany Barron was indicted on three felony counts of falsifying physical evidence, and a misdemeanor count of abusing a corpse.

The charges allege she knowingly separated Jonathan Amerault’s head from his body; knowingly wrapped his body in a tarp and dragged it into a remote area, and knowingly cleaned part of his Subaru Impreza.

In addition, two complaints were filed by the Office of the Attorney General charging Britany Barron for the misdemeanor offenses of abuse of a corpse for knowingly removing, concealing or destroying a corpse, for removing Jonathan Amerault’s head from his body and for concealing his body by wrapping it in a tarp and dragging it into a remote area.

On Sept. 19, 2020, Armando Barron reportedly found text messages between Britany Barron and Amerault before he beat her, choked her and put a loaded gun in her mouth, according to court records.

Armando Barron then used her cell phone to lure Amerault to a state park in Rindge where the murder took place, then allegedly beat and tortured Amerault, and tried and failed to get his wife to kill him, according to court records.

During the incident at the state park, Armando Barron shot Amerault three times, police said. The Barrons then went to their Jaffrey home and packed camping supplies before they drove up to a remote camping site in Atkinson and Gilmanton Academy Grant in Coos County.

Both Barrons are being held without bail, and arraignments in the cases have yet to be scheduled. The state is expected to present a plea offer for Britany Barron in the coming months.