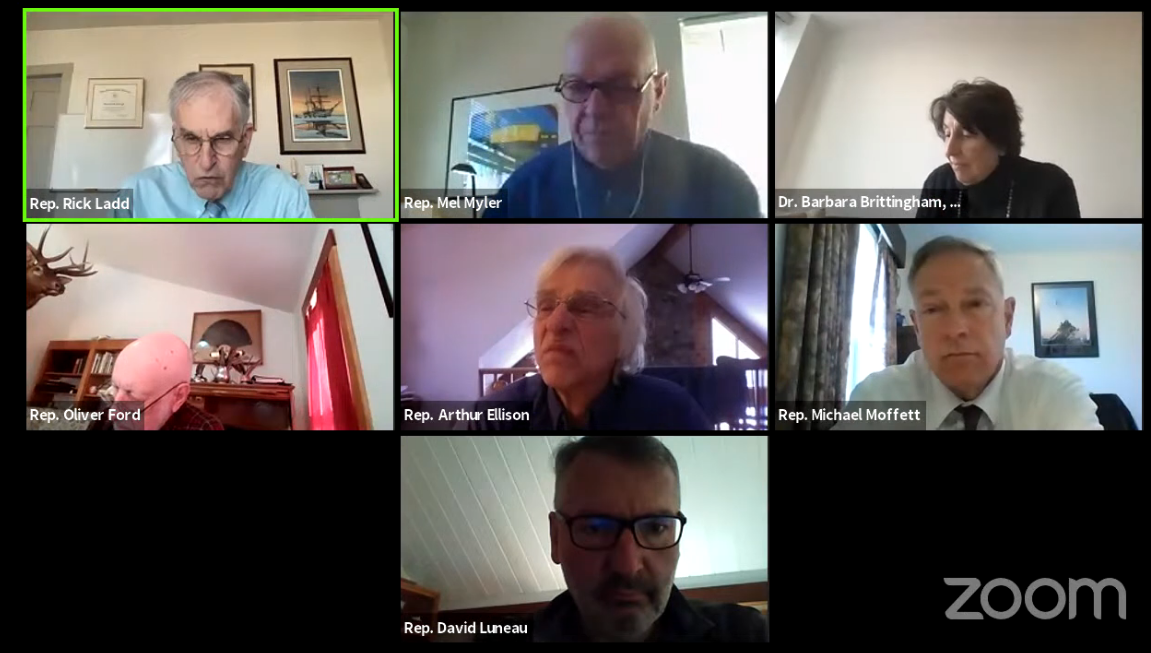 The subcommittee studying the merger of the college and university systems met again Friday via Zoom.

CONCORD — Many questions and concerns need to be addressed before finalizing a merger between the state’s two higher education systems, according to a legislative subcommittee.

Subcommittee member Rep. Mel Myler, D-Hopkinton, said he sees the need to do evaluating, assessing, and planning before locking the state into a merger of the two systems

“It’s ready, fire, aim rather than ready, aim, fire,” Myler said. “The aiming process needs to take some time even in this panic state we are in right now to get it right.”

Brittingham said it is important to involve many people with different expertise in the merger process because the merger will impact the state’s civic and cultural life as well is its economy,

“If you slow it down a little bit,” she said, “you will increase the probability of getting it right.”

The subcommittee later backed a proposal for a new coordinating committee of officials from the two systems and other officials and experts to investigate the proposed merger, explore options, and make recommendations.

House Education Committee Chair Rick Ladd, R-Haverhill, said there is concern “how the mission of the community college system will be impacted by this and a desire to move slowly with more understanding.”

The subcommittee spent much of the day reviewing concerns it has heard and raised about the merger and the impact on students and the state if the process moves forward.

Myler said the finance committee needs to recognize the importance of providing funding to the coordinating group.

“Dr. Brittingham emphasized there is the need to know what we have now and the need to bring people in who can say what could be,” Myler said, “We should not get hung up on reshuffling the chairs on a sinking ship. This is going to take some funding.”

The subcommittee recommended budget writers provide transmission money for the merger work, noting Vermont has approved $8 million for implementing its merger of part of its higher education system.

“You need to spend a buck to make a buck,” Ladd said, noting surrounding states are doing similar mergers and they could provide some insight for New Hampshire.

“We need a flight path toward the goal,” he said, as well as “benchmarks along the way reporting back to the Legislature.”

Under Sununu’s plan, a 15-member board with five representatives from the university system, five from the community college system, and five he would appoint would govern the two systems as they develop a plan for the merger.

The board would also contain eight ex-officio members including the governor, senate president and house speaker or their designees, as well as the commissioners of the departments of education, agriculture, business and economic affairs, and employment security, as well as the system chancellor. The eight would also be voting members.

The board would begin governing the two systems July 1 and the members would need Governor and Executive Council approval. The board would search for a chancellor, who would function much like a CEO, and issue a report by the end of the year with a merger plan to have a unified system by July 1, 2023.

One of Brittingham’s concerns about the merger plan was the large number of ex-officio trustee members, and that they would be voting members.

She told the subcommittee members the board of trustees needs to be autonomous with its fiduciary duty to the system.

Brittingham also suggested that after the initial board serves, new members not come from one system or the other but be able to decide what is best for the new system.

She suggested using a citizens nominating committee or have the trustees be able to nominate potential members for a specific expertise.

“You want to keep it from being political,” Brittingham said. “The governor and you are the political organization, they have to be fiduciaries.”

The subcommittee generated a list of findings and questions the members believe need to be addressed before the state commits to a specific plan.

They included what the overall mission of a combined system would be and if the individual systems’ missions would be maintained as well as the regional nature of the community college system.

They also were concerned if a combined system would have the agility to meet the changing needs of the state’s students and businesses.

If the issue is saving money, the subcommittee noted, how would that affect tuition at the two systems and would the community colleges continue to be affordable to non-traditional students.

A major issue is the high cost of tuition, the second highest in the country for public institutions and how that prevents New Hampshire graduates from attending college in the state.

The subcommittee heard both the Universities of Maine and Massachusetts offer in-state tuition to New Hampshire students. New Hampshire is the biggest exporter of students to other states according to Joseph Marone, University System of New Hampshire Board of Trustees chair.

The lawmakers also questioned what the new governance structure would be and if all the system’s 11 campuses would be maintained.

The transfer of credits was also a concern as were the resolution of the multiple collective bargaining agreements and compensation levels among the two systems.

The lawmakers also wanted the existing Higher Education Study Commission to have some role in the merger as it goes forward.

“I do not want politics to steer the ship,” Ladd said, “but we need to be involved.”

Both the university and community college systems have seen declining enrollment as the number of high school graduates have declined in recent years.

Since that time, opposition has come from many fronts including former trustees who say it needs careful examination before moving forward.

Sununu answered his critics Thursday at his weekly press conference about the pandemic.

“I guess I expected that reaction from folks that aren’t really on the front lines,” Sununu said, adding he believes merging will create a “better product at the end of the day. I’m very confident that it will get done.”

The House Finance Committee’s Division II is expected to make a recommendation on the merger plan next week and the full committee is expected to take a final vote by the end of the month.

The Senate will be able to craft its own plan once the House approves its budget next month.