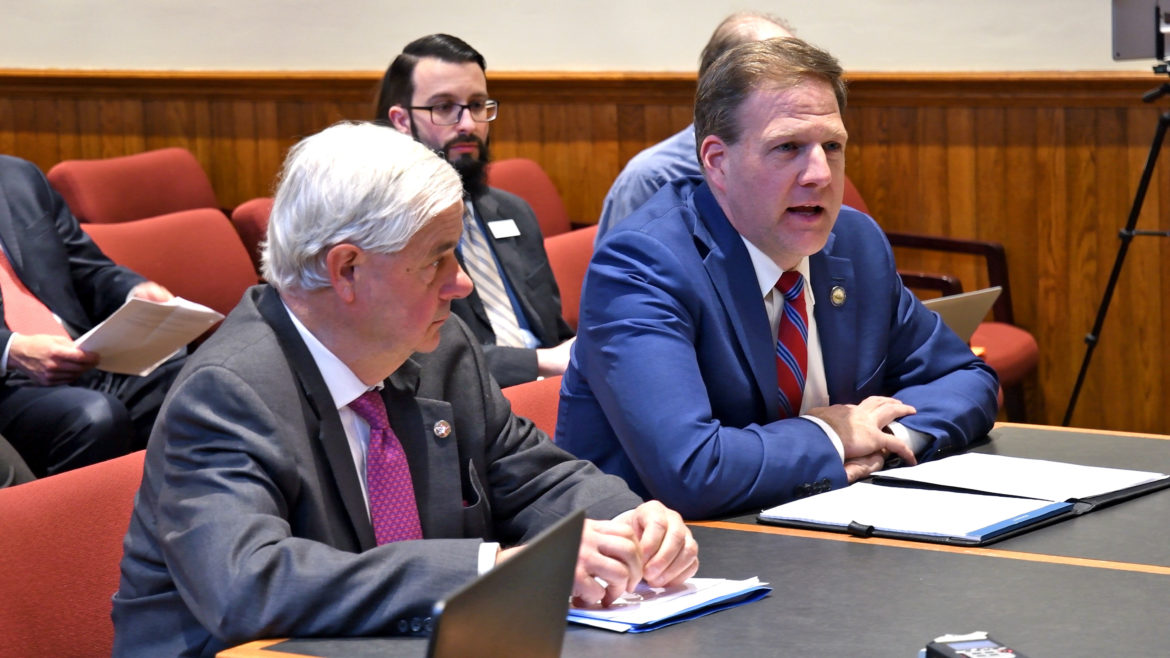 CONCORD — The Senate’s school voucher bill drew a crowd debating the merits and liabilities of the program that would allow parents to receive state money to find the best educational fit for their child.

But opponents called Senate Bill 130 the latest attempt to privatize education and alleged it would set up a parallel education system with one tier for the well-to-do and the other for those who cannot afford an alternative for their children.

They said the proposal would be the most expansive educational choice program in the country and the most lax, with little accountability or transparency.

Supporters said the pandemic has heightened awareness that every child learns differently and needs options and choices to reach their full potential.

They said the program would not only help students, it would save state taxpayers hundreds of millions of dollars, although opponents claimed it would cost the state that much money.

The House had a nearly identical bill, but the House Education Committee decided to hold the bill for a year to try to improve some of the flaws.

The ranking Democrat on the House Education Committee, Rep. Mel Myler, D-Hopkinton, urged his Senate counterparts to either do that or recommend killing the bill.

“I would propose a joint committee of House and Senate Education to look at this in a serious and lengthy fashion,” Myler said. “This is a very impactful piece of education for public school students.”

Voucher programs have been controversial and the current proposal is no different.

Several supporters criticized opponents with Department of Education Commissioner Frank Edelblut telling the committee they will hear the same arguments that were made against charter schools and the current tax credit scholarship program but neither one devastated public education or took millions of dollars from traditional public schools.

“This refrain is tired and this refrain is demonstratively not true,” Edelblut said, “and it does a disservice to public schools and to students and parents and taxpayers.”

He did not say that nearly 7,000 people signed in opposition to the House bill.

“On one side you have lobbyists and advocates and on the other side are parents,” Cordelli said. “It is the school units versus the kids.”

“This school system versus student argument implies that advocates for public education are anti-student, that is a real disservice to educators,” Ladd said. “I really take umbrage at that particular characterization.”

He asked why the rush to push forward with vouchers and other changes to public school policies.

“If you are truly, truly interested in vouchers and education savings accounts,” Ladd said, “you should have a study commission and put it all out to the public.”

The program is open to the parents of a student in public —traditional or charter — private or religious school, home schooling, or other alternative educational programs.

The bill’s prime sponsor, Senate Majority Leader Jeb Bradley, R-Wolfeboro, said he is open to amendments proposed in the House that would limit the program to families at 375 percent of the federal poverty level or about $99,000 for a family of four and a three-year phase-down for school districts.

“If the pandemic has taught us anything, it’s that not all children learn the same so there is a real need for more flexibility when it comes to schooling — it’s simply not one size fits all,” Bradley said. “Education freedom accounts put the power to choose the best educational path for children in their parents’ hands.”

Committee member Sen. Jay Kahn, D-Keene, noted about 20 communities receive no adequacy aid from the state because they receive enough or more than enough money from the statewide education property tax to equal the basic per pupil grant of $3,700, including Wolfeboro.

He said if students leave the Wolfeboro school system or any of the others in the 20 communities, the state will have to provide additional money to cover those costs and that will turn the other 200 communities into donor towns.

Bradley said the bill is intended to provide the best opportunities for students and there should be cost savings for taxpayers.

He called the statewide property tax the most divisive tax in the state.

Kahn and others were concerned the bill allows all private school and home school students who are eligible to attend public schools, about 21,000, to apply for a freedom account.

Kahn noted that is close to $100 million in state money that is not going to school districts as state aid now.

“There is no funding, no replacement,” he noted. “That is a finance exposure that I don’t get.”

But Edelblut said not all the students in private schools or home school programs will apply for the grant.

He said the department looked at what actually happened in other states with similar programs.

“We know what the take-up rates are,” he said. “If you assume all the students will take an EFA, you deny reality. We know that is not the case.”

The Department of Education estimates that between 0.01 to 2.43 percent of eligible students would participate in EFAs over the first 10 years of the program.

Another concern raised about the program was the possibility of dual enrollment.

Jane Bergeron-Beaulieu executive director of the NH Association of Special Education Administrators, said state law allows students in private or home schools to use public school services for less than 50 percent of the school day.

“That would set up a situation for dual enrollment,” she said. “A student could get tutoring for half of the day and come back to the public school to finish to get special ed services, but the money and resources have left.”

A number of parents of children with special needs or disabilities shared stories of how the public school system failed their children and how an account like those being proposed would have helped their students.

Amy Shaw of Dover said her family is the one everyone is talking about.

“It’s very important for a family like ours to choose where we can go,” she said, noting the public school district put her child at a disadvantage, but now in a private school her daughter’s needs are being met.

She said her family income is $28,000 but they make it work by accessing all the resources they can to send their kids to private schools.

Lisa Freeman, a former Manchester school board member, said she received many calls from parents asking for her help because their students were bullied, but the district’s hands were tied.

She is also the parent of a child with autism and was forced to leave her full-time job to advocate for her child, saying it was not a matter of the staff doing its job but a failure of the system.

“If EFAs had existed, I would have been glad to homeschool my child,” Freeman said. “We can no longer kick the can down the road.”

While Edelblut told the committee the freedom accounts would reduce the inequities in the system with students from low-income families and those from more wealthy families by providing more opportunities, others said the real problem is the state’s support for public education.

“The growing inequity in public schools is caused by the failure to solve the school funding system in New Hampshire,” said Louise Spencer of Concord.  “I don’t see how taking money out of the system solves the problem.”

A former school voucher advocate who worked for the Arizona equivalent of Americans for Prosperity NH, a Koch Networked funded organization, warned the Senate committee if they pass this bill, school choice advocates will be back for more.

“This is not about school choice and education,” said Charles Siler. “This is really about the role of government in people’s lives and it will cripple education.”

The Senate Education Committee did not make an immediate recommendation on Senate Bill 130.