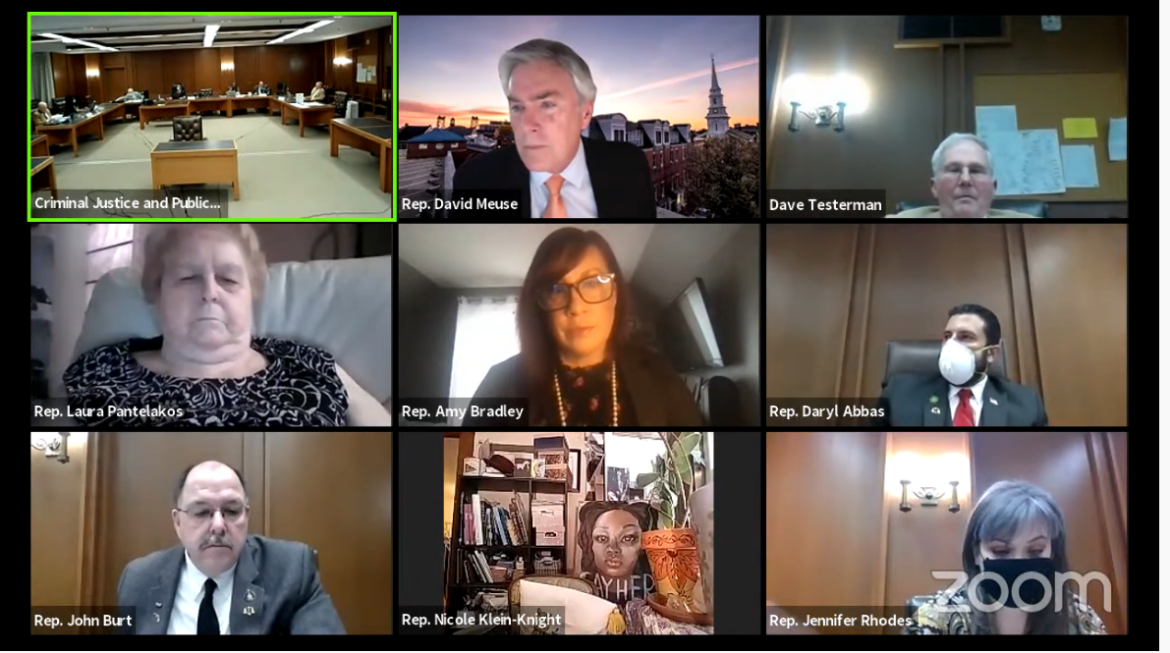 CONCORD — Three bills expanding the use of deadly force in the state turned out opponents in hearings lasting all day before the House Criminal Justice and Public Safety Committee Friday.

People of color testifying said they would be the victims of the bills and argued the bills were not about self-defense but racism, while others said the changes would encourage “bad characters” to be more reckless with their guns.

Kendra Ford, an Exeter minister said people do not make the best choices in a fearful situation.

“This would allow people to shoot others because they feel threatened when there is not actually a threat,” Ford told the committee. “We’ve seen over and over and over in our country black people shot because white people are not comfortable in their presence.”

But supporters said the bill addresses loopholes in current laws which one attorney said is not a true stand-your-ground statute.

Others said the bills expand the fundamental, inalienable right of self-defense to preserve your life and the lives of your loved ones.

“Humans have an inalienable right to self-defense,” said Alan Rice of Bedford, the NH director of Gun Owners of America. “This bill values human life. Those who own and use firearms value human life.”

The other would remove several words in the current law. The change would authorize the use of deadly force when there are safe alternatives to walk away or de-escalate, or when the shooter started the confrontation.

Current law requires a person to first escape or walk away from the confrontation, if possible. That would no longer be the case under House Bill 145.

The third bill expands the use of deadly force inside a home to protect anyone in the dwelling, not just family members and those who live in the House. The committee voted along party lines 11-10 to recommend House Bill 81 pass the entire House.

During the hours of testimony, opponents of expanding deadly force said it gives bad characters who just want to shoot people even more excuses, while a couple of supporters said the bills did not go far enough.

The behavior of committee members during the hearings was noted by several people testifying saying some members were not listening, instead talking to their neighbors, or in one case laughing when a speaker talked about systemic racism in New Hampshire. Others suggested members of the committee were showing bias in favor of the bills.

Several noted the hearings were being held on Trayvon Martin’s 26th birthday. Martin was a 17-year-old African American who was visiting a relative in a mostly white, gated community in Sanford, Florida, when he was confronted and killed by George Zimmerman, the neighborhood watch coordinator, who claimed self-defense.

Zimmerman was charged with murder, but acquitted during trial.

Erika Perez , an organizer of Black Lives Matter said the committee has spent all day saying these things don’t happen in New Hampshire, but turns around and talks about home invasions when New Hampshire is the third safest state in the country.

“I believe you should be able to defend yourself on your property and I believe in gun rights, because people of color should have this right too,” Perez said. “New Hampshire is not the wild west. You don’t get to kill someone because you’re scared.”

“Do we really want to invite this excuse?” he asked. “This is only an excuse for bad actors to use deadly force.”

Other opponents questioned the intent of House Bill 197, which would allow deadly force to be used in a vehicle or if there is a riot threatening a person, home or vehicle.

Committee member Rep. David Meuse, D-Portsmouth, referred to the 2017 incident in Charlottesville, Virginia, when a person drove his vehicle into protestors opposing the Unite the Right rally of white nationalists and other alt right organizations, killing a woman.

“A person could get in a car and drive slowly toward protesters and can start shooting if they bang on his window,” Meuse said. “It would be easy to take the wording and turn it around and convey a right to people they simply shouldn’t have.”

But attorney Penny Dean said the bill did not go far enough although she supported it. She said the statutory language on riot allows lawyers too much wiggle room.

“New Hampshire does not have a stand -your-ground law, we have an affirmative defense law,” she said, noting people are supposed to make good decisions in life-threatening situations.

She cited a court ruling saying “detached reflection not required in an upraised knife. You do not have time to debate if you are afraid for your life and have to defend yourself.”

The bills were generally supported by groups advocating 2nd amendment rights including local and national groups, including the National Rifle Association.

But others questioned the need for changes in New Hampshire law when crime rates are among the lowest in the country.

“If the state of New Hampshire is going to allow ordinary civilians to protect themselves with weapons, it is incumbent on the state to prove this is absolutely necessary,” she said. “So far I have not found that to be true.”

Under current law, she said there is no guarantee a person with a firearm knows how to use it, is mentally sound or has the capacity to avoid discharging it.

Opponents of the bills greatly out-numbered supporters, according to committee signup sheets.

The committee is expected to meet next week to decide what recommendations to make on the two bills to broaden the reach of the state’s stand-your-ground law passed in 2011.