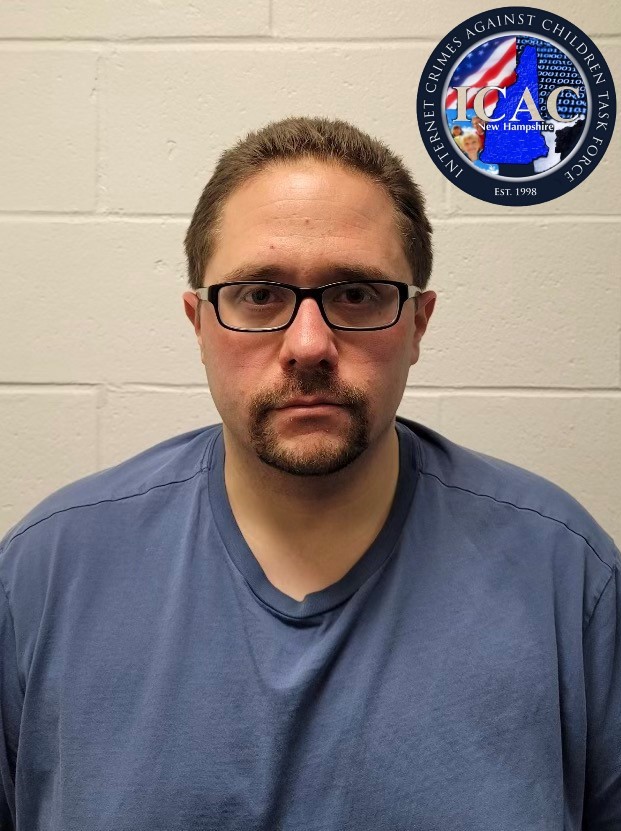 This investigation initiated with a CyberTip from the National Center for Missing and Exploited Children (NCMEC), which indicated the illegal use of computers and alleged possession and/or distribution of sexual abuse images of prepubescent children from within this residence.

As a result of this search:

was arrested and is currently charged with five (5) counts of Possession of Child Sexual Abuse Images (Class A Felony) pursuant to NH RSA 649-A:3 and/or 18 U.S.C. § 2252(a)(4)(B).  Additional charges are anticipated pending a forensic analysis of the digital evidence seized during this investigation.

Investigators have developed information to believe that Mr. VERA used various social media platforms to communicate with and potentially make in-person contact with children.  Mr. VERA is known to have traveled to the states of Mississippi and Florida frequently.

The investigation into Mr. VERA’s contact with children is ongoing and investigators are receiving assistance from local police departments as well as other State and Federal agencies. We are asking parents whose children may have been in the care of Mr. VERA, or who have been otherwise exposed to Mr. VERA to speak with their children about any experiences that they may have had with him. We are also asking parents to report any odd or suspicious behaviors that they may have observed regarding Mr. VERA.

If parents have concerns that their child may have been victimized or if they believe that they may have some useful information regarding this investigation, they are asked to please contact Detective Sergeant Michael McLaughlin at (603) 419-0130 / Michael.McLaughlin@dos.nh.gov or Detective William Neilsen at (603) 931-0854 / William.Neilsen@dos.nh.gov.

Mr. VERA appeared before the Sullivan County Superior Court on Friday January 29th for a video arraignment and is currently being held on preventative detention.  Mr. VERA will be scheduled for an evidentiary hearing at some point in the near future.

“The mission of the NH ICAC Task Force is to protect the State of New Hampshire’s children through the continued enforcement of laws designed to prevent the manufacturing and distribution of child sexual abuse images.”