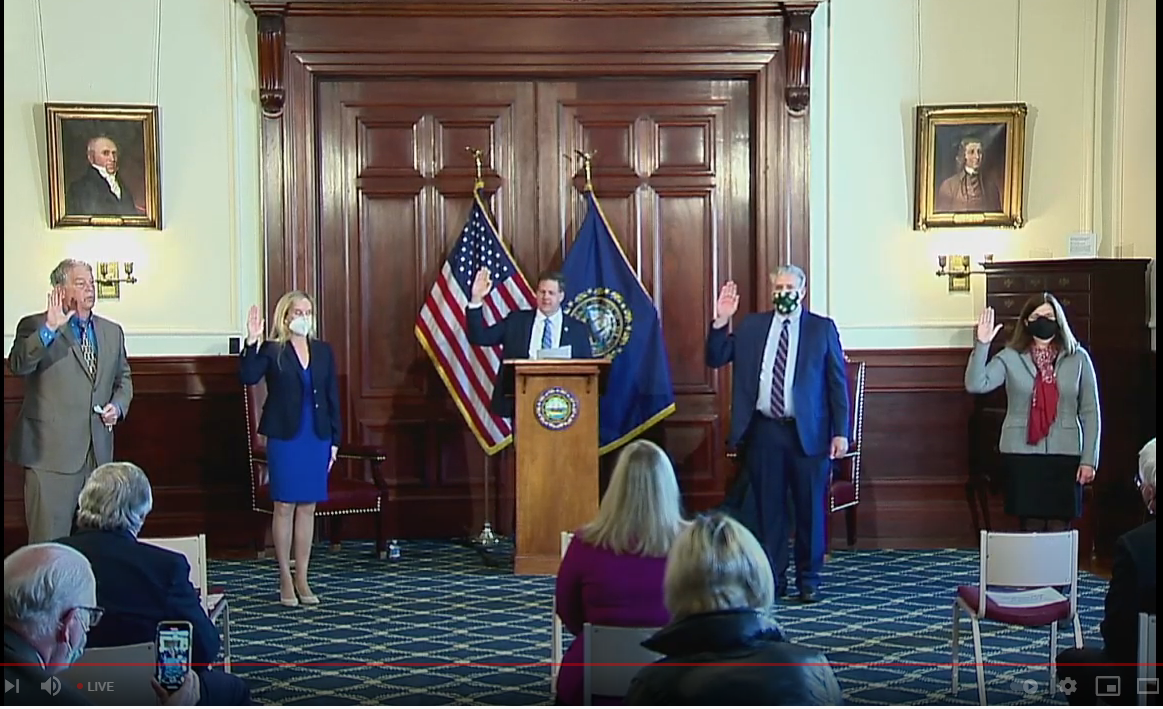 CONCORD – The Governor and Executive Council met for the first time in 2021 on Thursday, approving acceptance of the first $10 million of a controversial $46 million federal grant for more charter school startups in New Hampshire.

The Joint Legislative Fiscal Committee had blocked the federal grant when it was controlled by Democrats, but that changed at its last meeting now that Republicans represent a majority on the committee.

The Executive Council voted 4 to 1 for the state Department of Education to accept the grant with the lone Democrat on the Council, newly elected Cinde Warmington, voting no.

“I have serious concerns that this is not the right time…,” Warmington said, to further burden taxpayers for lost funding to local schools. Education Commissioner Frank Edelblut said taxpayers won’t be burdened, but in fact will benefit from the grant.

The new Council and Gov. Chris Sununu met a little over an hour after being sworn in. InDepthNH.org couldn’t independently find the date and agenda for the meeting online, but Sununu’s spokesman Ben Vihstadt said it was on the Secretary of State’s website and insisted it was a legally noticed meeting even though the notice wasn’t online where it is usually found.

Two incumbent Democrats, Debora Pignatelli of Nashua and Mike Cryans of Hanover, were beaten by Republicans David Wheeler of Milford and Joe Kenney of Wakefield respectively, both of whom previously served on the Council. Democrat Andru Volinsky didn’t run because he ran unsuccessfully for governor in the primary. Warmington won that seat.

District 3 was won by Janet Stevens, a Rye Republican, who beat Mindi Messmer for the seat held by Republican Russell Prescott of Kingston who didn’t run saying he wanted to spend more time with his family and business. District 4 stays with Ted Gatsas of Manchester, the Republican who beat Democrat Mark MacKenzie. Gatsas attended the meeting by phone.

Dates were set to fill the House seat left vacant by the COVID-19 death of House Speaker Dick Hinch, R-Merrimack, Dec. 9, 2020. Filing for the seat will occur from Jan. 11 to Jan. 15. The primary will be Feb. 23 and a special election April 13. If there is no need for a primary, the special election will be held Feb. 23, Sununu said.

Sununu also placed into nomination for a second time without further comment Attorney General Gordon MacDonald to become Chief Justice of the New Hampshire Supreme Court. When Democrats controlled the Council, MacDonald was not confirmed to be chief justice.