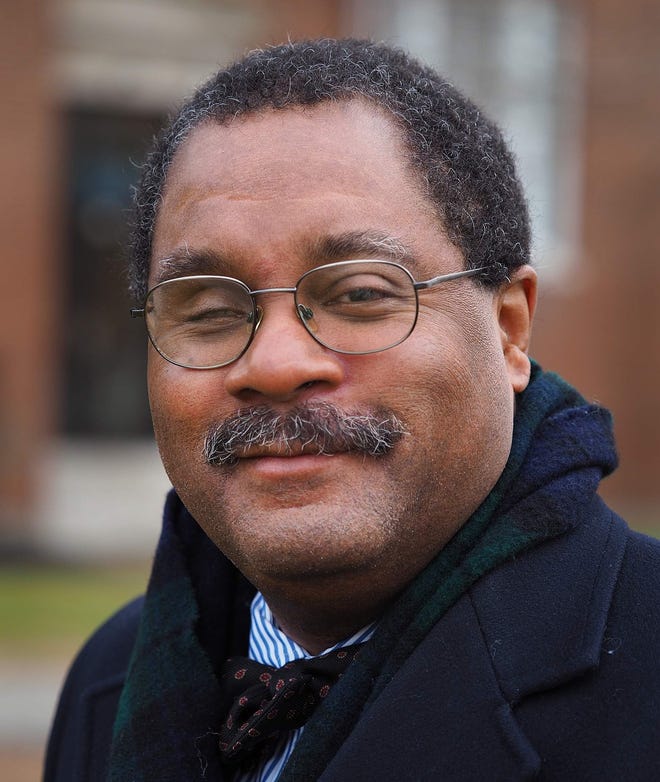 Rogers Johnson, President of the Seacoast NAACP, died at age 62.

STRATHAM – Rogers Johnson died Thursday at the age of 62.

Johnson had a long history of public service in New Hampshire. He was most recently the chair of the Governor’s Advisory Council on Diversity and Inclusion, a member of Sununu’s COVID-19 Equity Response Team, as well as the Commission on Law Enforcement Accountability, Community, and Transparency.

“It is with great sadness that we pass along the untimely passing of Rogers Johnson,” Gov. Chris Sununu said.

“Rogers was a great friend. He was always laser-focused on making New Hampshire a more diverse and equitable state, and thanks to his tireless leadership and advocacy over these last few years, New Hampshire has made tremendous strides,” Sununu said.

He called Rogers first and foremost an incredible husband, father and friend. “I extend my deepest sympathies to Rogers’ wife Poppy, his sons Jay and Jeremy, and all those who knew and loved him,” Sununu said.

An obituary will soon be available on the website of Brewitt Funeral Home.

We are reprinting Rogers Johnson’s biography as it appears on the Seacoast NAACP website:

He was a Freedom Fighter Recipient in 2014:

Rogers Jason Johnson came from humble beginnings. He started life as the baby of the family, with five brothers and two sisters. He was the only child born north of the Mason Dixon line – a true Northerner and a true New Englander.

His family settled in Rye, New York, but not in a big, million dollar home. He settled on the other side of town near a park where the boys could play sports 24 by 7 along with his Johnson relatives, the Kennedy cousins, the Nixon cousins and other family members. The boys were strong, respectful and fun-loving. They were called “The Presidential Backfield” whenever they played ball or sports in the area. Let’s just say, whatever sport they were playing, they stuck together and they never lost.,

Rogers was a natural athlete at every sport – football, baseball, hockey, rugby, tennis, swimming and golf – just don’t ever throw him a basketball.

He was also a natural born negotiator, and that is where his real story begins. To list his life accomplishments would take more time than anyone reasonably has, so an executive summary follows. Rogers worked in 1987 at Alexander and Alexander Benefit Services in Greenwich, Connecticut as the Vice President selling large and small group insurance.

From there he came to New Hampshire, where he had attended Phillips Exeter Academy as a youth. He managed the Alexander Consulting Group in Newburyport, Massachusetts until 1996. He then worked in an executive capacity at Aon Consulting until 1999, followed by Acordia/Wells Fargo until 2003. In 1999 he achieved a Masters of Health Administration from UNH in Durham, New Hampshire.

In 2001 Rogers experienced a feeling of dissatisfaction with his local and state government, so he ran for the office of state representative in the New Hampshire General Court, won, and served his district in Stratham from 2001 to 2006. During that time he was selected as the House Majority Whip, the first African American to hold this position in the state’s history.

Rogers also participated in Leadership New Hampshire in 2002 and was an active member of the American College of Healthcare Executives. After serving as a New Hampshire state representative, as in baseball, Rogers was just getting warmed up.

He was asked by then President George W. Bush to go to Washington, D.C. to serve in the U.S. Department of Education as the Director of Intergovernmental Affairs under then Secretary Margaret Spellings. He held this position for three years until 2009.

After that, Rogers came back to New Hampshire to spend time with his family and to work on various political campaigns as everything from general organizer to policy advisor to speech ghostwriter. He also continued to sell insurance as an independent sales agent. He still felt he had more to do in the great state of New Hampshire, and routinely volunteers his time on various boards as director, leader or advisor in public and private sector industries.

Rogers has worked tirelessly to help others. He has helped to pass necessary legislation in New Hampshire to keep vulnerable populations in the state in a position of power to resolve their own issues. He has worked with state and local law enforcement authorities to right the wrongs done to minority-based populations in New Hampshire and nationwide by unjust educational and government-based administrations.

He has boldly stood up and fought on issues from domestic violence to zoning for men, women, students and children of all ethnicities who did not have a voice of their own. He has never backed down on an issue when it was right to push for a real result.

When asked recently by a prominent New Hampshire business community member if he would consider running for governor, Rogers’ response was simply, “Who me?”

But whenever he is asked by anyone to take on a leadership position where he is sure to make a difference, either as an advocate for change or in the lives of others, Rogers’ response is always “I’ll do it.”

Rogers Johnson has tried his best to succeed at everything he has ever been asked to do – by anyone at any time. He has learned life lessons the hard way, and the “my way,” and played and coached at sports the way he lives life – to never, ever, ever give up.