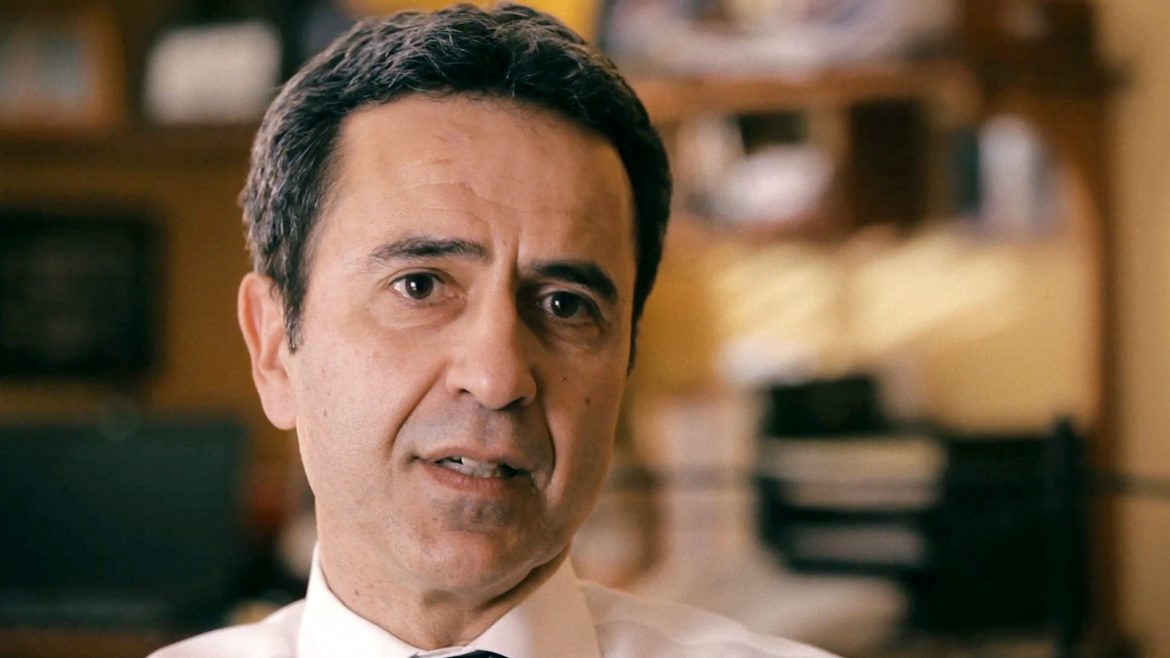 from the documentary -CAPTIVATED The Trials of Pamela Smart.

CONCORD – A murder conviction obtained by Concord Attorney Paul Maggiotto in Brooklyn, N.Y., before he moved to New Hampshire in 1990 was tossed Friday because the prosecutor didn’t turn over key evidence that could have helped the defendant, according to the Brooklyn District Attorney’s Office.

Defendant Gerard Domond spent 29 years in prison before being paroled in 2016 for what was described as a murder that started as a fight over drug money late at night outside a Brooklyn bar in March of 1987. A judge vacated his conviction Friday.

Brooklyn District Attorney Eric Gonzalez said the prosecutor withheld evidence that the sole eyewitness suffered from “a very serious mental health condition” and instead told jurors the witness, identified only as FP, was hospitalized with AIDS.

Reached by phone Saturday, Maggiotto, who is known in New Hampshire for prosecuting Pamela Smart three decades ago, disagreed with Gonzalez’s conclusions. He said he doesn’t recall the witness having mental health issues and he didn’t withhold evidence.

“I have no recollection of knowing about psychiatric information which I intentionally withheld. You can quote me on that,” Maggiotto said.

Gonzalez said in a news release that the new investigation unearthed documents that showed the witness, who testified against Domond pursuant to a cooperation agreement, was held in a psychiatric ward before the trial.

Because this information was never disclosed to the defense, Domond was prejudiced unfairly, Gonzalez said. Had the defense known, they could have used the information to challenge the witness’ reliability and credibility.

“Vacating Mr. Domond’s conviction highlights the fact that even in cases that are very old and difficult to investigate, our Conviction Review Unit will do all it can to correct miscarriages of justice,” Gonzalez said.

“This investigation revealed that crucial information about the mental state of the only eyewitness was kept from the jury and from the accused, depriving him of a fair trial. I will not stand by a conviction that was obtained unfairly.”

Domond insisted he was at a religious retreat in Georgia the night of the murder.

On Saturday, Maggiotto said the Brooklyn investigators contacted him and he told them what he recalled of the case.

“He had AIDS. He was hospitalized when he testified, and he came and testified being treated for AIDS,” Maggiotto said of the witness.

He took notice of how long ago he tried the case. “You’re talking about a case that happened 31 years ago,” he said.

Maggiotto said he was going with the evidence he had at the time and he thought FP was credible.

Maggiotto worked for the Brooklyn DA from 1984 to 1990 when he joined the New Hampshire Attorney General’s Office.

Smart, who was a 23-year-old school media coordinator at the time, was convicted as an accomplice to the May 1, 1990 murder of her husband Gregory in their Derry condominium.

She was attending a meeting the night her former teen lover Billy Flynn shot him to death and insists she didn’t entice him or in any way encourage him to do it. Smart was sentenced to life without parole after a televised trial that made headlines around the world and led to books and the movie “To Die For.”

Smart’s mother, Linda Wojas, hopes the Domond case will help her daughter, who continues to proclaim her innocence, continue in her search for justice.

Smart’s incarcerated in Bedford Hills Correctional Facility for Women in Westchester County, New York. Despite continuing efforts over the years, Smart has been unable to convince the Executive Council to hold a hearing so she can plead her case hoping to have her sentence commuted.

Mother and daughter hope this news about Maggiotto will be the opening they need. They have been in communication since a friend emailed Wojas the story about Domond in the New York Daily News Friday.

“I would like to say that now that his (Maggiotto’s) integrity has been impugned, I believe all his cases should be reviewed,” Wojas said in an email Saturday.

Smart told Wojas: “I feel God’s hand working in this, as I have felt Him working in my life throughout this ordeal.  Maybe now people will see that I was unlawfully convicted of a crime I never committed.”

Maggiotto has been adamant over the years that Smart got what she deserves. But Smart has many supporters, too, who lobby for her release as her case continues to generate headlines.

District Attorney Gonzalez said the reinvestigation pertained to the March 1987 murder of Patrick Hinkson in Brooklyn. He was dropped off at a hospital after being shot by a man who said the victim was killed in the parking lot of a local club.

“No crime scene was ever established, and no forensic evidence was found so the prosecution hinged on FP’s testimony,” Gonzalez’s news release said.

One of the key documents the unit found in the case file indicated FP was being held pre-trial in the Psychiatric Forensic Unit in the G Building of Kings County Hospital. Record searches and interviews with practitioners who worked there at the time, revealed that the G Building exclusively housed psychiatric patients and that FP likely suffered from “a very serious mental health condition,” the release said.

FP died in 2006 and his jail and hospital records no longer exist. Other potential witnesses could not be located.

“But the (Conviction Review Unit) concluded that the prosecutor should have known of FP’s mental condition and by withholding that information, the defendant was prejudiced and not afforded a fair trial,” the release said.