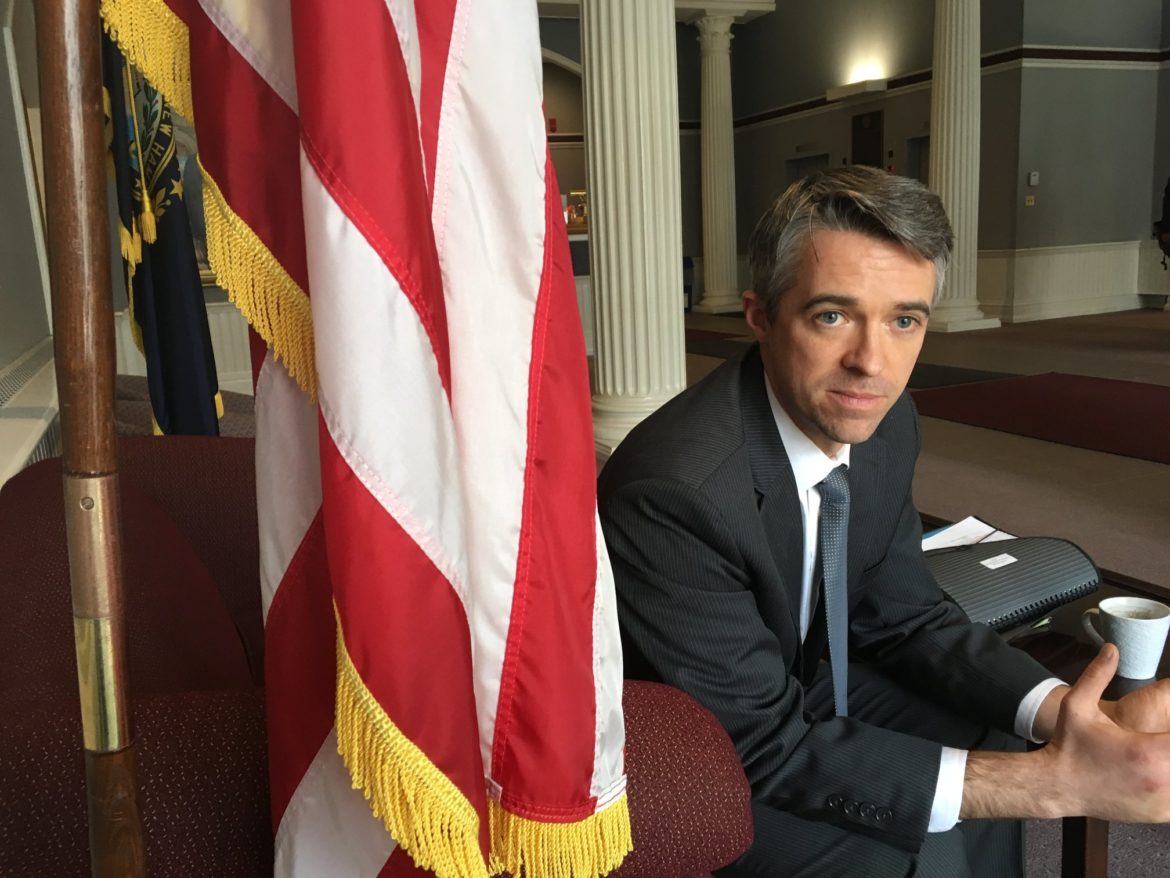 State Sen. Jon Morgan is pictured in this pre-COVID-19 photo

A special legislative study committee created to examine the crisis in New Hampshire’s nursing homes during the pandemic will send a list of 15 recommendations to Gov. Chris Sununu after meeting for the seventh and final time Thursday Oct. 22.

Their list will include five items addressing staffing issues, another four grouped under wages, and another six recommendations the committee decided to group under operational changes.

In little more than a half-hour to wrap up their work, the committee of five legislators adopted draft recommendations based on the testimony of nursing home administrators, experts, and state officials who appeared before the committee in weekly sessions since Sept. 7.

In most cases, the committee adopted the suggestions of the experts, and during Thursday’s session the legislators decided to group the draft recommendations into three main areas.

The Committee to Study the Safety of Residents and Employees in Long-Term Care Facilities was created this summer by a bill signed into law on July 24 by Sununu, HB 578,  and is charged with examining cost controls in long-term care, staffing, reimbursement of costs of training nursing assistants, risk of suicide among residents and employees, personal protective equipment, and policies on infection control.

New Hampshire has had more than 9,900 confirmed cases of COVID-19 since the pandemic began in early 2020. Of that total, the state’s nursing homes have been among the hardest hit, with 380 of the state’s 469 deaths in long-term care facilities, representing, and 81 percent of the state’s total deaths.  (Figures are from Oct. 21)

Among the committee’s findings detailed in their draft report were statements that the pandemic has exacerbated existing issues within long-term care facilities, including staffing shortages, price gouging of critical supplies, and low-quality equipment being sold to facilities. The panel also found that there continues to be inconsistent or incomplete discussion between health officials and long-term care facilities about testing, funding, and equipment issues.

Social isolation has had a negative impact on the health and safety of residents of long-term care facilities, especially those suffering from dementia and Alzheimer’s, according to the panel.

At the final study committee meeting, legislators debated the merits of including some points in their recommendations, discussing whether some items should be combined. Also debated were the suggestions for several more study committees. In the end, they decided to group the similar issues under three headings.

As voted unanimously, the recommendations by subsection include:

The state should create a program to address staffing shortages at long-term care facilities and reinstate stipends under a program similar to the Long-Term Care Stabilization Fund that ended in July.

Also, the minimum wage offered at long-term care facilities should be raised to a livable wage and the reimbursement rates from the Center for Medicare and Medicaid Services (CMS) should be increased, along with the cap for payments made by counties and the state.

To help alleviate the staffing shortage, the use of volunteers, including retired nurses and health-care professionals, should be promoted to help alleviate burnout among staff.

Auxiliary staffing under the Governor’s Emergency Order 42 should become permanent  to address an ongoing staffing shortage which existed before the  pandemic.

In a nod to several experts who testified on staffing shortages, the panel recommended the Community College System of New Hampshire should expand its LNA and LPN training. Also, nursing students should be considered essential and allowed to enter long-term care facilities during shutdowns in order to receive clinical training in a real-world setting.

Also, minimum staffing levels should be established to combat the statewide staffing shortage in health care.

The remaining six recommendations included protections against price gouging; the ability to go after low-quality equipment should be increased and strengthened; the Office of the Long-Term Care Ombudsman should be given access to long-term care facilities despite the COVID-19 pandemic to ensure transparency and openness; the state should work to increase access to high-quality rapid result point of care COVID-19 testing equipment to allow increased family visits; testing for COVID-19 should become a precondition for employment at long-term care facilities; the number of beds available under the Choices for Independence program (CFI) should be increased, and the program better funded, in order to meet the shifting needs and desires of aging citizens who wish to remain in home settings; and a future study committee should look into issues relating to the design of long-term care facilities, especially the Green House Model.

Committee Chairman state Sen. Jon Morgan, D-Brentwood, called the final recommendations “extremely comprehensive” and told fellow committee members, “It really was a privilege to dive into such an incredibly important issue with you in such a short time frame, in this historic time while our long-term care facilities are dealing with multiple crises simultaneously in the second-oldest state in the nation.”

Besides Morgan and Berch, other members of the panel were Sen. Ruth Ward, R-Stoddard; Rep. Jerry Stringham, D-Lincoln, a bill sponsor; and Rep. Charles McMahon,  R-Windham.

You may find the committee’s draft report at this link: http://gencourt.state.nh.us/statstudcomm/committees/1521/